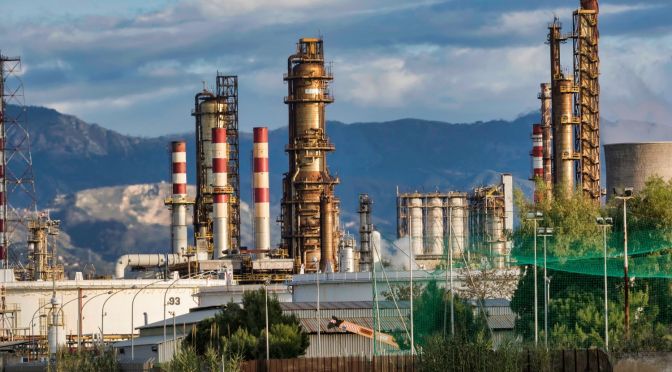 Governments should be pushing us toward renewable energy, not subsidising fossil fuels

As George Monbiot writes in The Guardian today, the only way to reach this 1.5C target is to dismantle our fossil fuel infrastructure. It’s time to end our dependence on oil and gas.

‘The tragedy of our times is that the gathering collapse of our life support systems has coincided with the age of public disservice. Just as we need to rise above self-interest and short-termism, governments around the world now represent the meanest and dirtiest of special interests.’

The IMF reports that global governments are giving the fossil fuel industry $5 trillion a year in subsidies. With oil and gas companies pledging to ramp up their development of new reserves, we are at a critical moment for the planet and our future.

Barry Saxifrage is the climate reporter for Canada’s National Observer. He recently ran an in-depth analysis of the current BP Statistical Review of World Energy. His findings are a wake-up call that we have to do more if we want to reverse the impact of climate change.

Here is just a sample of what he found:

Half of all fossil fuel burning since the Industrial Revolution has happened in the past 29 years. And we’re burning more fossil fuels each year.

Saudi Arabia burns the most fossil fuels, but Canada, the US, Australia, South Korea and Russia are all well above the global average.

Whilst we are using more renewable energy sources, we’re still too dependent on oil and gas. Since 1990, we’ve used four times more fossil fuel than renewable energy alternatives. And the gap between the two is only increasing.

As Bloomberg reported, worldwide investment in clean energy has hit a six-year low. The US, Europe and China all show investments drying up. There are a few countries thinking longer-term. Japan, India, Spain and Sweden have all increased their spending on renewable energy.

Monbiot lists the ways global governments are protecting the interests of the fossil fuel industry over the health of the planet:

So what can you do to make a difference?

We’d love to hear how you’re ditching fossil fuels for cleaner energy sources. Let us know in the comments below or join the conversation on social.