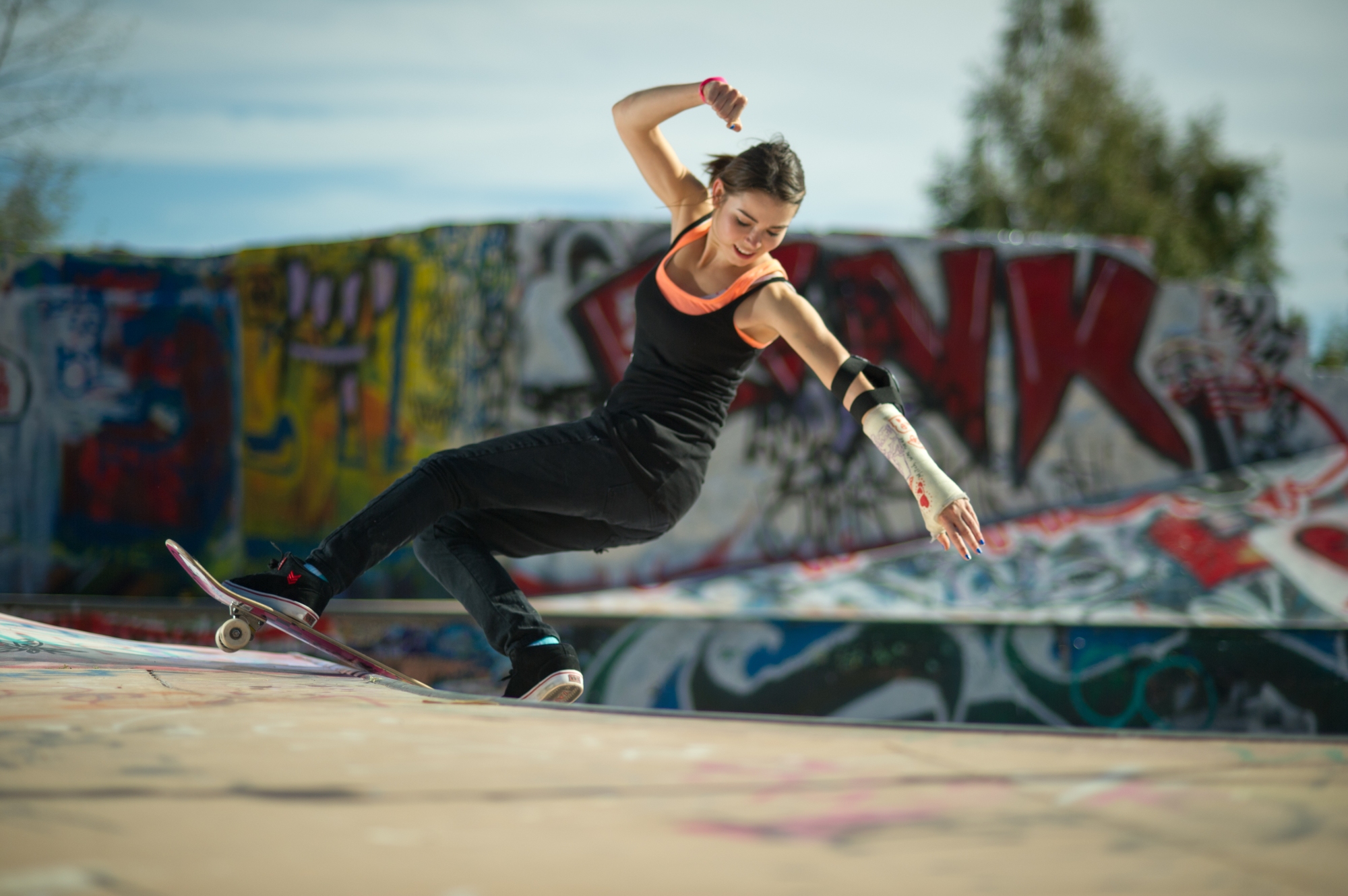 7 Vegan Athletes Going for Gold at the Tokyo Olympics

This year’s Olympics – currently taking place in Tokyo, Japan – have been eagerly awaited.

The international sporting showcase had been delayed for a year due to the COVID 19 pandemic. Now it’s back with several new sports making their international debut and shining a light on some of the world’s star vegan athletes.

Take skateboarding. This counter-culture activity has finally been recognised as an official Olympic sport. Not only was the women’s street skateboarding podium the youngest in Olympic history – Rayssa Leal of Brazil and Momiji Nishiya of Japan, both 13, won silver and gold, respectively – but the discipline is dominated by plant-based boarders.

Here we celebrate 7 Olympic-level champions and how these vegans train for victory.

Born to board, Brodkha may live and train in California but she’s competing for Team Poland in the Women’s Park Skateboarding at the Olympics. At 31 years, she’s definitely an OG of the scene. She credits her switch to veganism for her long-lasting sporting career.
“I transitioned to a plant-based diet as a part of my effort to maximize my skate longevity, and it has made a world of difference in my overall wellness and ability to recover. I’ve definitely run into many skeptics who tried to talk me out of it but to me, the positive impacts on my health are undeniable!” she explains to VegNews. As well as competing professionally, Brodkha advocates for female athletes. She recently launched “Exposure Skate”, a nonprofit for women in the sport.

Kong has been sharpening her skills since failing to qualify for the 2016 Olympics. Kong practices yoga, meditation, and bodyweight exercises. She credits this alongside a strict vegan diet for keeping her physically and mentally agile. The double medal-winning Asian Games fencer had thought about turning vegan for several years. However, it took a serious injury for her to take the plunge and adopt a plant-based diet. This lifestyle change, she says, was instrumental in her recovery and return to the top of her sport.

This vegan bronze medalist is representing Team USA in women’s volleyball at the Tokyo Games. Adams won her first FIVB Volleyball Women’s World Championship In 2014, before helping her team win a bronze medal at the 2016 Olympic Games. She admits her path to veganism wasn’t straightforward, stating that athletes are conditioned to believe they have to eat meat to achieve peak performance. However, after going vegan, not only did the volleyball victor’s recovery time speed up, and joint inflammation reduce, but her skin has never looked better!

This Californian professional surfer has won the gold medal at the International Surfing Association Open Women’s World Surfing Championship in 2015 and 2016. Now, alongside her skateboarding, surfing has become an official Olympic sport. And Blanco the official poster-girl of vegan surfing. Hailed as one of the top 50 female surfers in the world, Blanco is the product of a vegetarian family. The super surfer went vegan in 2013 after watching the documentary “Glass Walls” – a PETA documentary on factory farming narrated by Paul McCartney – and has promoted the lifestyle since then on her social media channels.

Few had heard of this twenty-six-year-old marathoner prior to the elite London Marathon this past October. She was allowed to compete in the exclusive race, though her previous personal best ranked her dead last. She shocked the running world, crossing the finish line at 2:33:23—the second British female to complete the race. Naomi turned vegan in 2015 when she got married.
“My husband was learning more about the ethical and environmental benefits of veganism and so it was a decision we made together,“ she explains to Great Vegan Athletes. “I had decided to run my first marathon in April 2016. As someone who didn’t buy or eat a lot of meat, I was interested in how best to balance my nutrition to allow for adequate recovery during my training. Her plant-based diet now plays a crucial role in refueling the runner through her demanding training schedule.

The delay in Olympic scheduling worked in this vegan soccer star’s favour. Having recently had a baby, the supermum got a chance to spend quality time on the latest addition to the family plus her training. The list of this Morgan’s accolades is endless – Olympic gold medallist, FIFA Women’s World Cup Champion, and US Soccer Female Athlete of the Year – to name but a few. Described on the FIFA website as “one of the best forwards in the world,” Morgan went vegan when she fell in love with her rescue dog Blue. Subsequently, the super striker has become a vocal advocate against animal cruelty, partnering with PETA. She believes her plant-based diet is the secret to her sporting success.

When Victoria Stambaugh was little, she dreamed of growing up to be like Jackie Chan. The “Rush Hour” fan and martial arts maestro is currently representing Puerto Rico in Tokyo. Stambaugh is one of many athletes who have reported reduced inflammation, better respiratory functions, faster recovery times, and more energy as a result of ditching dairy and meat. But that doesn’t mean she doesn’t enjoy the odd treat. Currently, the taekwondo titan can’t live without vegan pizza!

Check the latest news and results from the Tokyo Olympics here.