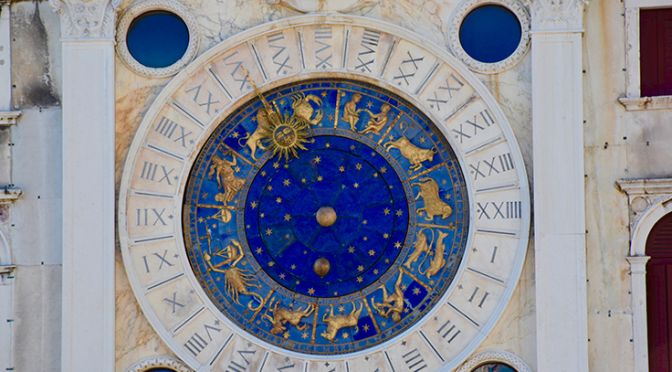 Dominic Cummings recently came under fire for saying that he had predicted the coronavirus pandemic in a blog post he published in March 2019. The truth is that he edited the post between 9 April and 3 May this year, after the pandemic was in full swing around the world.

So his psychic capabilities have been thoroughly debunked, but what about the people who actually make their living predicting the future? How did the real(?) psychics do?

Hayley Phelan, writing in the New York Times, shared Susan Miller’s prediction that 2020 would ‘be a great year, and it will be a prosperous year’. The excitement of her followers quickly turned to anger ‘because – it probably doesn’t need pointing out – things didn’t exactly go according to the stars’ plans’.

And yet, ‘horoscopes appear to be more popular than ever’.

Referencing data provided by Lucie Greene, a cultural trend analyst, Hayley found that ‘Dazed Beauty saw a 22 percent increase in horoscope-related traffic this quarter versus last quarter’ and that ‘Comscore, a media analytics company, shows that traffic for major astrology sites like Astro, CafeAstrology, and AstrologyZone increased in March when compared to February’.

Emma Rosenblum, the editor in chief for the lifestyle category at Bustle Digital Group, overseeing content and strategy for Bustle, Elite Daily, Romper, NYLON and The Zoe Report, said:

‘Astrology for us is a consistently high-performing category across all our sites. In place of traditional religions and spirituality, I think some people — particularly in this time of such uncertainty — are doubling down even more on horoscopes.’

Astrology is a $2.1 billion industry, large enough for venture capital firms to take notice and invest big. As Erin Griffiths wrote in another Times article:

‘In recent years astrology traded its psychedelic new-wave stigma for modern Instagrammy witch vibes, and those vibes are very popular with millennial women. This means there’s money to be made.’

The astrologists she interviewed for her article pointed to the election of Donald Trump as a boost for their industry as people were looking for deeper explanations of what was going on in a world suddenly upended.

Journalist Amanda Hess agrees that the renewed interest may be the failure of scientific data to predict the outcome of the election as well as the fact that young people are turning away from religion. But she also points to the role of technology in the renewed interest in the stars and planets.

‘I think the astrology boomlet owes as much to the dynamics of the modern internet as it does to any sort of cosmic significance about the millennial’s place in the universe. Astrology checks several boxes for viral-happy content: It provides an easy framework for endlessly personalized material, targets women and accesses ’90s nostalgia. It’s the cosmic BuzzFeed quiz.’

So while some people turn to their horoscopes for a bit of harmless distraction, others are incorporating astrology apps into their health and wellness routines and still others won’t plan their next move without consulting their astrologist. And the tone of our readings is certainly changing.

‘It used to be that horoscopes were more or less apolitical; they promised travel, pay raises, and, of course, locking eyes with that soul mate on your morning commute. There was very little hay to be made about the global economy, systemic inequality and other structures, which undeniably impact a person’s fate. But in recent years, the genre has moved in a more politically and financially aware direction. Basically, astrology’s gone woke.’

Whether astrologists foresaw the global pandemic or not, one thing will remain true: people will continue to examine events on their journey to find a deeper meaning, be that in science, their faith or the stars…