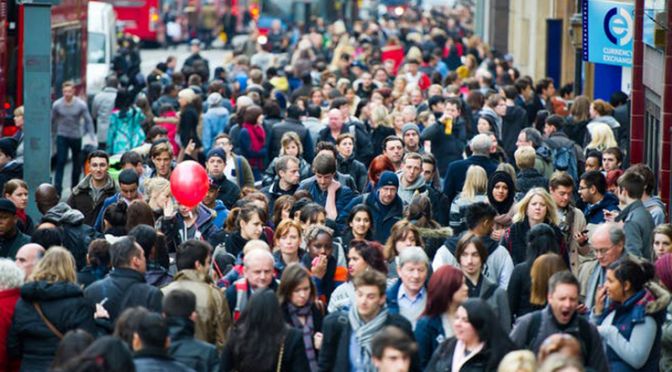 So far, the impact of the coronavirus crisis has not been felt equally across the UK population in health and economic terms. If it is followed by a major recession, the effect on inequality could worsen dramatically.

The risk of infection has varied depending on where you live. But within cities it is the poorer areas that have the highest infection rates. In London, for example, poorer inner boroughs such as Lambeth and Southwark have triple the per-capita infection rates than the leafy suburbs of Kingston, Sutton and Bexley.

One reason might be that is more difficult to socially isolate in overcrowded social housing. But it is also the case that those living in the most deprived neighbourhoods are more likely to be in poor health than those living in less deprived areas of the country. On top of that, middle-class people are more likely to have jobs where they can work at home, while those who have to travel to work are more at risk of infection.

Despite the unprecedented effort by the government to support the incomes of those in employment, large numbers are becoming unemployed because their firms, large and small, are going bust before they can get aid. The worst hit are workers in the hospitality, retail, and arts and leisure sectors, who are disproportionately young, female and low-skilled. And many of the five million self-employed workers will not be able to wait until June for the government’s promised grant to be paid, or will not qualify.

The harsh reality of the UK’s inadequate welfare system is becoming evident for the one million who applied for benefits in the past two weeks alone. As a result it is becoming difficult to even access the over-strained universal credit system. And the low level of benefits means that households on average will have their income reduced by two-thirds.

It seems increasingly likely that the immediate economic effects of the pandemic will lead to prolonged global recession that could be as severe as the 2008 financial crisis. The collapse in demand and the freezing up of production will only intensify over the next year if, as health experts predict, we will need to continue social distancing to limit further outbreaks of the disease.

The speed and depth of the economic crisis has already been unprecedented, even by the standards of previous recessions. Business and consumer confidence is plunging faster than in the 2008 financial crisis, and unemployment is rising faster as well. Economic forecasters are predicting a massive contraction of the economy – up to 30% – in the next quarter.

A global recession, as predicted by the International Monetary Fund could make recovery in any one country more difficult. The UK government, whose finances have already been stretched to the limit by the crisis – and will worsen if it goes on much longer – may not have the firepower to revive the economy.

And if it seeks to reduce the deficit by cutting public spending again, this will place the burden of adjustment on the poor and public sector workers, increasing inequality even more. In the last recession median real incomes did not recover for a decade. This time, many more people might be unemployed, and many more firms might not survive the downturn, further straining the social fabric.

Can we reshape the future?

The pandemic has already turned upside down much conventional wisdom. Will radical shifts in policy be the result?

One possibility might be that people in the UK will value public services more, and be willing to pay for them, accepting that government spending should rise substantially to Scandinavian levels. A fairer taxation system, including greater taxation of wealth and higher incomes, may become the accepted price of better services.

The crisis has also shed a sharp light on the inadequate nature of the UK’s social safety net. This might open the door to considering a more generous system where everyone is guaranteed a minimum income as happened in Spain this week.

The crisis could even lead to a collective rethink of how work and community are valued. Which jobs and voluntary activities are actually most crucial to society, and how should they be better rewarded? And how can we build on the spirit of community in the crisis to build better and more resilient communities, working across government, voluntary sector and business to strengthen social infrastructure?

As the UK begins to plan an exit strategy, it is not too early to start thinking about how government policy can rebuild the economy, repair social and public-sector fabric, and help those ordinary people most affected by the crisis.