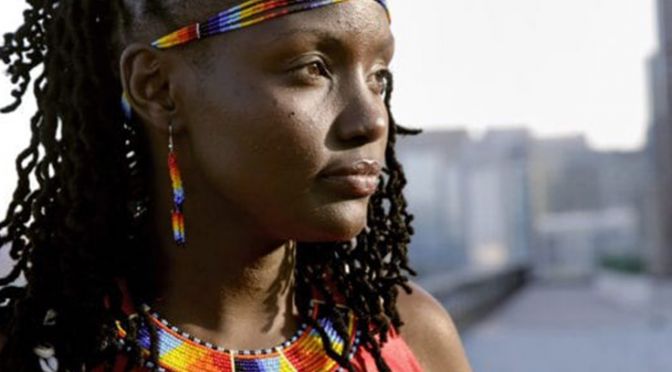 ‘My mom was taken out of high school and married to my father as one of his three wives. She couldn’t finish her education and that’s the story of so many Samburu girls. That’s what motivated her to fight for us, her daughters, to go to school.’

In an interview for Women’s Day 2018, Josephine Kulea said that she was aware from a young age that child marriage and female genital mutilation (FGM) was part of the Samburu culture. But when she transferred to an all-girls school in a different region she was surprised to find that the girls weren’t being married off, weren’t being cut, and she started asking herself a lot of questions.

With her mother’s support, she studied nursing and went back to her village to work. She knew she wanted to fight against child marriages, FGM and beading – the practice of young Samburu men using girls as young as eight for sex.

The first girl Josephine rescued was her cousin, who was about to be married off at age 10. Two days after the rescue she got a phone call and discovered that her seven-year-old cousin had been cut and married off in place of the girl she rescued. So she called the police and had them arrest the men involved. The elders put a curse on her and the community backlash was intense, even resulting in threats of violence against her.

But Josephine stood her ground.

‘I believe that children have the right to go to school, or at least the right to be protected. So I continued rescuing other girls and neighbours.’

Paying their school fees out of her nursing salary, she realised she needed help if she wanted to rescue more girls. So in 2012 she formed the Samburu Girls Foundation’s (SGF) so more people could get involved.

They’ve now rescued over 1,100 girls and helped educate 321. They operate in four counties in Northern Kenya and have trained 340,000 people through their programmes. And slowly but surely, the community is coming around. They even donated 15 acres to build a rescue centre for the SGF.

Lucy and Ben Siegle, Melinda Edwards MBE, Rukshana Ali and Alice Sinclair are all part of the same kayaking team. And they’ve been supporting Josephine’s work with the SGF, most recently helping them establish a ground-breaking trauma counselling programme. But COVID has put a halt to the work.

And even worse, 400 girls who have been living in the rescue and education centre have been sent home to the villages they’ve only recently escaped.

So the group have decided to kayak 20 miles on Saturday, 25th July, to raise £5,000 for Josephine and the SGF so they can continue to support the girls during the unfolding pandemic and lockdown. The money will help the SGF deliver essential food and supply parcels as well as checking in with the girls to make sure they are safe.

‘Josephine Kulea founded SGF to give “hope and a future” to Samburu girls. Years of hard and courageous work has gone into making that mission statement a reality. Your donation will help SGF to stand by these young women in this time of crisis and ensure that their hope remains alive.’

To learn more and donate, visit their JustGiving page and share this story on social.