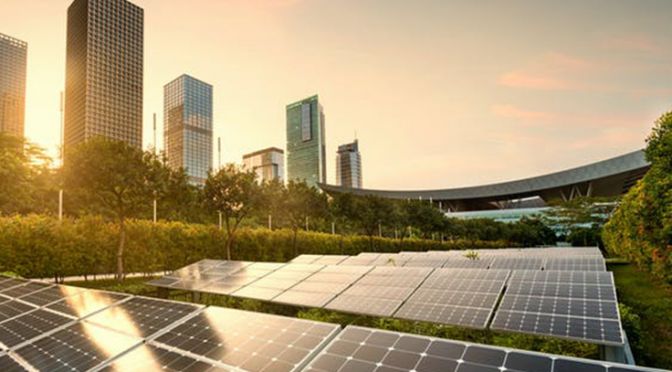 A Path to Decarbonisation

Climate action was an afterthought in post-2008 economic recovery programmes; it must be the guiding principle now

As states contemplate how to restart the global economy after the pandemic, it’s important to remember that we’ve been here before. T

he global financial crisis of 2008 didn’t cause as much social and economic harm as COVID-19 has, but it did force governments around the world to intervene in the economy, to limit the fallout from the crash.

Vital though these interventions are, states need to consider what a post-pandemic economy looks like. If handled correctly, it could be a once-in-a-lifetime opportunity to create a system that’s fundamentally fairer and more sustainable.

That would mean ensuring that climate action is baked in to stimulus packages and bailouts. There were similar ideas floated in the wake of the 2008 crash, but they only amounted to investments in green energy and infrastructure of around 16% of total fiscal stimulus spending.

Given the mounting urgency of the climate crisis, a post-pandemic recovery programme would need to be much more ambitious, ensuring a planned retreat from fossil fuels that reallocates employment into secure and socially useful work, while also making the global economy and supply chains more resilient to inevitable future shocks.

Before COVID-19, momentum around the world had been building for ‘a green new deal‘ – a programme of state-led investment to rapidly reduce emissions and economic inequality by creating green infrastructure and jobs.

Amid the recent turmoil, investors are looking for safe assets. Governments could finance a green overhaul of the economy by encouraging them to invest in low carbon infrastructure through ‘green bonds’. These could be issued directly by central governments, or through national or regional green investment banks.

With the nine-to-five rhythm of the weekday grinding to a halt, the lockdown has affected profound changes in energy demand. While the UK approaches its record for the number of days without generating energy from coal, now is a good time to restructure national electricity grids away from a centralised model, with fossil fuel power plants radiating energy outwards, to a model where energy generation is distributed among many sources of solar and wind, like rooftop photovoltaic panels and community-owned wind farms.

The fossil fuel industry was already struggling before nationwide lockdowns caused a crash in consumer demand. States should end the subsidies propping up the industry and re-allocate that money to research and development funding for battery storage technologies and clean energy. Given how weak the sector is – with oil prices plumbing new lows each day – states could buy oil and gas companies out and take their reserves into public ownership, effectively keeping those fuels in the ground. Displaced workers could be compensated and retrained, which has happened in the Spanish coal industry.

The pandemic has also exposed the fragility of the UK’s food supply, with its limited storage capacity, a just-in-time supply model, and dependence on imported food. Suddenly we’ve realised the social and environmental absurdity of flying and driving much of our food from big producers far away.

Many people have taken the initiative during this crisis to support small businesses and buy food from local suppliers. Economic stimulus measures could build on this by ensuring large public sector organisations that are anchored within communities, such as councils, colleges or hospitals, source their food from local producers. The Preston model of ‘re-localising’ economic activity shows how it might be done.

While many people are stuck in their houses, thoughts have inevitably turned to home improvement. It wouldn’t cost a great deal for governments to roll out a mass home insulation effort after the crisis, targeting households which are struggling most with fuel poverty first. This would pay for itself in energy savings, and warmer homes would improve the health and well-being of many, while also creating green jobs that can’t be outsourced.

Despite the numerous declarations of ‘climate and ecological emergencies’ in 2019, the pandemic of 2020 has shown what a global emergency looks like in real time – and how public resources can be leveraged to rapidly deal with it.

While green investment and climate action were afterthoughts in post-2008 economic recovery programmes, they must be the guiding principle behind rebuilding the economy after the pandemic.