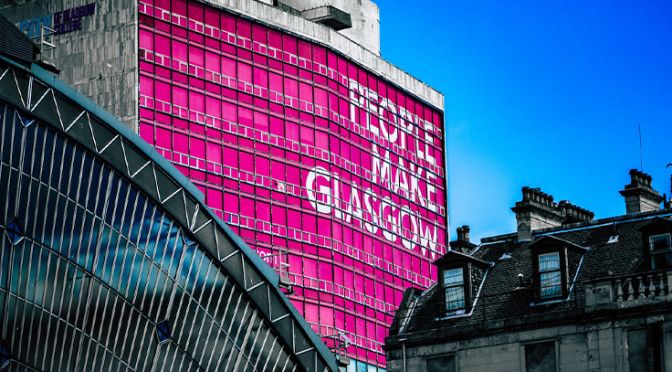 COP26: What Is It and Why You Should Care

I don’t know about you, but for me, 2019 was the year when climate change became real.

I couldn’t avoid the headlines of natural disasters and personal experiences of extreme weather events. My book recommendations on Amazon skewed heavily toward environmentalism and activism.

I was energised by the solidarity of weekly climate strikes culminating into one of the world’s largest protest movements in the autumn. And I’ve had more conversations around single-use plastic, trying meat-free Mondays and greenhouse gas emissions in the past six months than the rest of my life up to this point.

Media coverage is starting to build around the COP26 Summit later this year, and as this is a crucial year for climate action around the world, we felt it only right to give it some air time on this platform too.

So here is a quick primer to get you up to speed.

Let’s take a quick step back for context and look at the United Nations Framework Convention on Climate Change (UNFCCC).

The UNFCCC was formed in 1994 in order to prevent ‘dangerous human interference with the climate system’.

Their website goes into more detail, but the short version is that they:
> Recognised there was a problem and ‘bound member states to act in the interest of human safety in the face of scientific uncertainty’
> Set lofty, but specific goals to stabilise greenhouse gas concentrations
> Put the onus on developed countries to lead the way
> Direct new funds to climate change activities in developing countries
> Keep tabs on the problem and what’s being done about it
> Chart the beginnings of a path to strike a delicate balance
> Kick off formal consideration of adaptation to climate change

COP stands for Conference of Parties and is the decision-making body of the UNFCCC. With COP26, this is the 26th gathering of the Parties to discuss and agree coordination action to tackle climate change.

Where is COP26 happening?

Similar to the Olympics, countries put themselves forward to host the COP, and this year the UK is hosting the conference.

Not only is it the largest international summit the UK has ever hosted, it’s also going to be one of our first big events after Brexit. So there’s a lot of scrutiny on how we perform.

The conference will take place at the Scottish Event Campus (SEC) in Glasgow on 9-20 November 2020.

Who is involved in COP26?

There is almost near universal membership in the UNFCCC with 197 countries that have ratified the Convention. Around 30,000 delegates from around the world are expected in Glasgow in November.

This includes heads of state, climate experts, campaigners and entrepreneurs. As with COP25 in Madrid last December, protestors are also expected.

Organisers claim that 500,000 people marched in Madrid, calling for concrete action around climate change policies. The police are gearing up, with the BBC reporting that climate summit policing will cost more than £200m.

There is also a partnership with Italy and they will host key events ahead of the Summit like the Youth Event and the Pre-COP Summit (28 Sep – 2 Oct).

What are the previous COP milestones?

The most well-known and relevant outcome from a previous COP was the Paris Agreement from COP21.

In it world leaders agreed that global average temperatures should not rise more than 2 degrees Celsius above pre-Industrial levels. And that they would pursue efforts to limit the rise to 1.5 degrees Celsius.

They also agreed to targets to cut or curb their greenhouse gas emissions by 2030. So the next ten years are crucial in making progress toward the Paris Agreement, but even more needs to be done because current targets don’t go far enough to stop the rise of 2 degrees Celsius.

How is the preparation going?

Unfortunately, the UK hasn’t gotten off to the best of starts with COP26.

Claire O’Neil was named President of COP26 and then promptly fired. Efforts to find a replacement have stalled with both former Prime Minister David Cameron and Lord William Hague, former leader of the Conservative Party, turning the role down.

In a surprise move, Alok Sharma has now been named President, but as The Guardian points out, he has a mixed record on voting for the environment.

The drama has highlighted a worrying lack of leadership and no clear platform for the Summit with only nine months to go.

Hopefully Alok Sharma can quickly get up-to-speed with the extremely challenging job of bringing the world leaders together to make a meaningful step toward solving the climate crisis.

But it’s all to play for…

As David Attenborough said in his remarks at the launch event:

‘This is now up to us: to put before the nations of the world what has to be done. We don’t need to emphasise to them or to you, that the longer we leave it and not doing things, but going on talking about the problems, the worse it’s going to get. And in the end, unless we do something, it becomes insoluble.

So now is the moment. Now does become extremely important.’

COP26: The World Comes to Glasgow in November 2020 Subscribe to our newsletter to stay up to date as the Summit evolves.