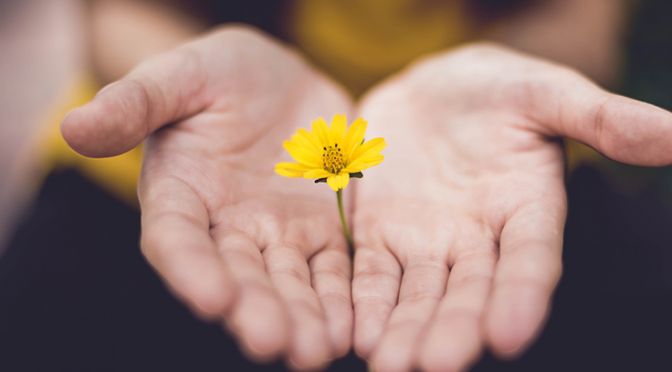 A View of Two Earths

‘Those who cannot remember the past are doomed to repeat it…’

Next month marks the 50th anniversary of Earth Day. And while our efforts to understand, prevent and treat the spread of Covid-19 is dominating headlines, we shouldn’t lose sight of the long game in protecting and restoring the planet.

National Geographic is dedicating their April issue to Earth Day and is looking at two future scenarios of what the earth might look like in the year 2070.

One is an optimistic piece about the future we could build, written by journalist and author Emma Marris.

It’s a broadly sweeping look at the many ways we can solve the problems exacerbated by climate change.

‘What gives me hope? We already have the knowledge and technology we need to feed a larger population, provide energy for all, begin to reverse climate change, and prevent most extinctions.

The public desire for action is bursting forth on the streets.’

We can cut our emissions from electricity and heat generation in half over 10 years, according to Jonathan Foley at Project Drawdown. Renewables can be deployed at scale and storage options are only improving. And we can continue developing technology to remove greenhouse gases from the atmosphere.

We can create a hybrid approach to farming – intensive, vertical farms in skyscrapers as well as regenerative agriculture on large outdoor farms. We can integrate better with nature and wildlife in a way that promotes biodiversity and enhances mutual wellbeing.

We can retrofit buildings to be more energy efficient and make the switch to electric vehicles. We can make improvements in public transportation in a way that doesn’t harm the planet.

And we can ensure we’re educating girls and giving women access to birth control to stabilise the global population and regulate demand for resources.

‘If we don’t paralyse ourselves with despair, we can still change course.’

One the other hand, Pulitzer Prize-winning author Elizabeth Kolbert takes the pessimistic view of what our planet might look like in 50 years if we fail to take robust enough steps to reverse or halt climate change.

We’ve seen all of those in the last 12 months.

‘I could go on and on listing the dangerous impacts of climate change, but then you might stop reading.

My point is: We’re already seeing a great deal of damage, and it’s increasing year by year.’

We’ve collectively laid out the path to this version of the future with our active choices or passive acceptance of the status quo.

The population keeps increasing, global food demand is growing exponentially, we live our lives of mass consumption with little thought of the damage done as we extract, produce, use and discard stuff.

And because the problems of climate change are cumulative, we have been building up levels of CO2 in the atmosphere and oceans that won’t go away immediately, even as we reduce emissions. We know that it will be incredibly difficult to keep average temperatures below the target of 2 degrees above pre-Industrial averages, much less the hoped for 1.5 degrees, as set out in the Paris accord.

‘If current trends continue, the world in 2070 will be a very different and much more dangerous place – one in which flooding, drought, fire, and probably also climate-related unrest will have forced millions of people from their homes.’

Susan Goldberg, Editor in Chief, writes in the opening letter of the April issue:

‘It’s impossible to know who is right. The stories in this issue reflect divergent realities. When I read about the young people taking charge of the environmental movement, I feel buoyed. Then I see Pete Muller’s photos of a scarred landscape we will never get back.

What I do know is that it is our job to provide a factual framework for what is happening, documentary photography about what is forever changed and what we can save, and information to help empower all of us to make a difference.’

Both articles – and the April issue in its entirety – are worth your time. They set out a stark choice that faces all of us.

Individual actions may not be enough to stop climate change on their own, but we can make a difference by demanding governments and large companies create and implement planet-friendly policies.

The past twelve months and the first four of 2020 should serve as our wake-up call. It’s time to act now – for ourselves, for our communities and for our planet.