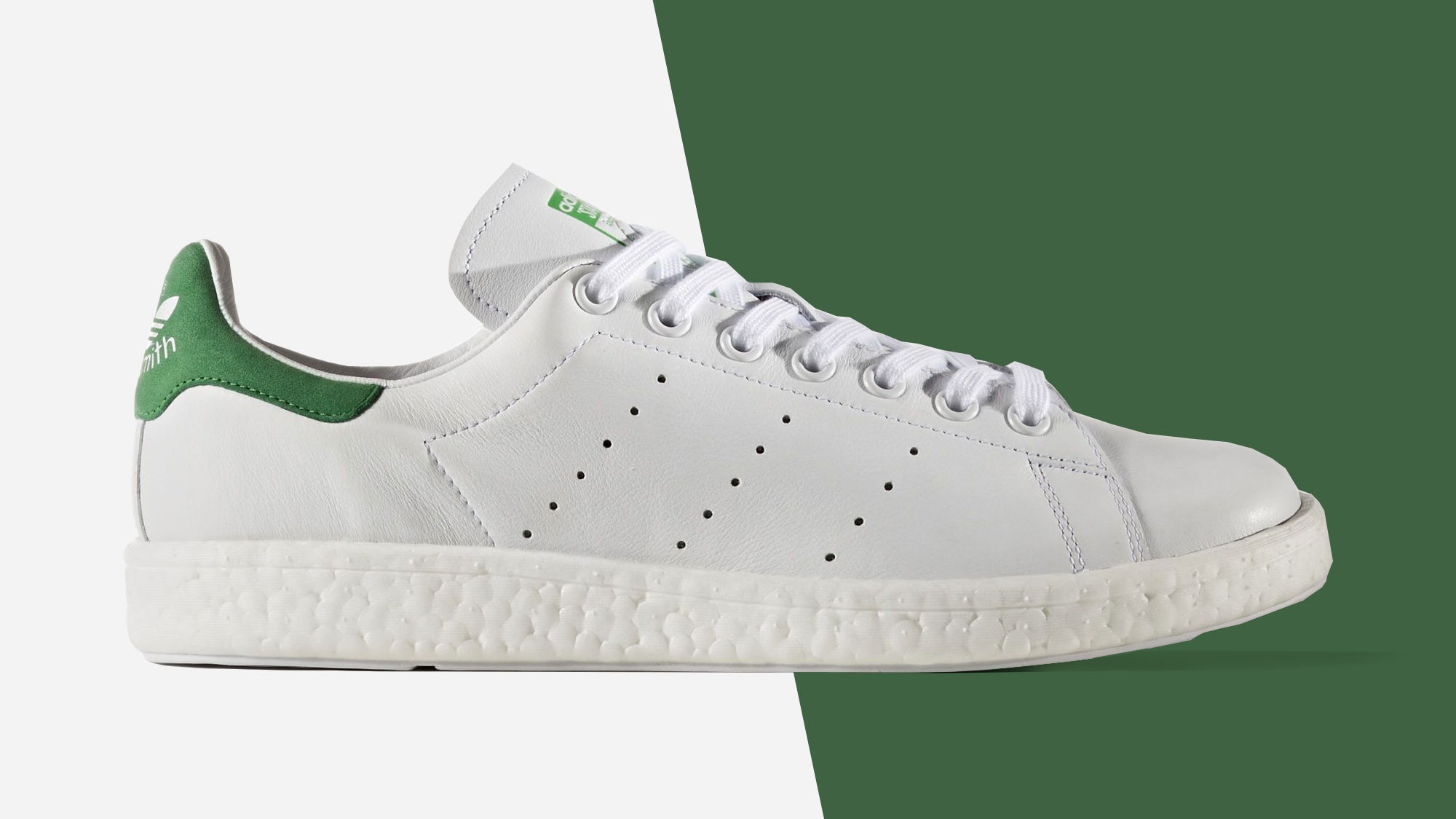 90% of Adidas Products Will Be Sustainable By 2025, Leather-Free Stan Smiths Leads the Way

Adidas is taking sustainability to the streets with an aggressive action plan and vegan leather footwear.

German sportswear giant Adidas announced plans to shift the bulk of its product offerings to “more sustainable” materials and processes by 2025. The announcement comes this week as part of the company’s five-year plan to overhaul its sales and sustainability strategies. Nine out of ten products will meet its minimum sustainability criteria before 2025, the company said.

According to Adidas CEO Kasper Rorsted, 70 percent of customers are now valuing sustainability considerations when making purchases. Adidas says it’s taking that in stride with its sustainability initiatives, including its “three-loop strategy.” That 2020 initiative is focused on three areas of sustainable product development: the Recycled Loop; Circular Loop; and Bionic Loop. They’re all part of Adidas’ plans to be carbon neutral by 2050. Beginning in 2024, only recycled plastic will be used.

“People understand that their behavior has an effect,” Carla Murphy, general manager of Adidas Outdoor told ISPO.com last month. “Now we need to be part of the solution – not the problem.”

The company partners frequently with Parley for the Oceans, a sustainability-focused organization that removes plastic from the oceans, beaches, and remote islands. It turns that plastic waste into yarn. Adidas and Parley made history five years ago with their first partnership on a plastic waste shoe; the range now boasts a dozen items including shoes and tracksuits.

Like upcycled plastic, alternative leather will play a role in the company’s sustainability shift; it released plant leather in its Stan Smith Stella McCartney collaboration in 2018. The newest version of Adidas’ iconic Stan Smith sneakers is made from mushroom leather. The shoes will launch later this year.

Adidas is also moving to shift the bulk of its business online — a model made successful by shoe giant Zappos. But it’s also becoming the norm in other areas; Tesla Motors became the first car company to move most of its sales online. Volvo recently announced a similar move along with its sustainability initiative that includes going leather-free. Adidas says it is aiming for e-commerce to make up 40 percent of all sales by 2025.