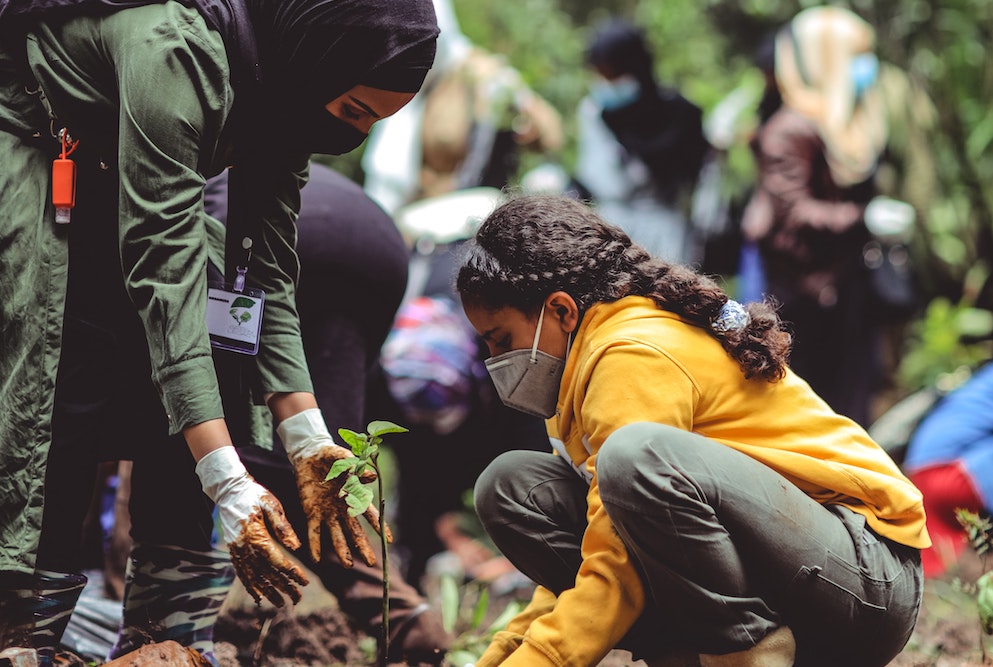 Stretching across the arid edge of the Saharan desert, an African initiative aims to plant three million trees to combat the region’s struggle with drought, deforestation, and carbon sequestration.

Dubbed the “Great Green Wall,” the expanse will stretch more than 8,000 kilometers across the continent along the Sahara desert’s southern border from Senegal to Djibouti. In total, eleven countries are involved in the project: Burkina Faso, Chad, Djibouti, Eritrea, Ethiopia, Mali, Mauritania, Niger, Nigeria, Senegal, and Sudan.

“It shows that if we can work with nature, even in challenging places like the Sahel, we can overcome adversity, and build a better world for generations to come.”

In January, the initiative received an additional $14 billion from France and the World Bank. France’s President Emmanuel Macron said the money will support the initiative’s effort to “sustain livelihoods, conserve biodiversity, and combat desertification and climate change.“

According to the World Economic Forum, the Wall will restore more than 100 million hectares of land, create 10 million jobs, and sequester 250 megatonnes of carbon by 2030.

“Green is not the first colour you typically associate with the arid Sahel region in Africa,” the Forum notes. But once completed, the Great Green Wall will be the largest living structure on the planet—even larger than the Great Barrier Reef off of Australia’s coast.

The initiative was launched in 2007 and aims to plant not just trees across the savanna, but also grasslands, vegetation, and other regional plants. But progress toward the goal has been stalled a number of times; it’s only achieved coverage in about 16 percent of the target area. That has proved lucrative, providing jobs and training to more than 500,000 people.

“In Ethiopia, 15 million hectares of land have been restored, while in Senegal, 12 million drought-resistant trees have been planted in less than a decade,” the Forum notes.

But concerns are mounting that the project could fail without proper care. Invasive weeds can crowd out the planted species and compete for resources.

“We do see a gap there … in terms of planting the right tree for the right purpose in the right place,” Ian Dawson, a senior scientist at the World Agroforestry Centre, told Science Magazine. Too often, he says, “The emphasis is on numbers, not quality.”

It’s a sentiment echoed by Elvis Paul Tangem, who coordinates the Great Green Wall Initiative for the African Union Commission. “You can plant a tree for $1,” he says, “but you cannot grow a tree for $1.”