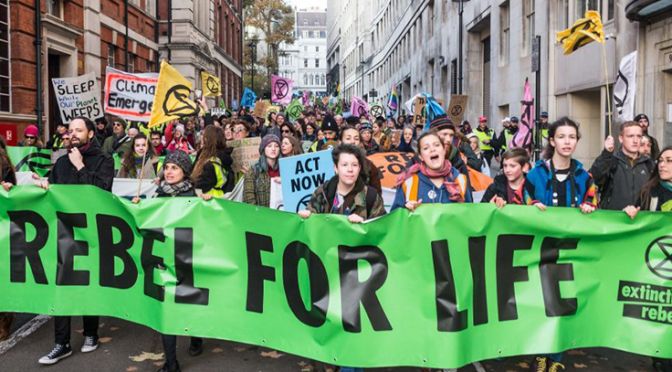 It seems that our friends at Extinction Rebellion had some Extra Terrestrial help this weekend. Clearly not keen on what we’re doing to the planet, the aliens landed and decided to make their mark at this year’s WOMAD Festival.

The festival, which took place in the UK over the weekend and played host to a number of incredible artists including Ziggy Marley, Macy Gary and ‘golden voice of Africa’ Salif Keita, is known as a celebration of world music, culture and conversation.

As well as the stellar line-up of musicians taking to the stage, WOMAD also offered their infamous World of Words with talks, debates, panels and performances – we headed down to witness a very exciting conversation with eco entrepreneur and Ecotricity founder, Dale Vince, Extinction Rebellion founder, Gail Bradbrook and environmental campaigner and founder of City to Sea, Natalie Fee. More about that to follow soon.

Meanwhile, and as festival-goers chilled out in the World of Wellbeing tents, aliens could no longer stand by and watch as we destroy the planet…