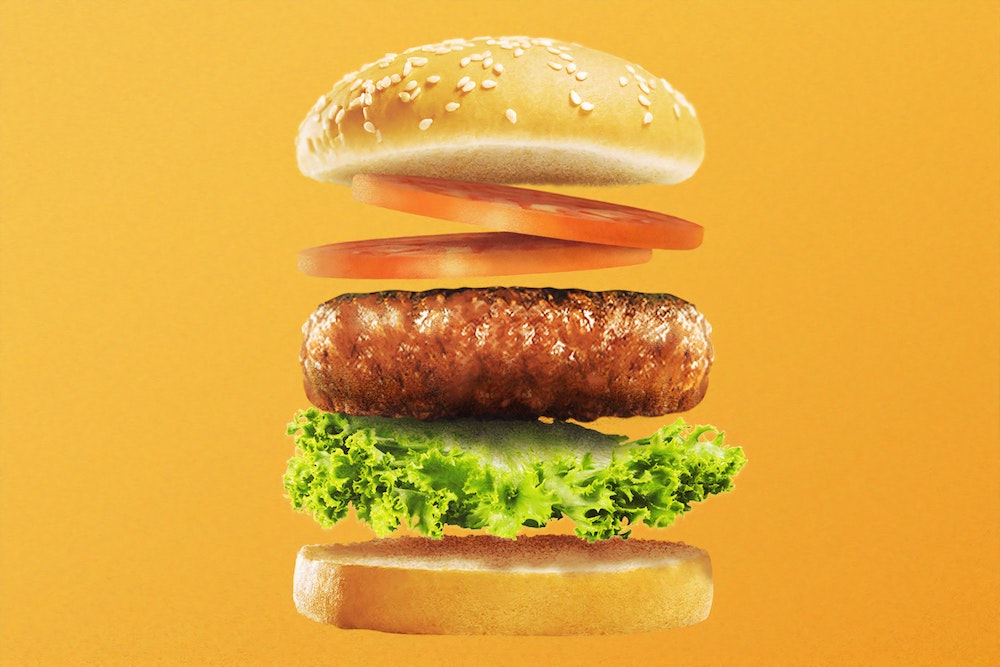 Words matter. They signal intent and motivation. Used incorrectly, words can obscure true meaning. At worse, words can be deceptive and euphemistic.

No one knows this better than the biotech industry. For decades, Monsanto tried to hide the presence of GMOs in food with euphemisms. For example, as I wrote about during the GMO labeling fight in California in 2012, Monsanto called GMOs “modern food production”. Consumers objected. Loudly.

Now, a new group of biotechnology pushers is taking a page from Monsanto.

More and more I am noticing certain animal rights advocates using the phrase “alternative proteins” to promote, well, alternatives to animal products. But only to include certain subcategories that fit their agenda. Other players have also adopted the phrase with this meaning, including investors and certain media outlets.

In its early years, GFI used the phrase “plant-based and cell-based meats, eggs, and dairy”. (They were using “clean meat” for a while until they realized that phrase made no sense; then in 2019 they adopted another greenwashing phrase, “cultivated meats”. But I digress.)

What are cell-based meats? Well, it’s complicated, but here is part of how GFI describes it:

“… cells are then grown in bioreactors at high densities and volumes… fed an oxygen-rich cell culture medium made up of basic nutrients … and supplemented with proteins and other growth factors.”

More recently, GFI added a third leg of the animal-replacement stool they call “fermentation”, yet another greenwashing term. Here is part of how GFI describes “microbial fermentation” (to be distinguished from kombucha I guess):

“Genes are the blueprint to construct a protein. Inserting the gene for an animal protein into a microorganism enables it to synthesize proteins with amino acid sequences identical to those derived from animals. These proteins are then separated from the microorganisms and used as an ingredient in other foods.”

The accurate term for both these processes is biotechnology.

But of course, consumers don’t like that term. (Funny that there is a company called “Biotech Foods”. Guess what they do? Cell-cultured meat.)

Because many animal rights advocates want to see animals replaced in the food system by any means necessary, they have lumped three strategies together under the banner of “alternative proteins”: plant-based meats, and the euphemistically-named cultivated meats and fermentation.

* Of course, there is nothing wrong with advocating for animals, I myself care about animals and that’s a large part of the reason I don’t eat them. My point here is just be honest about it.

In addition to greenwashing biotech, the phrase “alternative proteins” plays right into the hands of the meat lobby. Protein is not a food, it’s a macronutrient. We eat foods that contain nutrients.

Thanks to meat marketers, decades ago the word protein became synonymous with animal products. Of course, plants also contain protein, but the meat industry brainwashed people to believe that protein only comes from animals, so meat must be essential to the diet. And that’s how we got obsessed with protein, when Americans are not exactly protein deficient. (This article at the Mayo Clinic explains that most Americans get twice as much protein as they need.)

My mentor Marion Nestle (author of Food Politics) tried to explain this disconnect back in 2012 in an article in The Atlantic called “Once and for All, Protein Is a Nutrient, Not a Synonym for Meat”, with the subhead: “A plea to keep our terms clear when we discuss nutrients and foods. Protein is a nutrient, and beef and pork aren’t even the best sources of it.”

By focusing on protein, the meat industry conveniently ignores how harmful meat is, from artery-clogging saturated fat to cancer-causing chemicals, to the protein itself.

In 2018, Tyson proudly explained “Why We are Investing in Alternative Proteins” this way: “Simply put, today’s consumers want more protein”. But not to worry, Tyson was still committed to old-fashioned meat: “Consumers are eating more animal protein than ever before, and we’re committed to getting that protein to them.” That’s meat-speak: it’s all protein so it’s interchangeable. An outright lie. So why would we want to use their lingo?

Also, most plant-based meat, egg, and dairy companies do not believe they are making “alternatives” to anything. The word alternative sends the message that animal products are the gold standard to be compared against, just as the meat lobby wants it.

In addition, focusing on protein sells plant-based sources of protein short: whole foods such as beans come with health-promoting fiber, (never found in animal products) as well as important phytonutrients. That’s why the phrase “plant protein” is also silly: plant-based sources of protein contain other health-promoting properties. At least when they are in their whole form, such as beans. (Isolating the protein removes many of these benefits.)

But of course, beans don’t taste like burgers. So, what the animal rights folks really mean by “alt protein” (if you are hip you use this shorthand) is highly processed, technology-driven foods meant to mimic and replace animal foods.

Plant-based is food, biotech is not.

In addition to greenwashing biotech and giving plant-based foods short shrift, the phrase “alternative proteins” deliberately blurs the line between foods made with ingredients from nature and entirely new categories of food.

Long before Beyond Meat and Impossible came on the scene, vegan companies were using meat terminology and offering consumers similar tastes and textures to animal meat. While we can debate how processed some of these options are, they are at least (mostly) made with ingredients from nature, such as soy, peas, and wheat.

That’s another “tell” that an animal rights agenda is behind the phrase alternative proteins. Most people promoting biotech to replace animals don’t care about nutrition, agriculture, or the potential dangers of these experiments, they just want to save animals, or make a lot of money, or both. (Don’t even get me started on the lack of caring about human health with biotech; that’s a topic for another time.)

Even when promoters of alternative proteins invoke the environment, it’s disingenuous because true environmentalists care about the land and soil health, for example.

Some biotech promoters have even appropriated the word agriculture to describe cell-cultured meat as, “cellular agriculture”, another greenwashing term that is also an oxymoron.

Just last week, the non-profit New Harvest celebrated how its Facebook group coined the phrase cellular agriculture in 2015. They seem rather proud of coming up with something “sexier” (their term) than “animal products without animals”. I am guessing nobody bothered to ask someone in the agriculture field what she thought about it.

According to cellag.org: “Cellular agriculture is the process of farming animal products from cells instead of animals.” Similarly, this 2018 blog post from GFI called “Farming cells, not animals” declares excitedly: “First, we domesticated animals. Now we can domesticate the cell itself. A new GFI resource explains!”

Farming cells? What an insult to farmers.

Let’s stop all the greenwashing and call these technologies what they are. Then maybe we can have an honest conversation about them.

Michele Simon is a public health attorney, author, and founder and former executive director of the Plant Based Foods Association. (Full bio.) This is part a collection of articles called “Reality Check, Please”. Got ideas to share? [email protected]

This post originally appears on LinkedIn. Republished with permission.

Read more about the benefits of eating a plant-based diet here.