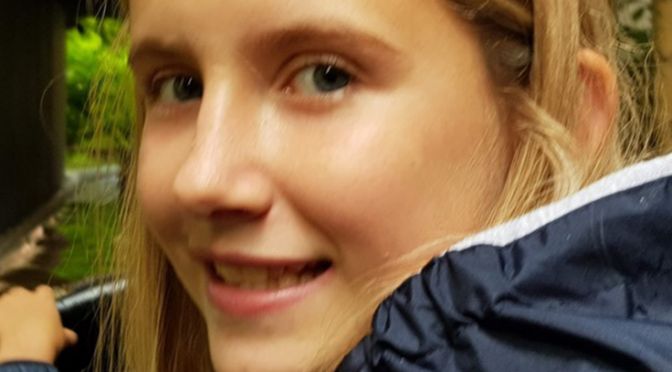 When my daughter died it destroyed my whole belief system. I don’t mean in a religious way, and not necessarily spiritual, just the belief that I could keep my kids safe. It’s absurd really, with all the childhood cancers and diseases, and the deaths caused by RTAs, that I thought I had that kind of power. But I did.

I reasoned that if I risk assessed everything then nothing bad could happen to them. Don’t get me wrong, I wasn’t an overly neurotic mother, just a mother. But when Lauren had flu I didn’t even see the danger. I took her to be checked out thinking they’d send me away with some vague reassurances, instead within five days she was dead.

They tell you there are two certainties in life, death and taxes. Up until now I’d always naively thought of that death as mine. But none of us can go through any length of life without experiencing death. Not everyone will have the wretched experience of having to bury their teenage daughter, nevertheless it is inevitable we will encounter death: death of grandparents, parents, friends, siblings, family pets.

How inexplicable then that we are so unprepared to deal with it.

The reason for this is that no one talks about death or grief. It’s like a dirty little secret that can’t be mentioned. People don’t want to bring up death in case it upsets the grieving, and people don’t discuss their grief for fear of causing awkwardness.

No one knew what to say or how to act around me. They were there with the wine and the casseroles, and they were very welcome. They appeared en masse and I sensed they felt a security in groups. Later they told me they were scared of saying the wrong thing. If it wasn’t so heartbreaking it would be hilarious…my daughter is dead, what exactly could be said to me to make me feel any worse.

I didn’t know how to feel or how to act. I searched out stories of other parents in the same position as me in the hope I could learn from them. There was precious little information to be found that helped, so I started writing. I think it was about three weeks after Lauren’s death that I felt a need to write it all down, to let people know what had happened and how it felt.

I didn’t want to hide away. I wanted to scream it from the rooftops. My theory was that if everyone knew everything then the secrecy would be eradicated. I hoped it would help people to be able to react with some normality around me.

In bygone times I believe there would have been less mystery and enigma surrounding death, it would have been dealt with as just another ritual of life. Let’s face it, none of us can escape it.  But now with our busy lives, our over-consumption, our planet-destroying activities, it does not sit well that we are transient, that we are not immortal no matter how much we earn. We shy away from the obvious and castigate people who remind us of it. Grief is expected to be private and hidden.

I don’t want to hide my grief away.

I’m not constantly talking about Lauren, not constantly crying, but my children are a huge and important part of my life. I miss Lauren every day, obviously. I had so many hopes and dreams for her that will never be fulfilled. I am living my worst nightmare. But Lauren had a happy 13 years. We were so proud of the young lady she had become. We had so much fun and joy with her, and she helped shape the personalities of her younger siblings.

Of course I am devastated that I don’t get to spend more time with her, but I refuse to let her life be tainted by the guilt and fear that seems synonymous with death.

If we could be more open about grief just think how much easier it would be. I should be able to say, to anyone that asks, I have 3 children, but my eldest, Lauren isn’t alive anymore, and for it to be taken for what it is, just a fact.

I continue writing at www.laurensmum.com to share my feelings and experiences, to help others understand in the hope that more people can have honest conversations about their loss.

See our fundraising for Alderhey Children’s Hospital, who were so wonderful in their treatment of Lauren and donate if you can.