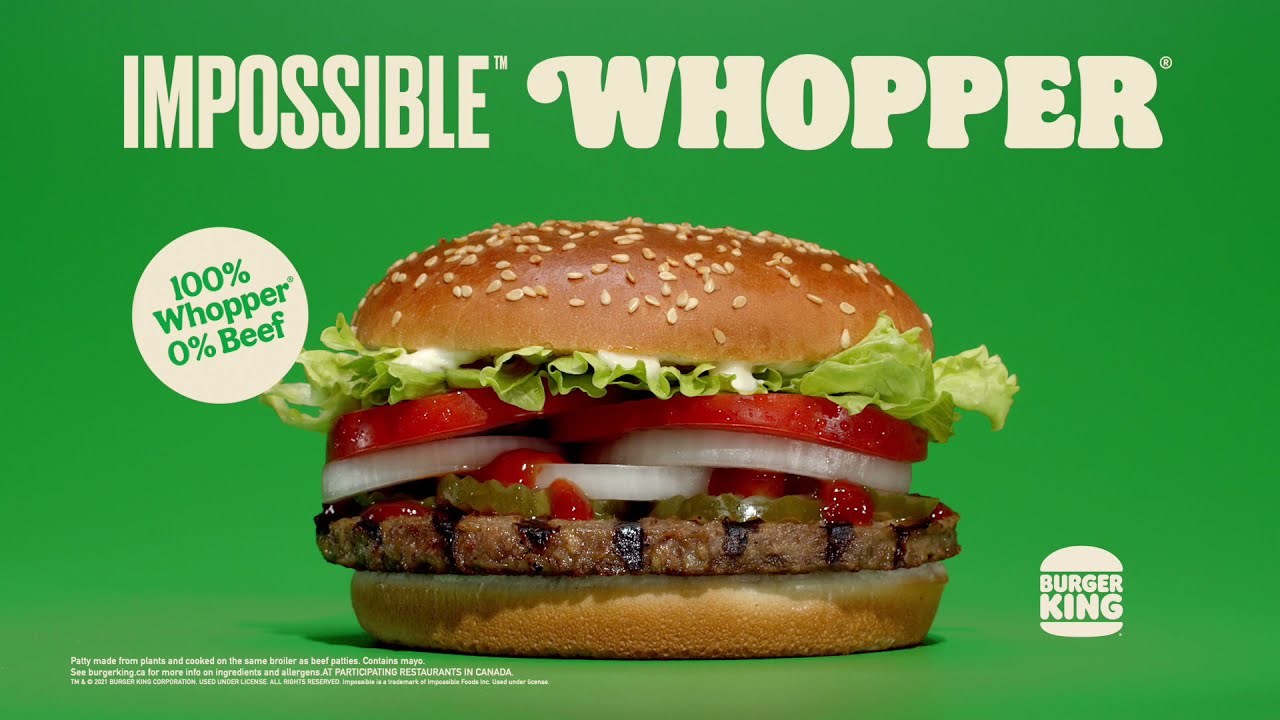 Are Impossible Burgers Healthy? Are They Sustainable? Everything You Need to Know

There’s no question vegan burgers are taking over. But just how good are they for our health and the planet?

In terms of fast food meat alternatives, the Impossible Burger has revolutionised plant-based patties. Whilst vegetarian burgers are often dry and crumbly, an Impossible Burger perfectly mimics the colour, texture, flavour, and even juicy bleed of a beef burger. Plus, the environmentally friendly brand promises to protect the planet from your plate.

However, recently there have been health and sustainability concerns raised over this ubiquitous burger, now retailing in grocery stores across the US, as well as appearing as on the Burger King menu as the Impossible Whopper.

So what is the beef with Impossible ingredients and are they valid?

What Ingredients are in an Impossible Burger?

The four main components of the patty are protein, fat, binders, and flavour. Now using potato protein mixed with soy protein, as opposed to wheat protein, the next-generation Impossible Burger is gluten-free.

The surprising juiciness of the patty comes from coconut and sunflower oil, whilst imethylcellulose binds these ingredients together and adds fibre. The meaty flavor comes from heme, the iron-containing compound found in plants and animals, which gives blood its metallic tang. The heme in vegan burgers needs to be plant-based, so food scientists have developed a technique to insert soy root DNA into genetically modified yeast to yield large amounts of soy heme.

What’s Unsafe About the Ingredients?

Nothing, according to the Impossible website. Only those with soy, coconut, or sunflower allergies need to avoid its products. Impossible Foods is adamant its ingredients are simple, and free from toxic additives, and artificial flavourings.

However, in 2019, Impossible Foods committed to using genetically modified (GMO) soybeans, to help achieve its mission to end livestock farming by 2035. Whilst many myths abound about soy and links male hormone changes and female breast cancer, none of these have been scientifically substantiated. The same is true for all genetically modified organsims, which have received similarly bad press.

The realistic “bleed” in Impossible Burgers comes from soy leghemoglobin that derives from genetically engineered yeast.

As there is no evidence that GMOs cause adverse health effects, the US Food and Drug Administration has approved Impossible’s leghemoglobin as safe. Whilst research has confirmed colour additives such as Red 3, Red 40, Yellow 5, and Yellow 6 links to cancer, a 2018 study raised no issues regarding carcinogenic properties of leghemoglobin from GM soy.

Recently, anti-GMO consumer advocacy group Moms Across America, reported testing and finding high levels of glyphosate from GM soybeans in the patties. However, the US Environmental Protection Agency says this herbicide “is not likely to be carcinogenic to humans.” Moreover, the glyphosate level in impossible products is well below the threshold set by the EPA, UN’s Food and Agriculture Organisation, and the World Health Organization.

Speaking to Eat This, Not That!. an Impossible spokesperson stressed, ”Impossible Foods puts health and safety first, and we meet or exceed all pertinent food-safety regulations. Impossible has worked closely with the FDA, the nation’s food-safety guardian, and has shared both extensive test data and commercial plans with the government body. The FDA has recognised and confirmed multiple times that the Impossible Burger’s key ingredient is safe to eat.”

Is an Impossible Burger Healthier Than a Beef Burger?

Whilst pretty much equal in terms of calories, an Impossible Burger contains 3 grams of fibre per serving compared to no fibre at all in beef. A 2019 AHA study showed increasing fibre intake reduced levels of low-density lipoprotein (LDL) cholesterol, or bad cholesterol.

Nutritionally, the plant-based patty does have a lower protein content. A 4-ounce serving of beef contains close to 30 grams of protein, whilst the Impossible Burger contains 19 grams. However, a high intake of animal protein, especially red meat, is linked to a higher risk of weight gain, stroke, diabetes and heart disease, whereas, according to a British Medical Journal study, “Diets high in protein, particularly plant protein, are associated with a lower risk of death from any cause.”

A UN study confirmed that soy is a source of “high quality” protein comparable to animal protein, with a protein concentrate of 0.99, compared to 0.92 of beef. Plus, soy contains several essential minerals, including magnesium, potassium, and phosphorus.

Moreover, fast food and supermarket meat often contain residual antibiotics due to livestock rearing methods. As Bruce Friedrich, Good Food Institute founder, explained to NBC News, “Industrial animal meat is treated with chemicals, and it tends to be contaminated with bacteria. I mean slaughterhouses, they’re just rank with meat contamination.” The repercussions of overuse of antibiotics are escalating antimicrobial resistance, so much so that the UN declared it a “global health emergency” as much as global warming.

In 2019, in an attempt to evidence its climate-friendly credentials with hard data, Impossible went to sustainability consulting group Quantis to perform a life cycle assessment on an Impossible Burger. According to the FAO, to produce 1kg of beef takes 13,000 litres. Plus, the World Resources Institute states beef accounts for 36% of all food-related GHG emissions in the US. Compare this to the Quantis results which showed that an Impossible patty used 87% less water, 96% less land, and produced 89% less fossil fuel emissions than a quarter pound of ground beef.

The disproportionate use of resources and space used by animal farming is also borne out by a recent study , which reports that 80% of the world’s farmland is used to produce meat and dairy for only 18% of the world’s calories. Friedrich concurs with these findings that meat alternatives will make a more sustainable food supply for future generations, “The pressure on the planet would be impacted in a huge and positive way.”

For Impossible Foods, the answer is a resounding yes. And Brown contends that shifting consumer perception is half the battle. Eating animals isn’t ethical, and if it’s not ethical, how is it sustainable? “We plan to take a double-digit portion of the beef market within five years, and then we can push that industry, which is fragile and has low margins, into a death spiral,” Brown told the New Yorker in 2019.

“We will be the most impactful company in the history of the world.”