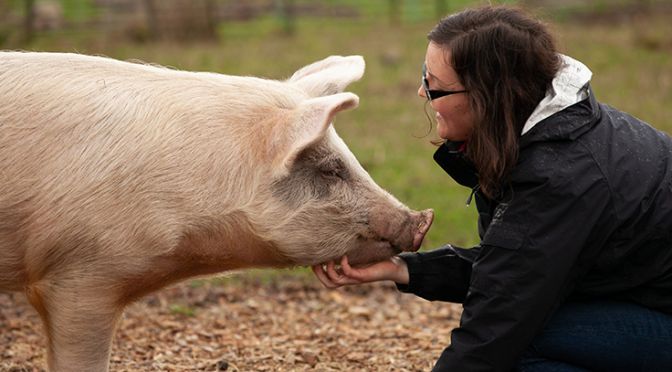 As the number of COVID-19 cases hits 3.5 million worldwide, scientists and campaigners call for a change in lifestyle

As Olivier Restif from the University of Cambridge wrote in his article on zoonosis – how diseases jump from animals to people:

‘Countless pathogens jump across animal species on a daily basis – most of the time with no visible effect. But increasingly, these pathogens are taking advantage of the new opportunities that humans have created as they reshape the natural environment.’

With COVID-19 dominating headlines and changing daily life around the world, more attention is being paid to zoonotic diseases and what we can do to protect ourselves from them.

And zoonoses are responsible for 2.5 billion cases of human illness and 2.7 million human deaths worldwide each year.

There is continued speculation about which animal species was the origin of COVID-19, but as we recently wrote, that can be a distracting question from the bigger picture. It is our encroachment on nature and unnatural agricultural practices that are putting us in danger of continued zoonotic diseases.

Now a group of scientists and campaigners have written an open letter, published in The Independent, that calls on the general public to adopt a vegan lifestyle to avoid zoonotic pandemics in the future.

The letter clearly states, ‘Ending the exploitation of animals is one of the biggest actions humankind can take to protect itself against future pandemics.’

Juliet Gellatley, director of Viva!, a charity campaigning for a vegan world, wrote in a supplemental piece:

‘As our excessive demand for meat and animal products grows, we destroy ever more wilderness for animal fodder and grazing, bringing wildlife into closer contact with people. And we put ourselves at greater risk.

This is no longer just a matter of animal welfare, it’s a global public health crisis too.’

The recommendation from these scientists and campaigners is a switch to a vegan lifestyle – making the entire animal agricultural industry obsolete. And while that switch may be too hard for some people to swallow, dramatically decreasing the amount of meat and dairy we consume would have wide-ranging benefits.

Switching to a primarily plant-based diet could:

And it will help prevent the spread of zoonotic diseases in the future.

So if you’re ready to give plant-based a try – whether that’s one meal, one day or full-time, check out the resources at Veganuary, The Vegan Society or Meat Free Mondays.