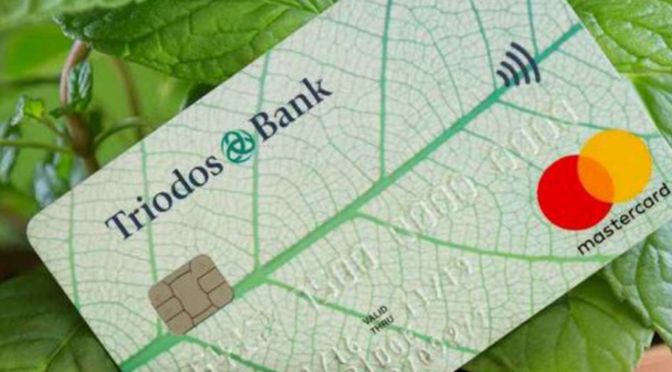 Can Banks Be Ethical? How Triodos Bank Is Working On It

Triodos Bank, is a front-runner in sustainable and ethical banking. But what does that really mean?

With the global financial crisis of 2007/2008 and the subsequent years of recession fresh in our minds, you could be forgiven for thinking banks are only out for their own gain.

That’s not true across the board, though. Founded in 1980 in the Netherlands, Triodos Bank is at the forefront of a new way of banking.

Focused on responsible and transparent banking, Triodos works with an overarching ethos that money is a force for good. The bank only finances companies that focus on people, the environment or culture. Examples include renewable energy, organic food and farming, social housing and charities.

Originally set up in the Netherlands, the bank now operates in six European countries. As a certified B Corporation, Triodos does not see any conflict between a focus on people and the planet and a good financial return. Instead it believes they reinforce each other in the long-term.

In the UK, Triodos has over 54,000 customers using personal current, savings or business accounts. Other products include business loans, ISAs, impact investments and investment bonds (hosted on a crowdfunding website). Triodos provides people with a clear choice, the opportunity to create positive change with their money.

How did an ethical, sustainable bank come about?

Triodos evolved from a study group in Holland in the late ’60s focused on how money can be managed sustainably. The group included an economist, tax law professor, a management consultant, and a banker who all held strong social values.

They came up with the groundbreaking concept of positive direct investment to help to change the world for the better. And in 1980 this led to the launch of Triodos Bank in The Netherlands.

From the start, Triodos pioneered new ways to use money positively. For example, it financed the renewable energy industry in its infancy – widely regarded as high risk in its day.

Triodos was established to provide financial services for people and businesses who want to change the world for the better. Decades later this underpins everything that Triodos do and every decision made.

It’s this approach and transparency which sets Triodos apart. It is very rare for a bank to publish a full list of every organisation that they lend to. Triodos were also the first UK bank to own and operate a crowdfunding platform. And the first with a focus on fundraising for pioneering organisations delivering positive change.

The climate emergency was a concern for Triodos even in 1980. Triodos was one of the first organisations to put it at the top of the agenda. Now, as more individuals and organisations prioritize tackling climate change, Triodos is more relevant than ever.

With just over a third of Brits anxious about the climate emergency, there’s a need for action. People are becoming more conscious about how they use their money.

Should You Switch to Triodos?

If you’re looking for a bank positively impacting the lives of people (living in the UK), this could be it. Triodos is also helping to build strong communities and protect the planet.

Triodos customers align their banking needs with their values. They’re also joining a community of like-minded people who want to make the world a better place.