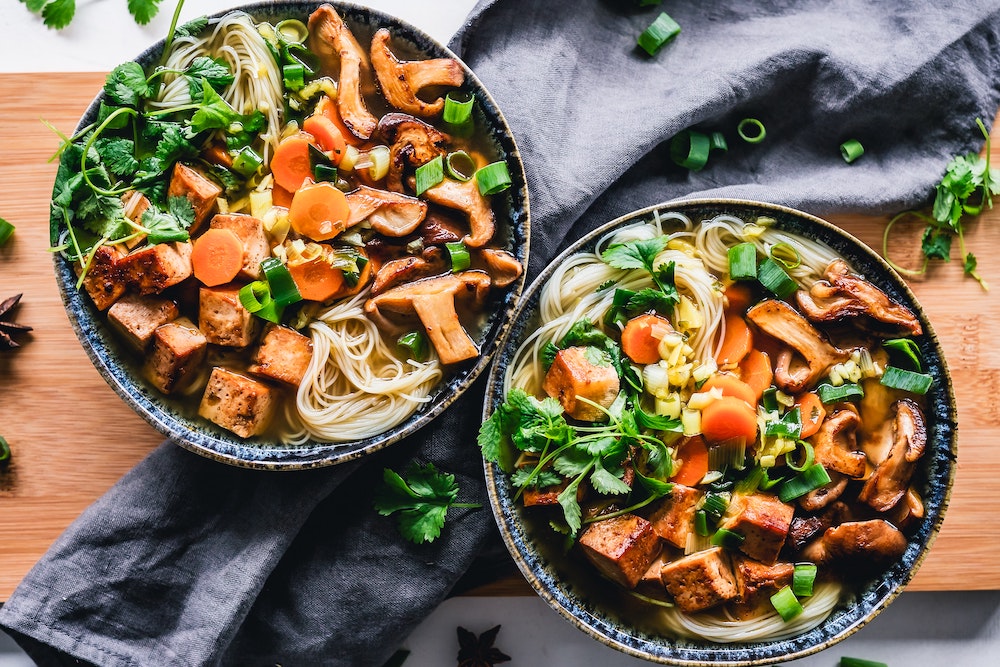 The 9 Best Vegan Protein Sources: Benefits for You and the Planet

If you’re eating a plant-based or vegan diet, are you including these essential protein sources?

People are making the transition away from traditional meat and dairy-based diets in order to save the planet and their bodies. But there’s much more than just Beyond or Impossible burgers to fill up on.

The key is getting your protein from a variety of sources. The good news is there are so many healthy, nutritious, and affordable protein powerhouses out there just waiting to be eaten!

What Are The Health Benefits of Plant Protein?

Protein is essential to our bodies. For a start, it makes up our muscles, skin, and organs – about 17% of our total body weight. Plus, it helps regulate immune system, metabolism and energy function.

Diets high in protein from legumes, whole grains, seeds, and nuts, have been linked to lower incidence of diabetes, heart disease and stroke. In 2020, a British Medical Journal study stated that, “Diets high in protein, particularly plant protein, are associated with a lower risk of death from any cause.” The report’s findings “support current dietary recommendations to increase consumption of plant proteins in the general population.”

The US Department of Agriculture  (USDA) confirms a cup of cooked lentils provides 16.2g protein compared to 33g in the same amount of steak–lentils have only 0.01g of saturated fat compared to 5g in the steak, making them a healthier option overall.

Plant Protein Benefits for the Planet?

Animal agriculture is undeniably brutal on the world’s resources. Research shows that growing plant protein is much more water-efficient than livestock farming. The Farming and Agriculture Organisation (FAO) of the United Nations statistics support this. To produce 1kg of chicken takes 4325 litres of water, and 1kg of beef takes 13,000 litres. However, to produce 1kg of legumes takes only 1250 litres.

With soil erosion reaching crisis levels, FAO director-general Jose Graziano da Silva has stressed the importance of switching from animal agriculture to take advantage of some plants’ nitrogen fixing properties, “Soils and pulses embody a unique symbiosis that protects the environment, enhances productivity, and provides fundamental nutrients to the soil and subsequent crops.”

According to a 2016 FAO report, switching to plant protein farming are a way to achieve sustainable farming practices. “Food security exists when all people, at all times, have physical, social and economic access to sufficient, safe and nutritious food. Food insecurity is a major issue for many people and households in poor and developing countries — it is estimated that 795 million people are undernourished. Pulses can help contribute to food security in a number of ways.”

The good news is that plant protein comes in all shapes and sizes, for both sweet and savoury dishes. Plant protein can be the main event in your meal, or be added as a side, or sprinkled on top.

The soybean is a nutritionally packed legume and member of the pea family. An excellent source of high quality plant protein, it’s widely used by those following a plant-based or vegan diet. In Asia, where soy is a diet staple, the rate of heart disease, breast cancer, and prostate cancer is lower than in the US and Europe. However, soy in Asia tends to be eaten in a fermented form to include miso, tempeh, and tamari. Also found in tofu, edamame, and soy milk, soy protein is a major factor in many plant protein patties and burgers.

Hugely versatile, try an Asian-style tofu stir-fry, a nutty tempeh sandwich or salted, steamed edamame as a simple starter. Good to know, per half cup, tempeh has 17g of protein, edamame have 9g, tofu has 9g, and soy milk has 3.5g.

Whether flakes, granules or powder, this highly versatile food is low in sodium and calories, as well as fat-free, sugar-free, gluten-free and vegan. Found in most heath food stores, nutritional yeast offers a complete protein source – containing all 9 essential amino acids – with 5g of protein per tablespoon. According to the US Department of Agriculture (USDA), a tablespoon of nutritional yeast also contains 30–180% of the RDI for B vitamins and 2–30% of the RDI for trace minerals, such as zinc, selenium, manganese and molybdenum. With its cheesy, nutty flavour, it can be added to sauces and soups, or sprinkled into salad and pasta dishes.

Seitan, also called wheat gluten or wheat protein, is made by kneading wheat flour with water to produce sticky strands of gluten protein. This dough is rinsed of its starch to leave pure gluten protein that can be used in vegan dishes. Low in carbohydrate and fat, seitan is surprisingly high in protein – with 21g per 100g as per USDA calculations – as well as minerals such as selenium and iron. This is approximately the same amount as in animal protein such as chicken and beef. However, its important to note that seitan doesn’t contain of the essential amino acid lysine to be considered a “complete” protein, so vegans should look to plug this gap with lysine-rich beans.

Super simple to cook, seitan can be marinated, minced, baked and sliced, skewered and barbecued, stewed and stir-fried. Because of its neutral taste, it makes a great meat substitute in heavily spiced or seasoned dishes, and its density makes it an excellent meat replacement for vegans, vegetarians, and those with soy intolerances or allergies.

It’s easy – and not wrong – to think of whole grains as a source of carbohydrates. However, as well as adding carbs, fibre, vitamins and minerals to your diet, they are also high in natural protein. Such an easy addition to any meal, do look out for unrefined grains as the bran and germ contain the most protein. Just one cup of cooked whole grains can provide between 6-20% of your daily protein requirement with quinoa weighing in at 8g per cup, wild rice at 6.5g and buckwheat at 5.5g. Even a cup of humble oats can add a whopping 6g of protein to your breakfast! So mix up your plant-protein intake with vegan cornmeal pancakes, mint and peas couscous, or millet fried rice.

Like whole grains, green vegetables aren’t often the first port of call when looking to up plant protein levels. However, whether long and leafy – such as spinach and kale – or small and round –think Brussels and peas – they pack a protein punch. For every half cup of spinach and peas you eat, expect 4g of protein, whilst the same amount of Brussels sprouts will deliver 3g. Whilst this may be less than in meat or other plant protein sources such as legumes, take advantage of greens plentiful anti-oxidants, fibre and lack of calories, and load up. Cooked spinach adds protein to curries, stews and pasta sauces, whilst raw spinach bulks out salads, and sandwiches. Brussels can be steamed, roasted and mashed as a side, and a handful or two of peas add colour, flavour and, of course, protein to practically any savoury dish.

Made from whole grains that have begun to germinate, the sprouting makes the nutrients in the grains easier to access, making the bread itself better nutritionally than normal grain bread. Well-known brands such as Ezekiel mix sprouted wheat, barley, lentils, soybeans, and spelt, which means they offer a hefty dose of complete protein with all 9 essential amino acids ticked off. As a rule of thumb, a slice from a sprouted loaf contains 5g of protein. So, by starting your day with a couple of pieces slathered with nut butter, or a quick vegan cream cheese sandwich for lunch, you’ve already hit half you daily protein target.

There’s a reason that the United Nations (UN) celebrate World Pulses Day every year. Legumes – which include beans and lentils – are protein powerhouses that bulk up meals in a budget-friendly manner. With chickpeas providing between 14g of protein per cup, chickpeas as much as 11g, and lentils a mighty 19g, they are incredibly versatile too. Blend and add herbs to create hummus, throw into chilis, curries, daals and stews. Or add cold to bulk up salads.

Small but mighty, seeds are another delicious way to up the plant protein in your life. Chia seeds are a complete source of protein that contain 2g of protein per tablespoon which, together with hemp and flax seeds, also supply essential omega 3 fatty acids that studies have linked to reducing cholesterol. There are so many ways to add seeds into your daily diet, almost without noticing. Make tahini from sesame seed, add chia seeds to your smoothie or buddha bowl, sprinkle sunflower seeds over your salad or baked potato.

With almonds providing 9g of protein per 2 tablespoons, brazils 6g and peanut butter 8g, a few nuts go a long way to boost your protein intake. Plus, they are packed with all kinds of health boosting nutrients such as unsaturated fatty acids, phytosterols, magnesium, vitamin E, copper and manganese. It’s no surprise the American Heart Association recommends eating 1.5 ounces of nuts or 2 tablespoons of nut butters 2-3 times a week. A 2014 research study showed almonds to reduce the risk of heart disease in overweight people. Handy for snacking, salads, sauces, stir fries, and sweet dishes too, let’s go nuts for nuts.