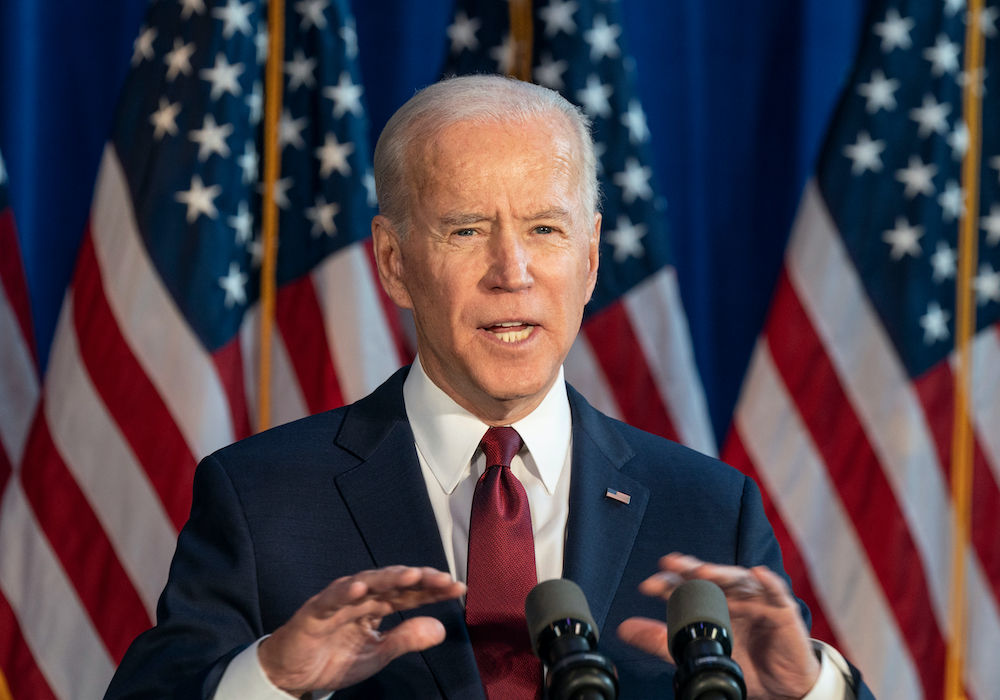 Biden Rejoins the Paris Agreement: This Is What It Means for America

Climate change action is back in the White House.

Just a few hours into the Oval Office, President Joe Biden has made good on his words for the planet. He blocked the controversial Keystone XL pipeline. And he rejoined nearly 200 countries in the Paris Agreement via executive order. The move rolls back former President Trump’s exit from the aggressive climate action accord in 2017.

Trump dismissed the Accord as a “total disaster for our country.” He claimed that other countries are more responsible for pollution than the U.S., and he also said ditching fossil fuels would hurt the economy.

But those statements, like much of the outgoing president’s recent rhetoric, are false. The U.S. is the second-largest producer of CO2 emissions in the world after China. And while dismantling the fossil fuel industry would mean loss of jobs in those sectors, economic experts say we’re in the midst of a renewable energy job market boom. That will only continue as the sectors grow, especially as they replace other industries.

“Renewable energy jobs are booming across America, creating stable and high-wage employment for blue-collar workers in some of the country’s most fossil fuel-heavy states, just as the coal industry is poised for another downturn,” Silvio Marcacci, Communications Director at Energy Innovation, noted in 2019.

According to Marcacci, it’s only going to get better economically. “Economics are driving both sides of this equation: Building new renewable energy is cheaper than running existing coal plants and prices get cheaper every year. By 2025, almost every existing coal plant in the United States will cost more to operate than building replacement wind and solar within 35 miles of each plant.”

As President Biden reestablishes America’s commitment to tackling climate change, he’s got a $2 trillion clean-energy and infrastructure proposal to help him do it. He’s also got one of the most ambitious climate plans in the world. Part of that includes a new climate task force, helmed by former Secretary of State, John Kerry.

Under Biden’s climate plan, the U.S. would be running on an emissions-free electric grid within the next 15 years. The country would also be working toward a 2050 target of net-zero emissions across all sectors of the economy. It’s more aggressive than China’s recent pledge to be net-zero by 2060.

When Obama joined the Paris Accord in 2015, his goal for the U.S. was to reduce CO2 emissions by 26 to 28 percent from 2005 levels by 2025. The U.S. also committed to supporting the Green Climate Fund, which assists developing nations in establishing renewable energy. But as a result of Trump withdrawing from the accord, the Green Climate Fund is failing to hit its targets. That may change under Biden’s new plan.

It’s also likely Biden will be more aggressive than the CO2 reduction targets established by Obama. This is in part an effort to restore relationships and trust with allies in the Accord. While the Accord is predominantly voluntary, unlike the Kyoto Treaty, Trump’s exit from the Accord soured allies on U.S. climate commitments.

But Biden’s aggressive action is also a direct response to the worst pandemic in a century. As the economy struggles to rebound from covid-19, there’s a greater demand for innovation and commitments to sustainability. United Airlines, one of the world’s largest airlines, has made it a priority moving forward. Unilever also recently pledged to allow a vote on its climate plans at its next annual shareholder’s meeting in May. Americans want a new economy waiting for them on the other side of this pandemic, and they want one that’s going to last.

The Paris Agreement’s prime goal is to keep global temperatures from rising 2 degrees Celsius by the end of the century. It’s no small task. Since the start of the industrial revolution, the planet has warmed approximately 1 degree Celsius or 0.2 degrees per decade.

If swift and continued action is not taken, particularly by the world’s industrial and economic leaders, temperatures could rise by 3 to 5 degrees Celsius. The United Nations World Meteorological Organization has issued severe warnings about the climate crisis. 2010 to 2019 was the warmest decade on record.

But experts warn that simply moving away from fossil fuels is not enough. A study published last year found that even if all emissions-producing human activity ceased, without drastic reductions in the consumption of animal products, we cannot meet the Paris Agreement targets.