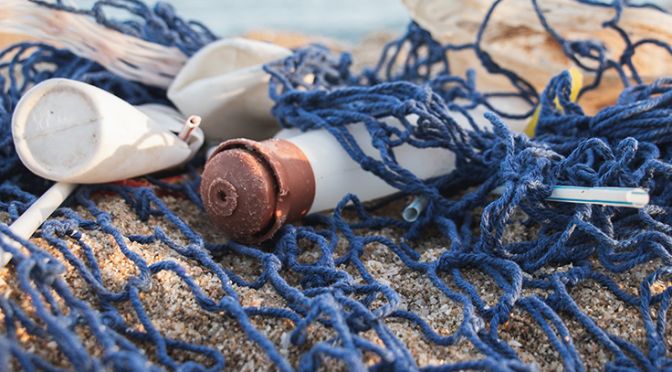 Big brands that are taking a stand against plastic

We already know that plastic is taking a huge toll on the environment and our time to do something about it is running out. Governments around the world are starting to get worried and take notice – the EU has gone so far to announce a ‘war on plastic’ in January 2018.

You’re already doing your part with eco-friendly products in your day-to-day life, but there’s only so much that we can do as individuals. We need the big players to take the lead and stop the plastic problem at its source.

So which brands are rallying their resources to fight the cause?

An army is forming

It’s great to see how many brands have announced intentions to join the cause.

As always, the proof is in the pudding, but it’s encouraging to see how many global organisations have pledged to change.

Happily, there are far too many to list in one article – we’ve made a start below, but you can keep up to date with the National Geographic’s running list of action on plastic pollution.

The supermarket chain is responsible for a huge amount of plastic waste that has made its way into the environment – but it has announced intentions to remedy this, starting with eliminating plastic straws and singe use cups and cutlery by the end of 2019 and replacing all branded packaging with recyclable alternatives by mid 2020.

It’s hard to get through the week without seeing McDonald’s packaging littered on the side of the street or road. However, the world’s largest restaurant chain wants to do something about this problem –  all McDonald’s packaging is to come from renewable, recycled or certified sustainable sources by 2025.

The plastic lining in disposable coffee cups has been a topic of contention for some time, and many leading chains now offer discounts on reusable cups. However, Costa has decided to go one step further – as well as banning plastic straws, it has pledged to roll out half a billion recycled cups by 2020.

Reusable water bottles are quickly becoming an accessory that’s as important as your keys, wallet, and phone. French water company Evian is scrambling to respond to this by adopting environmentally-friendly processes. It recently opened its first carbon-neutral plant and has pledged to produce bottles that are 100% recycled by 2025.

You might not be a Spurs fan, but you can’t help but admire their stance on single-use plastic – the football club has banned it from their new stadium, opting for reusable bags and compostable or recyclable materials at all food venues.

If there’s one thing that’s worse than putting together Ikea furniture, it’s getting all the pieces out of an endless stream of plastic bags and packaging. However, it’s not something you’ll have to deal with for much longer. The brand has pledged to remove single-use plastic from its home furnishing products and its restaurants by 2020.

We didn’t think we could love Lush any more than we already do, thanks to its stance on ethical practices and fighting animal testing. But now that the brand has opened ‘Naked Shops’ in  Manchester, Milan, and Berlin, which only sell packaging-free cosmetics, our admiration has grown even more.

This is a big one – Nestléhas announced that it intends to 100% of its packaging recyclable or reusable by 2025. It has started by eliminating the use of plastic straws and will continue to phase out single-use plastics while it works on developing new materials that have less of an impact on the environment.

You think your post-festival hangover is bad? It’s nothing compared to the endless plastic litter that’s strewn across the fields and campsites after everyone has packed up and gone home. Thankfully, Live Nation is determined to avoid this ugly phenomenon. Single-use plastic will be eliminated from some of the country’s biggest music festivals this year, including Download, Latitude, Leeds, Reading, and Wireless.

It seems that fighting plastic has become a trend that retailers are keen to jump on, and the UK Plastics Pact is a collective platform where they can all get on board. The initiative is overseen by Wrap, an environmental charity.

It’s main focus is to ensure that 100% of plastic packaging is either reusable, recyclable, or compostable by 2025. Dozens of huge players have joined the pledge, including Coca Cola, Tesco, Boots, Bird’s Eye and Quorn – see the full list here.

While there’s no doubt that the plastic problem is a big one, it’s reassuring to look around and see that the brands we rely on are starting to take notice – and do something about it. We still have a long way to go, but we can feel the momentum building. Hopefully it’s pushing us towards real, tangible, and effective change.