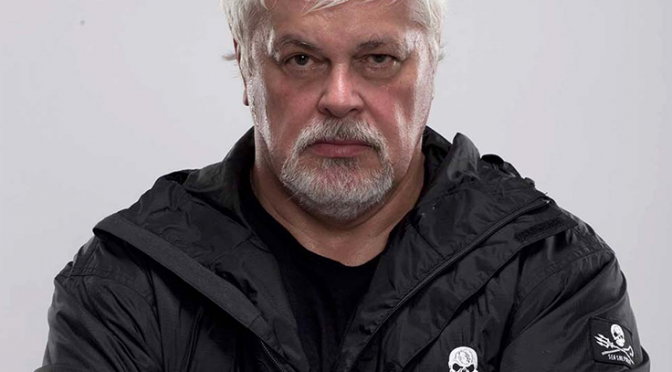 Just want the audio?
Listen to Captain Paul Watson’s conversation on Lessons From Lockdown: The Podcast

The incredible anti-poaching work that Sea Shepherd is doing means that this is the first year that no whales will be killed in international waters: the southern ocean whale sanctuary is now truly a sanctuary; no whales were killed last year in Iceland, they’ve stopped 52 operations off the coast of Africa

We’re not going to go back to normal again; it’s going to require adaptation for all of us; but it’s our very adaptability (ie. adaptation to diminishment) that is causing us problems now – we wipe out species and forget they were ever here

Society has to make a profound change in our attitude toward the planet we live on; we’ve spent thousands of years putting humans at the centre of the universe; we need to return to living in harmony with other species and the planet

The planet has gone through five mass extinctions before this current one we’re living through, but the planet has persisted throughout; ’The entire environmental and conservation movement is about saving ourselves from ourselves. It’s not about the planet, the planet is going to do just fine. But if we want to have a future on the planet, we have to do something.’

Water is the basis of all life; it’s a continuous flow that moves through the environment, plants and animals, humans; ‘This entire planet is one thing connected by water; what is the ocean? We are the ocean.’

Captain Paul Watson is a marine wildlife conservation and environmental activist. Watson was one of the founding members and directors of Greenpeace. In 1977, he left Greenpeace and founded Sea Shepherd Conservation Society.

A renowned speaker, accomplished author, master mariner, and lifelong environmentalist, Captain Watson has been awarded many honors for his dedication to the oceans and to the planet. Among many commendations for his work, he received the Genesis Award for Lifetime Achievement in 1998, was named as one of the Top 20 Environmental Heroes of the 20th Century by Time Magazine in 2000 and was inducted into the U.S. Animal Rights Hall of Fame in Washington D.C. in 2002. He was also awarded the Amazon Peace Prize by the president of Ecuador in 2007.

In 2012, Captain Watson became only the second person after Captain Jacques Cousteau to be awarded the Jules Verne Award, dedicated to environmentalists and adventurers. In 2019 he was awarded an commendation from Governor Ned Lamont from the State of Connecticut for “50 years as an environmental conservation activist”.