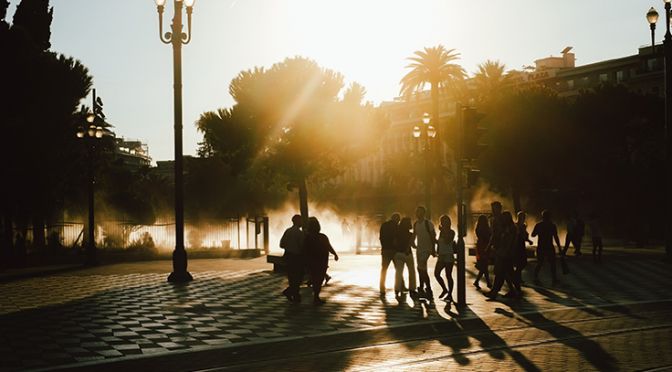 As local governments plan the best way to emerge from lockdown, some are considering how to prevent cars from making a total comeback

In May 2019, Richard Kingston and Ransford Acheampong asked how we can reclaim cities from the car without inconveniencing people.

‘It is estimated that there are more than a billion cars in the world.

As well as driving up energy use, contributing to more than 70% of CO2 emissions in the transport sector and reducing air quality, cars are also responsible for increasing obesity and chronic illnesses and killing more than 1.25 million people around the globe every year in traffic accidents.’

So a tool of convenience certainly, but not great for the long-term health of ourselves or the planet.

They outlined three potential solutions on how to fix our over-reliance on cars in urban areas: introducing car-free zones and congestion charges, investing in public transportation and reshaping cities to be more pedestrian and cyclist friendly. However, these are complex solutions that have multiple stakeholders and require extensive negotiation and compromise.

I wonder when they wrote that how long they thought it would take to start to make those shifts.

Fast forward a year and it feels like discussions may be fast-tracked in the aftermath of the coronavirus outbreak that has killed over 208,000 people worldwide. And one of the reasons for a new sense of urgency is air pollution.

As Damian Carrington reported in The Guardian recently:

‘High levels of air pollution may be “one of the most important contributors” to deaths from COVID-19, according to research. The analysis shows that of the coronavirus deaths across 66 administrative regions in Italy, Spain, France and Germany, 78% of them occurred in just five regions, and these were the most polluted.’

‘The results indicate that long-term exposure to this pollutant may be one of the most important contributors to fatality caused by the COVID-19 virus in these regions and maybe across the whole world. Poisoning our environment means poisoning our own body, and when it experiences chronic respiratory stress its ability to defend itself from infections is limited.’

The article acknowledges that the analysis shows ‘a strong correlation, not a causal link’. More work needs to be done to definitely prove that air pollution can lead to a higher death rate from COVID-19, something that Paul Villeneuve and Mark Goldberg recently called for.

They note that a recent report from Harvard made ‘staggering’ claims that people exposed to fine particulate air pollution before the virus were 15% more likely to die. But when they looked closer, they found that the study hadn’t yet been peer reviewed – ‘it has not been put to the scrutiny of other experts in the fold to assess the quality of the research and the validity of the results’.

While scientists continue to look for a more concrete causal link with COVID-19, all the facts from the opening paragraph are still true. And some local governments are taking the opportunity to emerge from lockdown car-free where possible.

One of those cities is Milan, which is one of Europe’s most polluted cities and was hit hard by the coronavirus outbreak.

In a pattern seen around the world, Laura Laker in The Guardian notes that ‘motor traffic congestion has dropped by 30-75%, and air pollution with it’ since the city has gone into lockdown. ‘City officials hope to fend off a resurgence in car use as residents return to work looking to avoid busy public transport.’

While 55% of the residents already use public transport and the average commute is 4km (2.5 miles), there is scope to try to shift the other 45% out of their cars if it can be safely done.

Of course, we want to reopen the economy, but we think we should do it on a different basis from before. We think we have to reimagine Milan in the new situation. We have to get ready; that’s why it’s so important to defend even a part of the economy, to support bars, artisans and restaurants. When it is over, the cities that still have this kind of economy will have an advantage, and Milan wants to be in that category.’

To support the transition, the city has plans to increase cycle lanes, widen pavements for pedestrians and introduce 20mph speed limits on city streets. They are even looking at creating blocks that are car free, giving pedestrians and cyclists priority.

Janette Sadik-Khan, a former transportation commissioner for New York City, is quoted in the article as saying:

‘A lot of cities and even countries have been defined by how they’ve responded to historical forces, whether it’s political, social or physical reconstruction.

The Milan plan is so important because it lays out a good playbook for how you can reset your cities now. It’s a once-in-a-lifetime opportunity to take a fresh look at your streets and make sure that they are set to achieve the outcomes that we want to achieve: not just moving cars as fast as possible from point A to point B, but making it possible for everyone to get around safely.’

The benefits of going car-free

Gavin Haines recently wrote a piece for Positive News that explored Birmingham’s decision to join York and Brighton in introducing a scheme to ‘design private vehicles out of urban areas; a U-turn that planners are performing to beautify public realms, reduce CO2 and tackle air pollution, which has fallen since the coronavirus pandemic forced us all into lockdown, but is typically linked to around 30,000 prematures deaths annually in the UK’.

He looked at the cities around the world who are leading this effort – Copenhagen, Oslo, Ghent, Barcelona and Bogotá.

In each instance, after initial resistance from local shopkeepers and the public, the benefits become clear. Ghent saw a ‘17% rise in restaurant and bar startups, as well as a fall in shop closures’.

And it was the same story in London where ‘improvements to pedestrian and cycle infrastructure have been found to boost retail takings, increase rental values and reduce the rate of shop closures. At least that’s according to research published by Transport for London, which found that people who walked, cycled or travelled by public transport spent 40% more in their local shops than motorists.’

And of course the benefits go beyond the merely financial.

In Barcelona, where they have introduced the concept of the superblock, ‘where traffic is restricted to major roads around the outside, opening up entire groups of streets to pedestrian and cyclists’, they are seeing how it can impact physical health, mental wellbeing and a sense of community.

Whilst there are only six superblocks in operation so far, a recent study shows that if 503 superblocks were created in Barcelona as planned:

Making the switch to a car-free city requires changing behaviours as well as infrastructure – two things that are notoriously difficult to shift. Could the coronavirus outbreak help us start to make that shift?

Here are some of the factors government and industry needs to consider:

All of this will require buy-in from residents and local businesses to make it a success in the long-run. But the benefits certainly could outweigh the capital costs so long as the broader societal considerations are addressed.

It will be interesting to watch these cities leading the way toward a car-free future. While the solutions will need to be bespoke for each place to meet its residents’ needs, there will be interesting lessons that can serve as the foundation for others to follow.