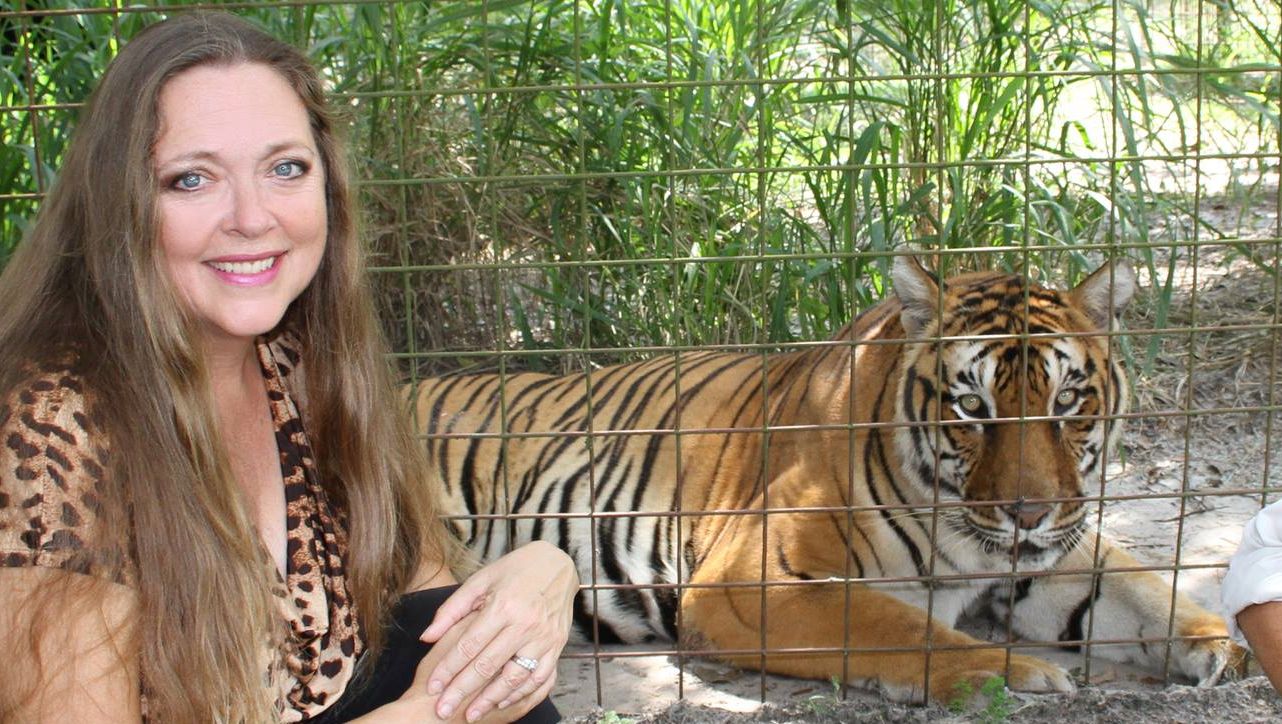 The 2020 Netflix docu-series “Tiger King” exposed the dark side of private zoos in the US. It focused on the bitter animosity between animal rights activist Carole Baskin and private zoo owner Joe Exotic. The feud culminated in Exotic’s failed attempt at hiring an assassin to kill Baskin. The flamboyant zoo owner is currently serving a 22-year prison sentence for 2 counts of attempted murder and 17 counts of animal abuse.

According to Netflix, “Tiger King” was watched by 64 million households during peak covid-19 lockdown. This breaks the streaming giant’s record for holding the number one spot for the longest amount of time. However, big cat protector Baskin is keen to put the show behind her. “We worked with the producers for five years because they said they were working on ‘Blackfish’ for big cats. ‘Tiger King’ was not ‘Blackfish’,” she told Metro magazine. “The day I watched it, I was like, ‘What was this past five years about? This is nothing like what they said they were working on.’”

The new series will focus on the animals, not the personalities, of the conservation and private zoo world. Speaking to the Radio Times, Baskin clarified, “It’s actually about the work that we’ve been doing all these years which is to expose the animal abusers, expose what people don’t see behind closed doors to the public and then put pressure on law enforcement to actually enforce the laws.”

Baskin founded the “Big Cat Rescue” (BCR) sanctuary after years of taking in injured bobcats and nursing them back to health. An outspoken opponent of big cat breeders and “pay to play” cub schemes, she has succeeded in bringing in new US laws to stop trading and abuse. Her efforts resulted in the 2003 Captive Wild Animal Safety Act which made it illegal to sell a big cat across state lines. Additionally, she was also instrumental in the 2009 reclassification of the cougar, making it illegal to own as a pet in Florida. As Baskin says on the BCR website, “You don’t become that hated by the industry unless you are having an impact.”

As part of the Big Cat Coalition, Baskin has worked with The International Fund for Animal Welfare, the World Wildlife Fund, and the Animal Legal Defense Fund. Together, they represent more than 18 million supporters of animal protection.

Currently, her focus is on getting the United States Department of Agriculture (USDA) to close the 4-week window of cub petting. In an attempt to educate against petting culture, BCR has launched a VR video game. “It’s a fully immersive game that takes the player on a journey where they learn how to track a tiger in the wild,” Baskin explains in a press release. “Along the way they learn about the plight of the tiger in the wild and how the lucrative cub petting industry is fueling the demand for poached wild tigers.”

Zoos with no Rules

Unaccredited private zoos and exotic pet ownership are widespread in America. Fewer than 10% of USDA-licensed animal exhibitors are accredited. Most don’t meet the basic standards of organizations like the Association of Zoos & Aquariums (AZA). Dan Ashe, AZA president stresses to CNN, ”We don’t allow any kind of interaction with dangerous animals. It’s dangerous for the animals and dangerous for the people.” AZA assesses animal care, veterinary programs, conservation efforts, education, and other metrics. “At the very core of accreditation is animal welfare,” Ashe summarises.

He also believes leveraging unusual animals for financial gain and entertainment is unethical. “What you see on a show like ‘Tiger King’ is these lion-tiger hybrids that are bred to create a carnival-like novelty,” says Ashe.”A lot of times those animals suffer from genetic abnormalities that require specialized care that many of these facilities are unable to provide.”

The issue for US animal rights campaigners is that national laws don’t do enough to protect captive wild animals. The 1966 Animal Welfare Act (AWA) only sets minimum standards. According to Alicia Prygoski of the Animal Legal Defense Fund, “With the Animal Welfare Act you sometimes see roadside zoos and cub petting facilities racking up hundreds of violations before they’re finally shut down.”

And in some places in the United States, owning an exotic pet such as a tiger isn’t regulated at all. ”Depending on whether a state or municipality has a ban on private possession in place, it could be illegal to own a big cat as a pet in a private home,” says Prygoski. It has been estimated that 7000 tigers live in the US either in zoos or privately owned, nearly double the estimated 3890 tigers still in the wild.

International laws on exotic pet ownership and private zoos vary widely, as well. The Convention on International Trade in Endangered Species of Wild Fauna and Flora (CITES) is a voluntary agreement from 183 countries and the European Union limiting exotic animal trade, not possession. A 2013 report for the Law Library of Congress discovered only 12 of 21 CITES countries had national legislation prohibiting or restricting private big cat possession. The UK’s 1976 Dangerous Wild Animals Act still allows, under license, venomous snakes, pumas and wolf hybrids. Furthermore, in China, the survey found that private individuals can get a license to breed tigers, lions, and leopards in captivity.

In a 2007 article for the Emerging Infectious Diseases journal, researchers estimated that 75% of emerging infectious diseases are “zoonotic”. This means an illness that can spread between animals and people. A captive civet, was linked to the SARS outbreak in 2003. More recently, a tiger at New York’s Bronx Zoo tested positive for coronavirus, having infected by an asymptomatic zookeeper. Some scientists believe pangolins may have introduced Covid-19 to humans. To combat diseases spread by animals, the researchers said more education was needed. “Our quest for close contact with wild animals and for exotic pets puts us at risk for exposure,” they wrote.

Read more about big cats and other animals here.