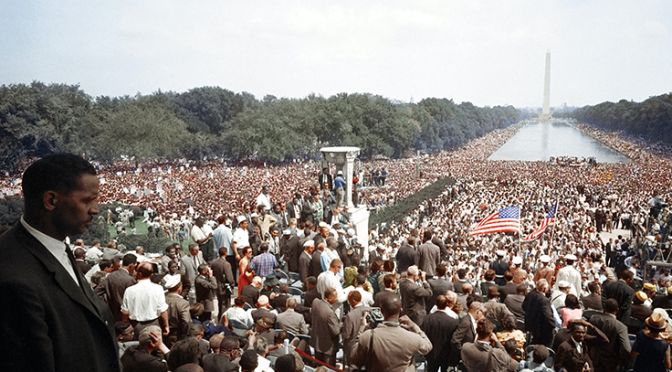 As we mark the International Day of Democracy, Oladosu Adenike reflects on the impact climate change can have on this cherished concept

Since the advent of humankind, systems of governance and self-rule have concerned us. Political scientists have identified three elements of democracy: a political system for choosing and replacing the government through free and fair elections; the active participation of people as citizens, in politics and civic life; and the protection of human rights for all a country’s citizens.

Over the years, democracy as a concept has dovetailed from its strict Athenian definition to a more flexible term to include the participation of women and minorities.

Laying the groundwork for this change was the United States’ Declaration of Independence by Thomas Jefferson, which reads: ‘We hold these truths to be self-evident, that all men are created equal, that they are endowed by their Creator with certain unalienable rights, that among these are life, liberty and the pursuit of happiness.’

As our world is impacted by climate change, we’re seeing an increase in various conflicts and wars. And in my experience, inequality and poverty are often at the heart of these conflicts.

As the 2007 IPCC report says, ‘many of the factors that increase the risk of war and other armed conflicts are sensitive to climate change’. The report also says that ‘the degradation of natural resources as a result of both over-exploitation and climate change will contribute to increased conflicts over the distribution of these resources’.

Climate change affects agricultural productivity and can lead to crop failure. It can also drive the increasing demand of land for non-agricultural purposes. Too often, climate-induced conflicts are from the over-use of natural resources such as land and water.

We’ve seen this play out in Africa, especially in the Lake Chad region where Boko Haram continues to be a threat. One of the contributing factors to the outbreak of armed conflicts in Sub-Saharan Africa is the shrinking of Lake Chad.

The Lake Chad region serves over 40 million people and water levels have shrunk 90% between the 1960s and the 1990s due to economic hardship, population growth and the climate crisis.

Lake Chad has been part of the region’s culture for over a thousand years: serving communities and bringing social harmony. When that harmony breaks down, democracy is threatened. Both democracy and continued development need a peaceful environment to thrive.

In defense of a green democracy

Democracy as a tool is self-liberating: central to the concept of humanism. Democracy in its best form protects and promotes liberty, human rights and civic privileges. Hence, it is used by the oppressed against their oppressors.

As a Nigerian, I have seen the negative impact of climate change on world democracies. As the leader of ILeadClimate, I have been campaigning for the restoration of Lake Chad and implementation of green politics in democratic institutions across Africa – especially through legislation. In view of this year’s International Day of Democracy, let celebrate the positive impact of democracy on mankind and the environment.

I have a dream where humanity sees the natural world as co-equal and promotes a democracy that protects the rights of them both.