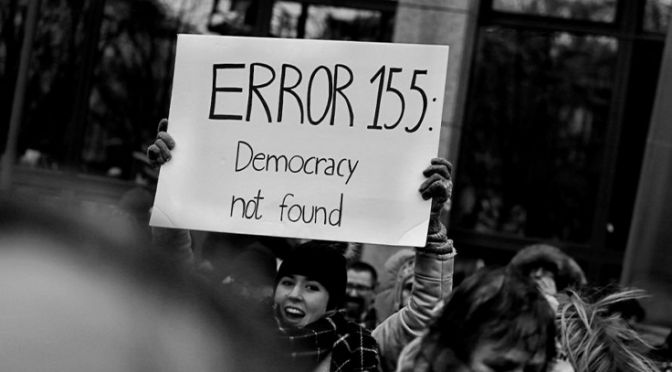 Can Citizen Assemblies give democracy a boost?

‘Disatisfaction with democracy “at record high”‘ – the BBC headline caught my attention because I’ve just been catching up on the news from the UK’s first Climate Assembly that took place in Birmingham over the weekend.

But more on that in a minute…

A new report published January 2020 by the University of Cambridge’s Centre for the Future of Democracy shows that global dissatisfaction with the political system is at an all-time high, especially in developed democracies.

‘Across the globe, democracy is in a state of deep malaise’ reads the opening line of the report. It doesn’t get much better as it goes on, so we’ll just touch on a few key findings:

> The rise in democratic dissatisfaction has been especially sharp since 2005

> In 2019, for the first time since the mid-1970s, more than half of British respondents were dissatisfied with democracy in the UK

> The rise of populism in traditionally democratic countries ‘may be less a cause, than a symptom’ of the erosion of trust that we have in our governments, the media and the markets

> The steep rise of dissatisfaction in the United States marks an ‘end of exceptionalism’ – a profound shift in America’s view of itself, and therefore, it’s play in the world

> However, the picture is not entirely negative; many small, high-income democracies have moved in the direction of greater civic confidence in their institutions (ie. Switzerland, Denmark, Norway, the Netherlands, Luxembourg)

Thank goodness for that final point. I may plan a holiday to this ‘island of contentment’ to see what it is they’re doing right.

‘While it goes beyond the scope of this report to explain the cause of this shift, we observe that citizens’ levels of dissatisfaction with democracy are largely responsive to objective circumstances and events – economic shocks, corruption scandals, and policy crises. These have an immediately observable effect upon average levels of civic dissatisfaction.’

So the financial crash in 2008, the refugee crisis from 2015, the 3-year Brexit stalemate, the polarisation of party politics at home and abroad and now climate change – all of these factors accumulate in our national and global consciousness. Leaving us to wonder if – and pray that there is – a better way.

The report concludes with the following statement:

‘…if satisfaction with democracy is now falling across many of the world’s largest mature and emerging democracies – including the United States, Brazil, the United Kingdom, and South Africa – it is not because citizens’ expectations are excessive or unrealistic, but because democratic institutions are falling short of the outcomes that matter most for their legitimacy, including probity in office, upholding the rule of law, responsiveness to public concerns, ensuring economic and financial security, and raising living standards for the larger majority of society.

Our analysis suggests that citizens are rational in their view of political institutions, updating their assessment in response to what they observe. If confidence in democracy has been slipping, then the most likely explanation is that democratically elected governments have not been seen to succeed in addressing some of the major challenges of our era, including economic co- ordination in the eurozone, the management of refugee flows, and providing a credible response to the threat of global climate change.

The best means of restoring democratic legitimacy would be for this to change.’

Which leads me to the Climate Assembly

An experiment in participatory democracy, Citizen Assemblies bring together a group of regular people (ie. not politicians, lobbyists, etc.) to learn about an issue facing society and make recommendations to decision makers.

The people involved are randomly selected to ensure a cross-section of the wider population in terms of gender, age, background, where they live and their attitudes toward the subject under discussion.

Over several sessions, they hear balanced evidence from a panel of experts, academics, researchers and others in the relevant industries and participate in discussions with each other. At the end of the assembly, they write-up their recommendations in a report and pass them on to those in power who can implement them.

The Climate Assembly that met in Birmingham over the weekend is discussing how the UK should reduce greenhouse gas emissions to net zero by 2050 – the legally binding target Parliament passed before the last general election. Because achieving net zero means a change in all of our lifestyles, six Select Committees of the House of Commons called for a Citizen Assembly to ensure people like you and I have a say in deciding what the changes are and how they are put in place.

What will they be talking about

In a testimonial on the Climate Assembly UK website, Chris, 32, from Oxford said:

‘The weekend has been good, informative with a lot of opinions from different people from all around the country. At the beginning of the weekend, I was unsure if it was a crisis or not but, after a day listening about it and thinking about it, it’s almost irrelevant if it’s a crisis or not: We’re here to advise the government how to reach its target in 30 years…Taking all the emotion out of it and looking at it logically is the best way to address this.’

Brett Hennig is the co-founder of Sortition Foundation, the organisation that helped recruit the 110 participants of the Climate Assembly in Birmingham. In this talk from May 2017, Brett lays out the framework for what’s happening in Birmingham this spring. He poses the question, what if we replaced politicians with randomly selected people?

His answer gives me hope.

And so I’m watching the Climate Assembly with interest and cautious optimism. I believe in democracy, but I also believe it can and should evolve.

If you want to keep up with what’s happening, check out the Climate Assembly UK website and keep an eye on #ClimateAssemblyUK on social.