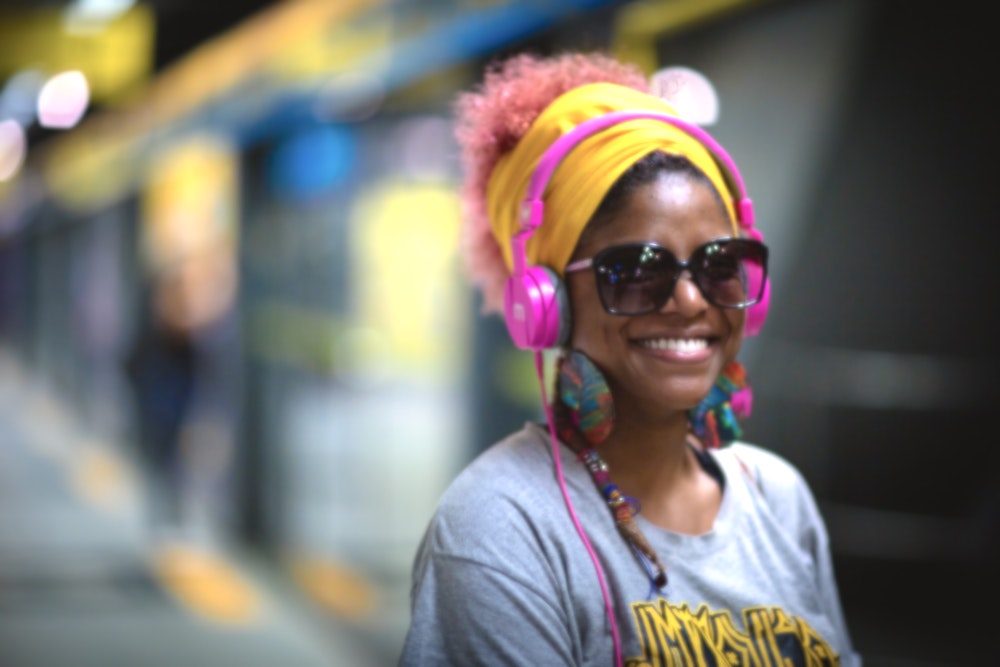 Can Podcasts End Our Climate Crises?

Why podcasts are at the centre of the climate conversation.

We all have our go-to podcasts when we want to escape, learn something new or get a hit of inspiration. Now, the climate crisis is taking centre stage.

The topic of climate change has reached the general public – from mainstream news outlets to call-to-arms nature documentaries; from global climate strikes to political debates and policy proposals.

However, the coverage often seems to alternate between two extremes. On one hand, doom and gloom headlines of extinction and natural disasters. On the other, eco-shaming everyday citizens for their lifestyle choices that include plastic, international air travel, and the occasional hamburger.

One format, however, is side-stepping both the despair and the shame – the podcast. Here, hosts and guests explore the depth, breadth, and messiness of the climate crisis through conversations and humour.

So what is it about the format that lends itself so well to the climate conversation?

A sense of community and empathy

‘Podcasts give us a forum to explore messy topics, hash things out in real-time and build community – things we need a LOT of in the climate community,’ Mary Annaïse Heglar recently wrote on Twitter. She and Amy Westervelt co-host the climate podcast Hot Take.

‘Amy and I launched a podcast because we needed a catharsis and wanted a place to have expansive, messy conversations about climate in the media. We wanted to do both media criticism of climate coverage and media literacy for the climate community.’

Amy also hosts Drilled – a true-crime investigative style podcast looking into the misinformation around climate change. ‘I felt like some stories sink in better when you hear them. Hearing an old dude who did climate research for Exxon hits differently than reading a quote,’ she said.

Julianna Bradley and Georgia Wright co-host Inherited, which documents the youth climate movement. They agree about the emotional connection podcasting can achieve. Julianna says the podcast is the perfect tool for creating empathy, even more than video.

‘Seeing people’s faces can create empathy too, but it can also lead to judgment,’ Julianna told me. ‘Hearing someone’s voice, the nuances, how it changes when they talk about something, I think it’s really powerful.’

‘It’s not the same thing when you’re watching a movie and there’s a little bit of distance between you and the screen,’ Georgia added. ‘With the audio, you can close your eyes and it’s as if they’re right there in the room with you.’

It’s not just the guests who come to life through hearing them, it’s the hosts, too. Dave Powell, co-host of Sustainababble, likens it to choosing a group of friends. ‘There’s something about getting to know people and starting to trust them that’s a very personal connection.’

Ross Kenyon, who hosts Nori’s Reversing Climate Change, agrees. ‘If you listen to podcasts regularly the hosts can start to feel familiar, almost like you are hanging out with them, and I think that intimacy is something other media lack.’

The human subject matter is another element of the podcast that sets it apart from traditional media coverage.

‘The climate change debate in general, in the mainstream media and in science and the way it’s talked about, isn’t human at all,’ Dave said. ‘People aren’t generally in it. There are lines on graphs, references to tipping points, weather, animals and people at the macro level – but not people in the individual sense.’

‘Climate change will and does connect all of us,’ Georgia said. ‘It connects to all our disciplines, subjects and individual lives. I think it’s important to not silo it away. That’s something that we noticed early on – how rich this subject was. Any story can be a climate story.’

Dave made the point that climate change almost acts like a lens through which we can see and interpret what’s going on around us. ‘It’s amenable to an infinity of angles,’ he told me. ‘It is a Black Lives Matter story. It is a mother and father’s story. It is a growing old story. It allows people – in a way that maybe two or three years ago wouldn’t have had permission to do – it allows them to attach their story to this bigger story that resonates.’

Space and time to go deep

With so many directions the conversation could go, podcasting provides space and time to explore multiple avenues.

‘I think podcasts are basically the only place the average person gets long-form content,’ Ross told me. ‘People will listen to an hour plus of conversations which really allows time to let things breathe and not just yell at each other like you can get on cable news. In general, I think long-form content has the capacity to humanise the conversation, which is something I think we very much need.’

Dave agrees. ‘No one has all the answers [about climate change], and wouldn’t it be good to have an unfiltered conversation where you could admit “I don’t know about this thing…that looks bollocks – is it bollocks?” and not have to resolve it but to live in the uncertainty of it.

‘It’s back to that thing about conversations. When you talk to your mates in the pub about anything, you don’t end the call with a resolution and a nice call to action. You just talked, and that in itself is the point. And that’s what podcasts are for – you’ve had interesting, stimulating ideas, you’ve expanded into something you wouldn’t otherwise have expanded into and sit with it. And that’s beautiful.’

Accessibility for the under-represented

Another potential draw of the podcast is its accessibility. There’s a low barrier to entry, which allows more people to listen to and create podcasts around a niche topic.

‘Podcasts are one of the more egalitarian channels out there,’ Julianna said. ‘If you get rid of the idea of needing fancy equipment or schooling for it, there’s an incredible community that welcomes newcomers. All you need is a phone and free editing software to start. You do not have to work at NPR or have a degree in journalism to have your voice – or other voices that you think should be heard – heard.’

And that desire for people to hear more and diverse voices was a driving force behind Inherited. Its first episode was dedicated to the origins of the Sunrise Movement – the young climate activists who staged a sit-in at Speaker of the House Nancy Pelosi’s office in November 2018.

‘We realised that part of the new conversation in climate is the youth movement,’ Julianna told me.

Georgia agreed. ‘The fact that our generation is growing up with [climate change] all around us, that’s something we witness in our day-to-day lives. It’s not some foreign subject, it’s really ingrained at this point.

‘And yet the media coverage that we tended to see was pretty flat. It was doom and gloom, or it was “here’s the science, here’s the facts”. At the time, when we started thinking about podcasts and we started conceptualising our show, we wanted more of the emotions. When most people interact with the climate, they interact with it on the emotional level. Of fear, doubt, worry, anger. Those feelings are what’s prevalent when I think of my relationship to the climate crisis. And I wasn’t finding those reflected anywhere.’

An introduction for the climate curious

Are climate podcasts only speaking to a ‘converted’ audience, though? Those people already part of the community that Mary referenced in her tweet.

Dave said that if you look at the Sustainababble podcast as a whole, they’re broadly speaking to people who agree with their views. But it has the chance to reach a cross-over audience, especially when guests sits outside the normal climate audience.

Ross agrees that the topic can draw people who might sit on the edges.

‘From what we know, a fair number of people find the show through our title. They were looking for a climate podcast and Reversing Climate Change sounded hopeful. I doubt too many people truly skeptical of climate change would be attracted to our title, but if they were skeptical about climate change, they would probably listen to something solutions-oriented first rather than something truly grim. That’s just speculation though. What I think we would ideally like to do is reach someone not sure what to do about climate change, or even where to start learning about it, and show them a variety of different angles worth exploring.’

When Dave and his co-host Oli started Sustainababble in 2015, there were only a handful of programmes that dealt with the topic. But there’s been an explosion of climate podcasts, especially in the past couple of years.

And with the clock counting down for humans to cut carbon emissions, restore nature, and create a more equitable society, this proliferation of conversations and audience’s appetite for them is heartening. As Georgia said, ‘We all win when there’s more climate storytelling.’