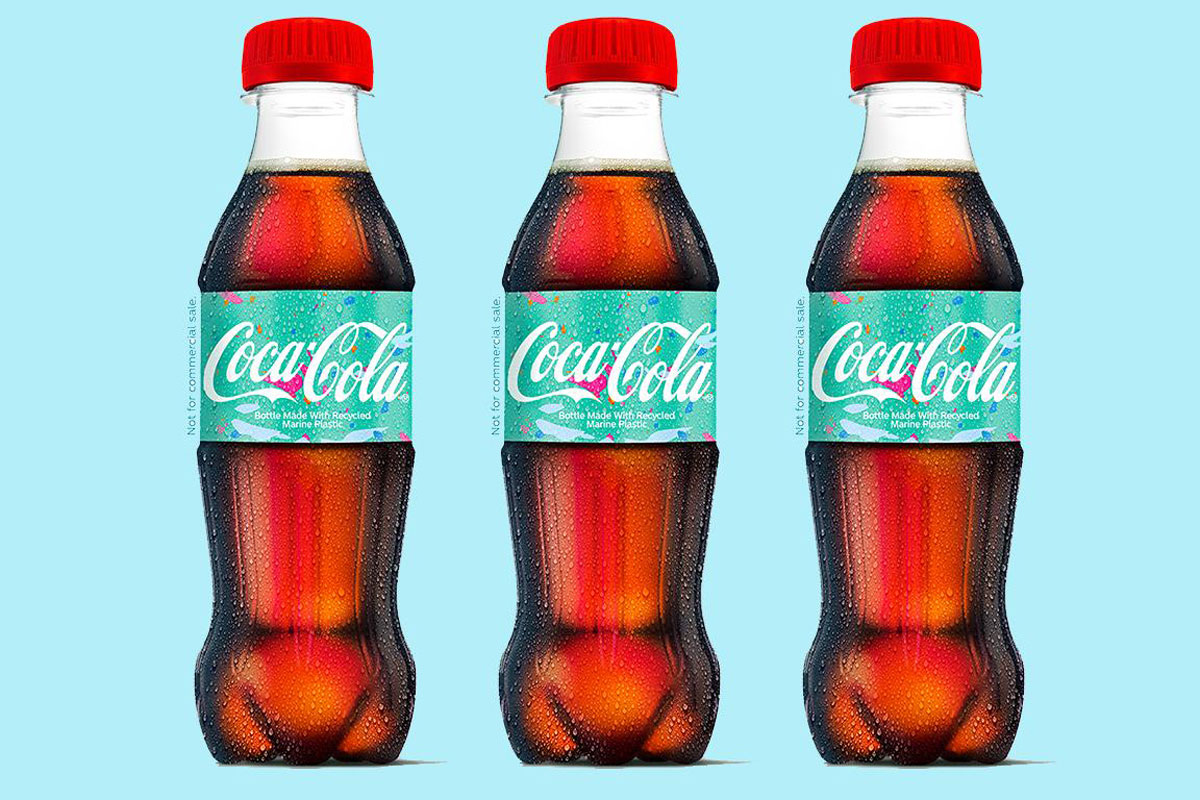 Coca-Cola Just Launched Its First Bottle Made From 100% Recycled Plastic: Can It Undo Its Massive Pollution Problem?

When you’re in the single-use bottle business, is any iteration ever a solution to all that waste?

The world’s most iconic soft drink brand has announced a milestone. Coca-Cola is bringing its first 100 percent recycled plastic bottle to market. The launch comes after the company was dubbed the world’s number one plastic polluter last year.

The new bottles are part of the soda giant’s efforts to reduce plastic waste. Weighing in at 13.2-ounces, the new bottles are specifically targeting a younger audience, especially as interest in sustainability increases among those under age 25. The recycled bottles contain at least 25 percent ocean plastic, according to the company.

The new bottle will begin hitting stores this month in the Northeast, as well as in California and Florida. It will launch nationwide this summer. Best-selling flavors including Coca-Cola, Diet Coke, and Coke Zero Sugar are coming to the “more sippable” packaging, the company said.

“We’ve been listening to consumers and they have been telling us they want something a little smaller and a little more easy to consume,” Alpa Sutaria, Coca-Cola’s general manager of sustainability, told CNN Business. “We took this opportunity to make a bottle with plastic that’s 100% recyclable.”

The company has come under fire for its single-use plastic bottles. But Coca-Cola says the answer isn’t to do away with them altogether, because that’s what consumers want.

“Business won’t be in business if we don’t accommodate consumers,” Bea Perez, Coca-Cola’s Head of Sustainability said at the Davos World Economic Forum summit in 2020.

“So as we change our bottling infrastructure, move into recycling and innovate, we also have to show the consumer what the opportunities are. They will change with us.”

The soft drink giant says it’s aiming for at least 50 percent of its products’ materials to come from recycled plastic by 2030. It also pledged to recycle as many bottles as it produces within that timeframe.

But last year marked the soda giant’s third year in a row atop the Break Free From Plastic‘s list of worst offenders. In its report “BRANDED Vol III:  Demanding Corporate Accountability for Plastic Pollution,” the campaign accused Coca-Cola and its competitors PepsiCo and Nestlé of failing to take meaningful action for the planet.

“It’s not surprising to see the same big brands on the podium as the world’s top plastic polluters for three years in a row. These companies claim to be addressing the plastic crisis yet they continue to invest in false solutions while teaming up with oil companies to produce even more plastic. To stop this mess and combat climate change, multinationals like Coca-Cola, PepsiCo, and Nestlé must end their addiction to single-use plastic packaging and move away from fossil fuels,” Abigail Aguilar, Plastics Campaign Regional Coordinator, Greenpeace Southeast Asia, said in a statement about the report. Greenpeace is one of many organizations supporting the Break Free From Plastic campaign.

According to Coca-Cola’s latest sustainability report, it says it is using its leadership to achieve “positive change in the world.” It also says it’s working to build a “more sustainable future” for the planet.

“We’re doing this by taking a hard look at data and setting goals for our company based in science,” the report noted.

“We made key investments, including in a cutting-edge bottle-to-bottle recycling facility in the Philippines and, in the United States, we teamed with industry partners and major competitors to launch the ‘Every Bottle Back’ program. This includes a new $100 million industry fund that will be used to improve sorting, processing and collection in areas with the biggest infrastructure gaps to help increase the amount of recycled plastic available to be remade into new beverage bottles.”

Coca-Cola is also working to meet Paris Agreement carbon emissions targets via its own “Science-Based” efforts. The company says it’s aiming “to reduce total GHG emissions across our full value chain by 25% below 2015 levels” by 2030.

“In 2019, we provided consumers more beverage choices with less sugar. We continue work to reduce package sizes and provide clear nutrition information. We removed approximately 350,000 tons of added sugar on an annualized basis through approximately 275 product reformulations in 2019.”

The new, smaller recycled bottles are aimed at helping the company and its customers meet that goal.