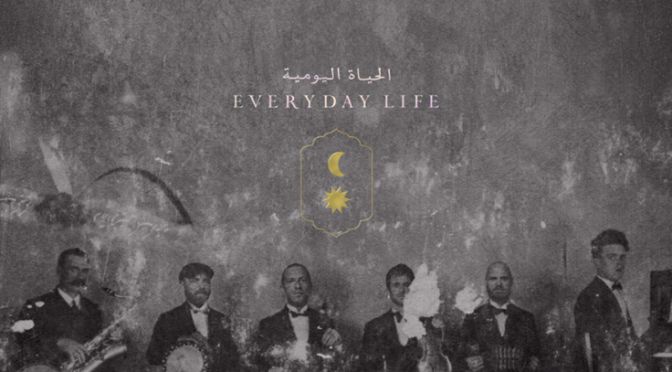 ‘You Have to Do Your Best’

‘We’re taking time over the next year or two, to work out how our tour can not only be sustainable [but] how can it be actively beneficial.’

Citing flying as one of the most challenging parts to creating a sustainable tour, he said:

‘Our dream is to have a show with no single-use plastic, to have it be largely solar-powered…We would be disappointed if it’s not carbon neutral.’

Everyday Life comes out on Friday. Coldplay are launching the album in Amman, Jordan with two special concerts, one at sunrise and one at sunset. The concerts will be streamed on YouTube.

The inspiration for the album comes from human interest stories, like the gardener of Kabul, that Chris watched on the BBC website.

It also speaks to the experiences of young people displaced from their homelands by conflict and natural disasters. They get labelled refuges and migrants, but at their heart they are people seeking peace and opportunity.

Chris said that each one of us, regardless of our industry or background, need to find the best way of living, of doing our jobs.

‘I think it’s a question of just accepting that you have to do your best, not to be too overzealous in criticising others, because everyone will catch up, I think, if you prove that it’s easy to do it the right way.’

If you’re in London on 25 November, head to the Natural History Museum for a one-off concert. Coldplay is donating all the proceeds from the show to ClientEarth, ‘an environmental charity which uses the power of the law to protect the planet and its people’.