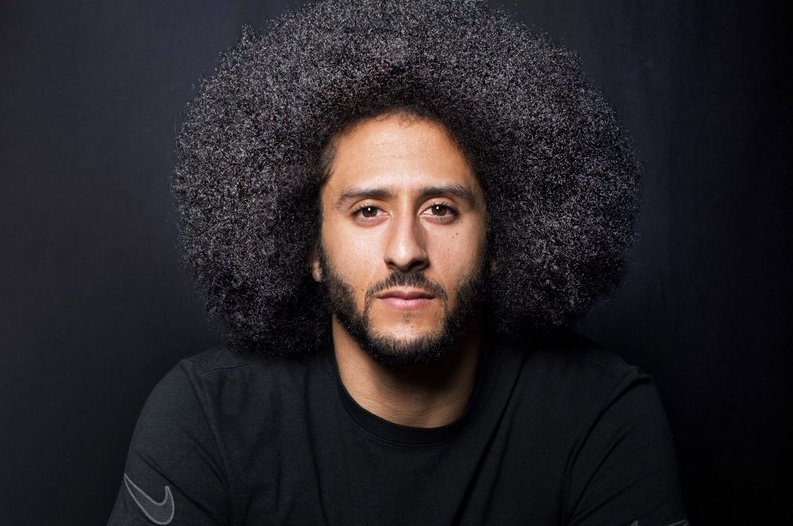 Forget everything you thought you knew about Colin Kaepernick. The formation of his new SPAC all but guarantees the future he’s dreamed of — and demanded — where social justice reigns supreme. But this isn’t happening through protests; he’s turning action into a platform for people and the planet, where profits ensure a sustainable and socially just world for all. A better future has just arrived, on bended knee.

According to recent SEC filings, Kaepernick is leading a nascent organization aimed at helping socially conscious companies go public in a big way.

Kaepernick will co-chair Mission Advancement alongside Jahm Najafi, founder of the private-equity firm Najafi Companies. Nafaji is also a minority owner in the NBA’s Phoenix Suns.

The company will target businesses valued at more than $1 billion, according to the Wall Street Journal. It’s seeking $287.5 million in its IPO. The company will work to acquire entities at “the intersection of consumer and impact.”

Mission Advancement Corp. is taking its mission-driven ethos to its very own board. It has a female majority and all members are Black, Indigenous, and people of color. Directors include Google marketing executive Attica Jaques, former Apple executive Omar Johnson, and Birchbox co-founder and CEO Katia Beauchamp.

“The mission of the Najafi/Kaepernick partnership is to identify, acquire and advance a company with the aim of creating meaningful financial and societal value,” the company’s SEC filing stated. “We believe Mr. Kaepernick’s substantial business experience combined with his long-term leadership on racial equity and justice issues will support our success in identifying a prospective target company and adding transformational value to the combined entity.”

Best known for kneeling during the national anthem in the 2016-2017 season while a player for the San Francisco 49ers, much has changed over the years. This week, Kaepernick features in the new eight-episode series “Colin Kaepernick VS the World” debuting on Snapchat. It details his football career and his off-field battles for inclusivity and equal rights.

His career started and ended in San Francisco, first as a second-round draft pick in 2011. He became the starting quarterback midseason in 2012. Kaepernick’s commitment to social justice issues though led to his decision to use his national platform to stand — by kneeling — against racism and police brutality. It’s what ultimately led the 49ers to decide not to re-sign him after he became a free agent in 2017. His unapologetic position made him a pariah; none of the other teams in the National Football League were willing to sign him.

“I am not going to stand up to show pride in a flag for a country that oppresses Black people and people of color,” Kaepernick said of his protests at the time. “To me, this is bigger than football, and it would be selfish on my part to look the other way. There are bodies in the street and people getting paid leave and getting away with murder.”

But his activism earned him more support than backlash, particularly in the years since he left football. Many players, not just in the NFL, joined him in kneeling, sitting, or even refusing to be on the field for the anthem. His impact has lingered; the Black Lives Matter protests last summer dominated major league sports from basketball to baseball all with signs of solidarity. The long-criticized Washington Football Team finally dropped its racist name and mascot ahead of the 2020-2021 season. Last September, U.S. Open Women’s Tennis champion Naomi Osaka wore BLM masks to every game, bearing the names of Black people killed by police.

Last December, Ben & Jerry’s launched a vegan ice cream flavor in Kaepernick’s honor. Last week, the company unveiled a billboard in Tampa, Florida, dedicated to the icon as well. The move came ahead of Super Bowl LV (55) being held at Tampa’s Raymond James Field. It wasn’t a coincidence. Ben & Jerry’s was reminding the NFL about its poor treatment of Kaepernick. (NFL commissioner Roger Goodell has since apologized to Kaepernick for the League’s treatment.)

During last Sunday’s Super Bowl, singer Mariah Carey took to Twitter in support, too. She dubbed the NFL’s biggest day “Colin Kaepernick Appreciation Day” for his uncompromising activism. She made the comment after the League ran a commercial pledging its commitment to diversity.

Kaepernick has become a voice for a number of social justice issues including ending police brutality and racism, animal rights, and prison reform.

Since leaving the NFL, Kaepernick has continued his advocacy work. He co-founded the Know Your Rights Camp in 2016. The organization works with disadvantaged youths through self-empowerment, American history, and legal support. It pivoted to support people in need during the covid-19 pandemic. Kaepernick invested $100,000 of his own money to help support the pandemic relief.

The Iron Man star said he was motivated by the gravity of the climate crisis. “This global existential threat is not something that’s going to be solved by a smattering of elite mega-corporations,” Downey Jr. said. “I think that paradigm must be smashed in favor of innovation by a broad set of new companies.”

Queen guitarist Brian May recently launched a luxury fragrance line with all proceeds going to support threatened wildlife. He’s been outspoken in criticizing the UK’s attack on badgers.

Even the Queen of England wants a more sustainable future to come to fruition. The Royal Family’s land holdings are now leasing to big oil and gas companies — but only if they’re bringing wind or wave power to the land. Prime Minister Boris Johnson says this will create thousands of jobs and make the UK the leading European producer of sustainable energy.

The venture will help the UK meet its net-zero targets. And it will also bring the Royal Family a big chunk of change; profits from sustainable energy over the next decade are expected to bring the Queen more than $9 billion.