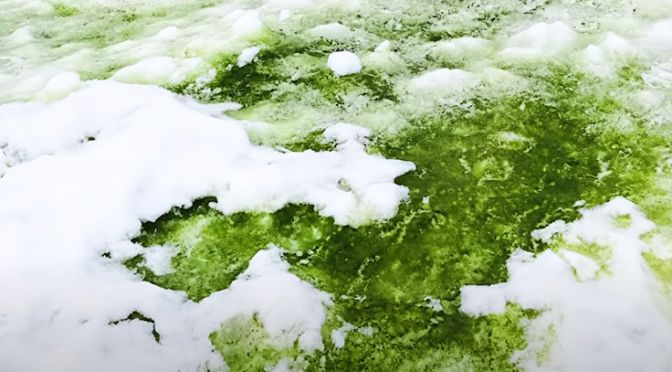 Antarctica is awash in greens, reds and oranges as microscopic algae blooms on the surface of the snow.

Ernest Shackleton noted the presence of algae in the Antarctic during his expeditions, but Dr. Matthew Davey from the University of Cambridge is part of a research team collecting data on the algae to map its extent on the continent.

This joint study with the British Antarctic Survey uses satellite imagery from the European Space Agency’s Sentinel 2 satellite and on-the-ground observations to establish a baseline to measure changes over time.

‘Importantly, our reports indicate that this green snow is likely to spread as global temperatures increase. Studies like ours are really important because they increase our understanding of the complex connections between these species, and the more we understand, the more we can protect the planet and its fragile ecosystems that could be lost or changed forever.’