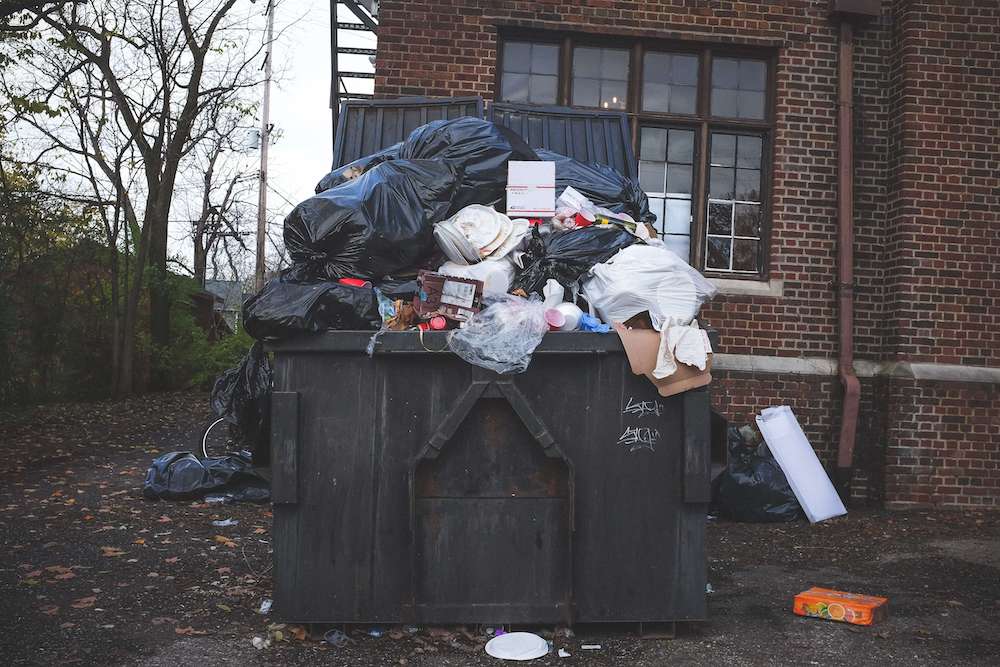 And all that recycling isn’t helping matters, either.

Garbage is now a $67 billion industry in the U.S. Americans are throwing away nearly five pounds of trash per person per day — that’s nearly 300 million tons every day — more than any other country on the planet. Where, exactly is away? Turns out, it’s nowhere.

According to the Environmental Protection Agency, half of that waste goes to landfills while some 20 percent is incinerated. Just over 30 percent is recycled. But these aren’t long-term solutions; our landfill space is shrinking, for one: since 1990, the number of landfills in the U.S. has decreased by nearly 75 percent.

Recycling doesn’t happen nearly enough, either, experts warn. Yet most consumers assume it does, making them more likely to justify single-use plastic or aluminum products, despite the evidence they’re more likely to wind up in landfills than a recycling facility. A 2019 study found recycling is not addressing the nation’s plastic waste problem nearly at the rate it should; and, in fact, it may be making matters worse.

One of the biggest culprits to our waste issue is our food consumption — or rather, lack of it. According to new data from the UN Environment Programme’s Food Waste Index, 17 percent of consumables go directly to the trash. Sixty percent of that happens in the home. If you’ve laughed a little too hard at memes about spinach wilting in the back of your fridge while you order take out again, you may be part of the problem.

The UN says the global food waste problem is “much bigger than previously estimated,” Richard Swannell from Wrap told BBC News. It’s been a topic for years with dumpster diving emerging as a trend in the U.S. amid the 2008 recession. The startling amount of food thrown out by supermarkets and restaurants was highlighted in the 2009 documentary short, “Dive!” by filmmaker Jeremy Seifert.

Food waste has long been considered a problem of affluence, affecting only rich nations prone to overbuying and stockpiling. And while industrialized nations like the US produce more food waste than devloping countries, the new research found “substantial” food waste “everywhere it looked”.

“We haven’t looked deeper [at this issue] but in low-income countries, the cold chain is not fully assured because of lack of access to energy,” Martina Otto from Unep told BBC News.

Food waste biodegrades quickly; much of the rest of our the trash does not. And, in many cases, it turns into a poisonous, liquidy mess. Leachate, a toxic sludge produced when rain water filters through landfills, can contain high levels of lead, mercury, and arsenic.

Many municipalities now line landfills with plastic liners or clay barriers to slow and prevent leachate. But it’s not always effective. A growing number of states now require two forms of barriers. But even that’s just a temporary stop to the inevitable. According to Peter Blair, an attorney with environmental nonprofit Conservation Law Foundation, “it’s not a matter of if it will leak, but rather when” a landfill will leachate.

“Stuff still gets through, and it’s ultimately discharged into the river where it gets absorbed by fish,” Dr. Jean MacRae, an associate professor in the Civil & Environmental Engineering department at the University of Maine, told the Seattle Times. MacRae says the leachate is even more resistant to traditional treatment methods because of the potpourri nature of the chemical sludge. “There’s no good way to break these types of contaminants down,” she says. “It’s a big concern.”

The National Institute for Environmental Health Sciences says leachate is also a source of per- and polyfluoroalkyl substances (PFAS), known as “forever chemicals.” These chemicals have been linked to developmental and fertility issues as well as certain types of cancer. Manufacturers have made efforts to remove these chemicals from the supply chain in recent years, but they wind up leaching out of landfills and back into our air and water.

Recycling Is the Underdog

That 2019 study on plastic recycling revealed another big problem: no secondary market for waste. For years, China had been buying up U.S. plastic waste. It was buying used plastic from around the world to the tune of 7 million tons a year and turning it into new products. But that practice ended rather abruptly in 2018 as China was becoming overwhelmed with its own plastic trash. The U.S. had two options: recycle more of it locally, or ship to other countries, like Vietnam and Malaysia, less capable of recycling it than China. We did a bit of both. And both have been largely problematic.

“Recycling is the underdog,” Keefe Harrison, CEO of the Recycling Partnership, told NPR. “We’re fighting an uphill battle to make it cost-competitive from day one.” Sending all that plastic to Asia for years led the U.S. recycling industry to fall behind in being able to process the sheer volume of it all. New types of packaging require new recycling methods. The U.S. has barely been treading water in the plastic-filled sea of our single-use addiction.

“The hard truth is that plastics are difficult to recycle and aren’t worth much,” according to U.S. PIRG Education Fund President Faye Park. Now that Asia isn’t buying our waste plastic, “we have to deal with it ourselves,” she writes, adding that “plastic is choking our recycling system as effectively as it chokes ocean life.”

Two of the biggest buzz phrases of late are zero waste and circular economy. They’re the glossy finish to other green buzzwords like the Paris Agreement — sheenier from a distance, but much stickier on the zoom-in. Everyone, it seems, is keen on the concept of reducing and reusing waste streams. Making that a reality is a lot more difficult.

The challenge comes largely down to volume. Using up plastic waste is typically expensive, meaning those products don’t sell as quickly as their precursor — say the cheap plastic soda bottles fished out of the ocean and turned into a $500 pair of Stella McCartney shoes. This is the circular economy’s biggest challenge. It’s not exactly circular at all; it’s more like a pyramid with the cheap waste from the bottom climbing the Everest-like upstream hill to luxury items only those perched at the pointy tippy-top can afford.

Manufacturers are getting creative, though, and finding ways to make pre-used plastic cheaper in its second or third lives — Coca-Cola just launched a new recycled plastic bottle without a price hike, for example. Budget-friendly shoe brand Steve Madden just launched an affordable range made with upcycled plastic.

But what of the rest of it?

There’s so much to our plastic waste problem it’s difficult to comprehend. It’s more than just bottles; clothes, cars, skincare products — they’re all culprits leaching microplastics into our waterways. Scientists predict our plastic problem will make plastic the dominant objects in our oceans within the next thirty years. And reusing plastic into new materials only continues the cycle; it doesn’t end it. And, of course, the issue isn’t just plastic. Waste products of all kinds are trickier and more expensive to break down than ever before. Our food waste issue, for example, leaves hundreds of millions without food while we meme about the inconvenience of leftovers.

The let’s-just-not-make-any-trash-at-all concept — zero waste — is indeed a noble aspiration. Many a blogger have packed their year’s worth of refuse into a Mason jar as proof of concept, but where does that leave the rest of us? Even the most conscientious of shoppers are still bombarded with plastic packaging, liners, junk mail, and all the rest of it — and dare you have pets or children to keep alive without making a speck of trash. Can we really resolve to be steadfast in bringing our own bags, filling up from bulk bins, and composting forever and ever?

Is remembering there really is no “away” to throw the things that no longer serve us a lesson we can ever learn? Or will it be like those unfortunate early mornings where we hear the yawning of the trash trucks as they lumber through the streets only to remember that we once again forgot to bring the bins down to the curb, forced to live with our big messy pile a little longer still. 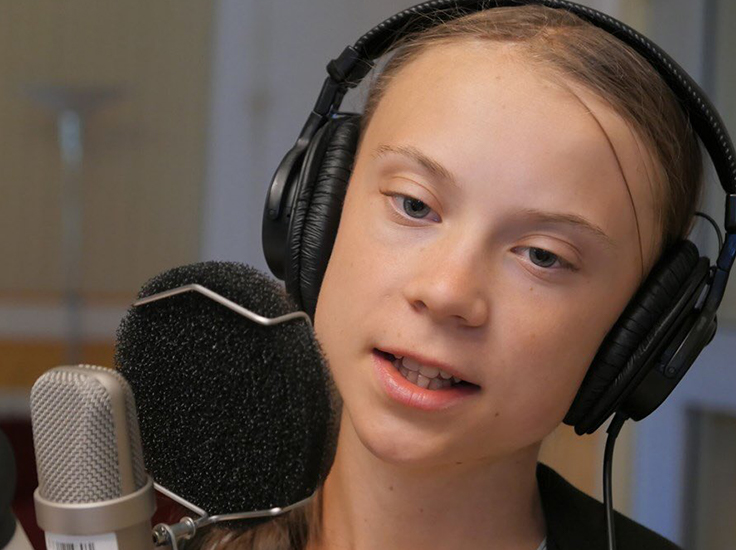 Humanity Has Not Yet Failed

The climate and ecological crisis can no longer be solved within today’s political and economic systems, says Greta Thunberg in a radio address

Teenager from West Cork has been named the winner of the 2019 Google Science Fair for his efforts to remove microplastics from water. 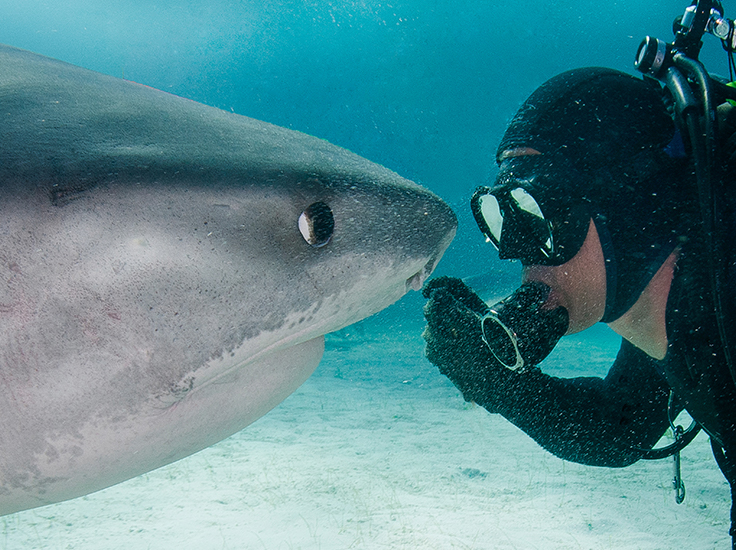 For the past 20 years, Jim Abernathy has been using affection and patience to help protect and preserve these ‘gentle giants’