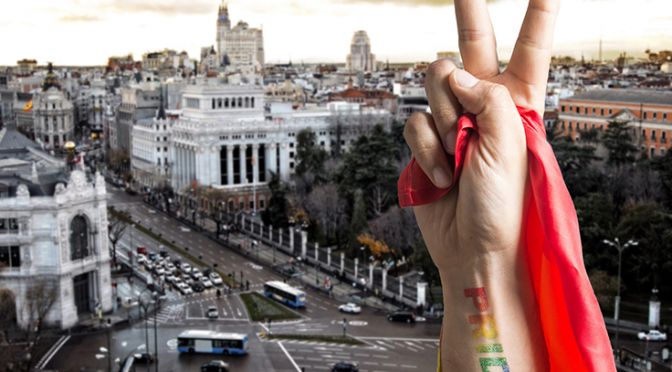 It’s been the strangest of years, devastating for some and a reawakening for others. In a world fraught with inequalities – gender, racial, sexual orientation and species – we have some important decisions to make. In fact, we only have two choices; the first one is to continue in a destructive manner, enflaming far right ideologies and destroying the planet, and the second is to ‘build back better’, creating an inclusive, equitable and diverse world.

From time to time, we seem to make progress; the Paris Agreement way back in 2015 paved the way for the Extinction Rebellion movement which is back in action and coming at the tail end of much needed Black Lives Matter activism. But then for every step forward, there are ten steps back. And this is why we are shocked and disappointed that the British government, in all their debatable glory, is looking to hire Tony Abbott as our trade envoy.

Actually, shocked is the wrong word because, given the poor decisions of the last year or so – HS2, the handling of the Covid crisis and the A-Level debacle, to name a few, we shouldn’t be at all surprised. But that’s for another day and another debate.

Back to Mr Abbott who, by all accounts, isn’t a very pleasant man. His misogynistic, homophobic, climate denying views suggest that he shouldn’t be accorded influence in any state, let alone as the UK’s trade envoy.

‘I probably feel a bit threatened [by homosexuality], as so many people do. It’s a fact of life.‘

Clearly, we’re at a pivotal moment.

Which is why our founder, Rachel McClelland, called upon environmental and equality communities to sign an open letter appealing to the British government to stop this madness.

Below is an excerpt from the letter which is now open for members of the public to sign https://forms.gle/Jg8eHhAzPPqrjJEH7;

‘As committed equality and environmental activists, we the undersigned urge the government to reconsider its proposed appointment of Tony Abbott as a trade envoy to the UK Board of Trade.

This is a man who described abortion as ‘the easy way out’, and suggested that men may be ‘by physiology or temperament more adapted to exercise authority or to issue command’. This is a man who described himself as “threatened by homosexuality”, and vigorously campaigned against the ultimately successful referendum in Australia to allow same-sex couples to marry. This is a man who has suggested that climate change is ‘probably doing good”, and who downplayed the link between extreme weather and bushfires at the height of this year’s Australian bushfire crisis.’