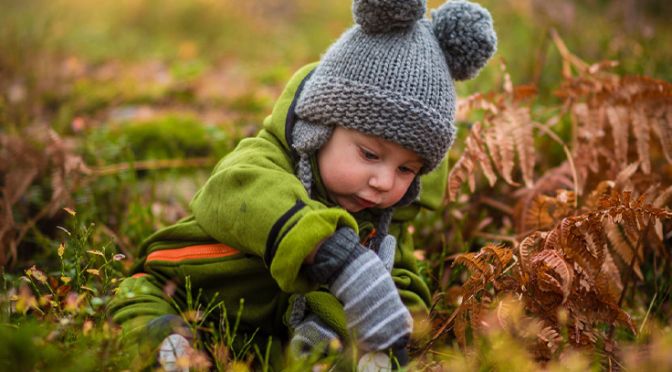 The Young Inherit the Earth

Can we make a difference where it counts the most?

‘The young shall inherit the earth.’

Sure, it’s a bit of a heavy statement, but that’s because it’s laden with truth. And now, perhaps more than ever before, it’s time to take a look at the world we live in and ask ourselves what sort of an earth they’re going to end up with.

You probably already know that things are in pretty bad shape. A report released in December 2018 by the UN’s Intergovernmental Panel on Climate Change states the next 12 years are crucial if we’re going to succeed in reaching the vital targets outlined in the Paris Agreement and reduce global warming rates to 1.5°C.

That means that we need to make every possible effort to enable change – starting with the people who will be running the show 12 years from now, and beyond.

Children are screaming for change

Young people are already demanding action. Take the climate strikes – more than 1.4 million students around the world have missed school to rally outside of their local government buildings and demand that climate change becomes a priority on the political agenda.

Part of this means rooting it in the education system – in February, over 100 students, teachers, and academics gathered outside the Department for Education in London to express frustration about how climate change isn’t treated as an important or serious part of the current National Curriculum.

Labour recently announced intentions to answer these demands, if the party should come to power. But some argue that the topic is being transformed into a political tool, rather than treated as a priority in its own right.

How does climate change fit into the UK curriculum?

As reported in an article from the UK National Association for Environmental Education, since 1988, the topics of environmental education and climate change have slipped in and out of the National Curriculum.

However, the focus was ‘weakened’ after the changes made to the curriculum in 2014.

Currently, students begin learning about it as part of the Key Stage 3 (age 11-14) within geography and science. It’s also included in the Key Stage 4 curriculum (age 14-16) in compulsory science classes and optional geography courses.

Many believe this isn’t nearly enough. During the protests in February, educators claimed that some students would have just 10 classes on the topic during the entire course of their 11-year compulsory education.

We’ve discussed the benefits of a plant-based diet and planet-friendly lifestyle, and studies are consistently showing that veganism is a pathway towards reducing greenhouse gases and deforestation, while helping to save water and protect biodiversity.

In short, it’s a solution to a lot of our major problems.

However, there is no current legislation in place that makes it mandatory for schools to have a vegan option on the school dinner menu – it’s up to local councils to work with individual boards to make this happen.

In fact, the current Requirements for Food School Regulations is actually structured to promote dairy, meat, and poultry consumption. It states:

Students are hungry for different options

The government’s failure to prioritise plant-based options hasn’t quenched students’ appetite for them.

According to a study conducted by Linda McCartney, 70% of British children want more vegetarian and vegan options on the school dinner menu. Some schools are listening – over the 2018/19 school year, 110 primary schools adopted ProVeg’s School Plates program.

The initiative is designed not only to help schools offer better meat-free options, but also to promote them, encouraging students to choose plant-based foods instead.

Parents are also taking matters into their own hands – recent headlines have celebrated mums in East Renfrewshire and Ramsbottom, who campaigned for vegan school dinner options as a basic human right.

Where do we go from here?

It’s clear that young people have a desire for change, and many have been able to get results. However, in order to hit the extreme targets that we need to reach, we must find a way to bring about change at a fundamental level.

A potential framework already exists – just look at the Foundation for Environmental Education Eco-Schools. Designed to weave environmental education into everyday school life, the program is open to schools around the world. There are seven key steps:

There are currently 51,000 Eco-Schools schools across 67 countries, running individual campaigns as well as taking part in the FEEE’s global projects.

This is, however, a voluntary program. For real change to happen, the government must be on board. And it’s not the impossible feat that it might seem, as the Philippines has demonstrated.

In response to climate change and mass deforestation, Filipino congress recently approved a proposal that will require students to plant 10 trees as a graduation requirement. If it gets through the senate, 175 million new trees will be planted each year.

It’s time for environmental sustainability to become something that’s taught alongside other key academic topics, so today’s children can understand the challenges that define the world they’re going to be shaping.

Perhaps that way, there’s a chance they can succeed where we’ve failed and leave it in better shape for those who inherit it next.

Ready to help? Learn more about the climate crisis and explore ways you can make sustainable changes to your everyday lifestyle.