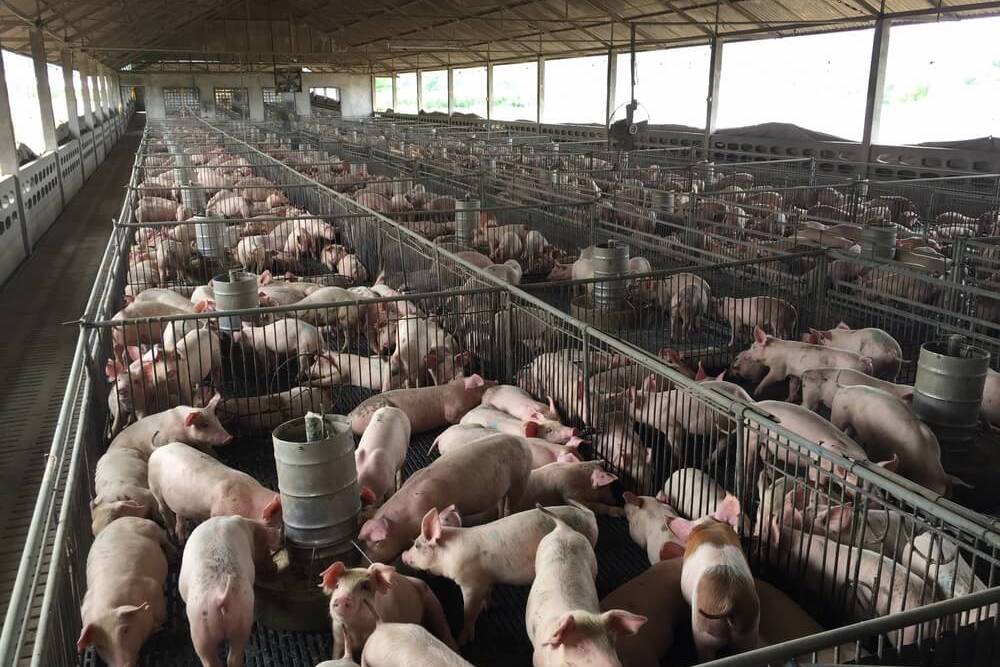 Pollution from factory farms now kills more Americans than pollution from coal power plants. And the number is growing.

Air pollution from factory farms is killing nearly 18,000 Americans every year, according to a new study. It’s the first research of its kind to look at the human health risks related to air quality as a result of emissions from concentrated animal feeding operations.

The study, published yesterday in the Proceedings of the National Academy of Sciences, says nearly 100 premature deaths in Duplin County, North Carolina, every year, are a direct result of its giant hog farms. North Carolina is the second-largest hog-producing state.

According to the findings, 80 percent of food industry pollution-related deaths come from animal agriculture emissions. These are the gases produced through manure and animal feed that can irritate the lungs, eyes, and the throat. The most dangerous is a particulate called “primary” matter (PM) 2.5, which can lodge inside lungs, leading to asthma, an increased risk of heart disease, stroke, and certain types of cancer. PM 2.5 accounts for more than one-third of all the premature deaths from farm pollution, the researchers said.

Then, there’s “secondary” particulate matter, where farm emissions commingle with other gases, creating noxious cocktails of toxic particles. Ammonia, a common molecule in animal manure, can mix with nitrogen and sulfur compounds, for example, becoming even more toxic.

“The food system has really flown under the radar” as a pollution source, said University of Minnesota professor Jason Hill, the lead author of the new report. “But what we eat affects not just our own health, but the health of others. We’re showing that directly.”

The Clean Air Act regulates emissions from power plants, factories, and vehicles, but air surrounding farms, some of which can contain hundreds of thousands of animals at a time, are less restricted.

“It’s one thing to eat a low-carbon diet,” Hill said. “But it’s another to say, ‘Gosh, if I eat this delicious lentil dish instead of a hamburger, it might be better for my own health but also for other people.’”

The researchers are calling for a shift away from animal products, which hold other benefits for the planet, too. A UN study released yesterday found a reduction in methane emissions, 42 percent of which come from animal agriculture, would help reduce global warming by nearly half a degree Celsius.

Reducing meat consumption reduces the risk of premature death from issues similar to those connected to pollution: studies have found a 6 to 10 percent decrease in deaths from common causes such as heart disease, stroke, and certain types of cancer when animal products were reduced or eliminated.

Hitting climate targets is easier with a shift away from meat. Thirty percent of dry land is currently used for livestock, and it’s a leading cause of deforestation of the Amazon, according to recent reports. Simply reducing meat to fewer than two hamburgers a week would reduce greenhouse gas emissions by more than 5.5 billion tons.