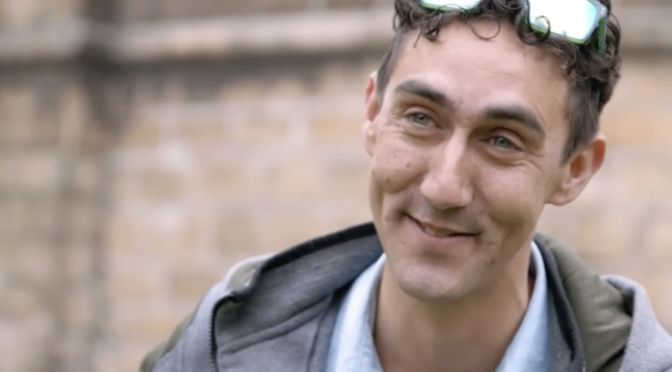 When Lee lost access to his son, he suffered a mental breakdown and ended up homeless.

‘Losing your family is everything…‘

After receiving no help from the authorities, Lee sought refuge with Wintercomfort.

While there, he was introduced to the idea of selling the Big Issue With Lee’s work ethic, energy, charisma and charm, it proved to be a great success.

Lee has recently been promoted to the Big Issue’s regional rep for Cambridge and with support from Wintercomfort continues to rebuild his life.