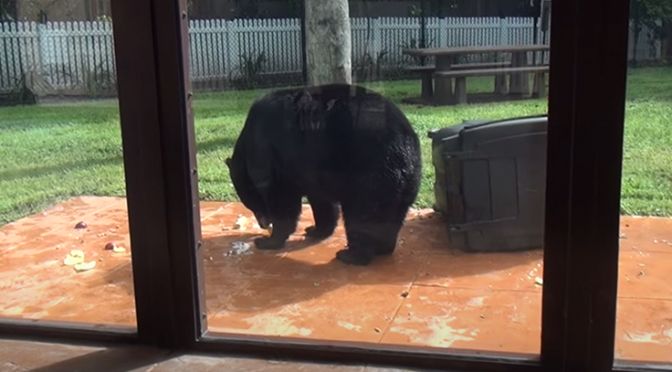 As populations grow and urban spread continues, animals and humans are crossing paths more frequently. This can have devastating effects – like we’ve seen with the Coronavirus pandemic –  but it can also have a sweeter ending.

Residents in Fort Myers, Florida, were surprised to wake up to an 18-month-old black bear roaming around downtown, through nearby neighbourhoods and eventually ending up in an industrial area to rest in the shade of some trees.

Florida has more than 4,000 black bears in the state and the majority are not aggressive. They become more active in the spring, looking for food after a winter in hibernation or perhaps a mate.

As for the juvenile black bear in Fort Myers, the Florida Fish and Wildlife Conservation Commission (FWC) called in a professional bear trapper and set their trap with Krispy Kreme glazed donuts and blueberry pie-scented spray. After a couple of passes, the bear was trapped without the use of a tranquilliser and without being harmed. He was released onto state-managed land where they are part of the FWC’s programme for bear conservation.

Here’s a day in the life of a Florida black bear…sans the Krispy Kreme.