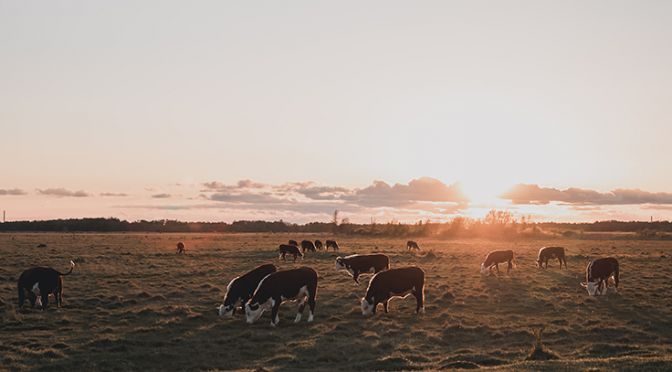 The only way to save the planet: eat less meat

According to a leaked report about climate change and land use, currently being debated in Geneva by the International Panel on Climate Change (IPCC), it will be impossible to keep global temperatures at a safe level unless global food production and land management are radically transformed.

Focuing on cutting carbon emissions from transport, factories and power plants will not be enough, scientists have warned.

72% of the planet is now exploited by humans for food whilst intensive agriculture is responsible for roughly half of all emissions of methane.

Global temperatures for July were 1.2C above pre-industrial levels for the month, which is particularly alarming when the IPCC has already warned that rises above 1.5C could lead to climatic destabilisation.

“We are now getting very close to some dangerous tipping points in the behaviour of the climate – but as this latest leaked report of the IPCC’s work reveals, it is going to be very difficult to achieve the cuts we need to make to prevent that happening,” said Bob Ward, policy director at the Grantham Research Institute on Climate Change and the Environment.

According to the IPCC, it is crucial that land is managed sustainably, peat lands are restored and meat consumption is cut dramatically.

“The consumption of healthy and sustainable diets, such as those based on coarse grains, pulses and vegetables, and nuts and seeds … presents major opportunities for reducing greenhouse gas emissions,”

One of the key measures put forward by the report is a major shift to vegetarian and vegan diets.

“The consumption of healthy and sustainable diets, such as those based on coarse grains, pulses and vegetables, and nuts and seeds … presents major opportunities for reducing greenhouse gas emissions,” the report states.

Climate change is apparently more of an emergency than initially anticipated.  According to the report, policies need to include “improved access to markets, empowering women farmers, expanding access to agricultural services and strengthening land tenure security”, as well as, “early warning systems for weather, crop yields, and seasonal climate events are also critical.”

Uncertainty lies over whether or not politicians and scientists can achieve these goals. A coming together of nations to discuss climate change is scheduled for late 2020, by which time, the US – the second largest emitter of greenhouse gases after China – will have just had its presidential elections. If Donald Trump is reelected, the talks are unlikely to have the impact that is needed.

The solution, however, is also in our hands. Admittedly, we need governments to step up and put policies, infrastuctures and innovations in place which will transform food production, put an end to deforestation and which will engage the global farming community, introducing alternative business models whilst also protecting land throughout the world.

But, people power is critical. If global citizens could consider reducing and eventually eliminating meat from our diets, not only will we begin to create a healthy planet on which we can live out our lives, but we can create longevity and sustainable systems that will support our children and grandchildren; and what better motivation is there than that?