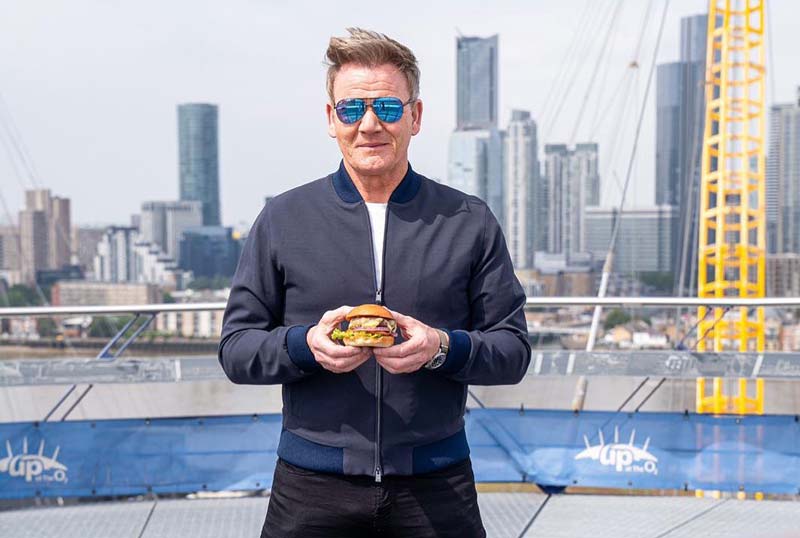 The “Kitchen Nightmares” star has done a huge about-turn on meat and dairy in the past few years. After embracing plant-based at home and in his restaurants, Ramsay is now the face of Silk’s latest dairy-free campaign.

Ramsay revealed in a video on Silk’s Instagram that he has cut dairy out of his diet ‘on a day-to-day basis’. He explains in the clip, “Hi guys, it’s me, Gordon Ramsay. The G.O.A.T. of yelling in kitchens. You know what else is G.O.A.T.? Silk Oat. It’s the G.O.A.T. of oat milk.”

The beef Wellington fan was well known for his beef with vegans. In fact, he was quoted as sarcastically saying he supported PETA, “People Eating Tasty Animals.” He even admitted to the Daily Mail in 2007, “My biggest nightmare would be if the kids ever came up to me and said, ‘Dad, I’m a vegetarian’. Then I would sit them on the fence and electrocute them.” But in 2018, after a stint on Vegan Celebrity Masterchef, the famous meat-lover decided to try a plant-based diet. Now, he credits his slimmed-down frame to eating 5 small flexitarian meals a day. He even made a scrumptious-looking “Beet Wellington” in honor of Veganuary a few years back.

The plant-based cuisine movement has also had an impact on his business. “From a restaurateur’s point of view, I could see a more creative demand for it. So it keeps chefs on their toes. And then when I got to delve into the detail of what that movement meant, I had gone on to oat milk,” he explained in a Delish interview. “With the sort of demanding times in my schedule, cutting dairy out of my diet on a day-to-day basis was absolutely crucial.”

Recently voted the best tasting oat milk in the US, the Silk brand came out of the Earth Day movement in 1977. After experimenting with soy, the brand founders came up with a revolutionary dairy milk alternative. Now mainstream, Silk has expanded from soy to nut-based milk as wells creamers and yogurt. Part of the WhiteWave group, that has recently been purchased by dairy giant Danone. However, the brand still sticks to its hippie guns when it comes to sustainability, from water conservation to supporting bees.