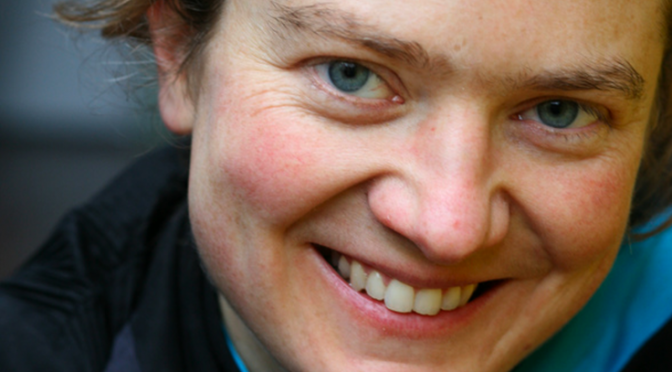 We need stop our greenhouse gas emissions. The faster we do it, the more we cut, the less bad the consequences will be. There is going to be a crash landing. We can still slow the speed at which our civilisation will crash but it will crash. We’re past the point where we can stop climate change. We may be past the point where we can slow climate change. All we can do is make the catastrophe less bad.

The reason I’m dedicating my life to climate change now is because when my children face whatever it is they’re going to face, I want them to think, ‘Our mum tried to stop this, tried to protect us from this because she loved us’. It’s become very personal to me now, climate change.

Our attitude toward the natural world and how we destroy everything for our own profit…that approach is a one-way path toward extinction. Coronavirus has put the brakes on that and given us one last chance to rethink and build back better as the campaign says.

We’ve all seen how quickly society can change when it has to change. Everybody knows society has to change because of climate change and now we’ve seen that it can change in a couple of weeks. Corona was the warm up, the big one is coming and we have to act way more, way more quickly, in a completely profound way.

When there’s action, there’s hope. Even if there isn’t hope, it’s worth doing positive things. It makes you feel better and it’s better to act than to not act. We have to do the right thing even if it looks like there isn’t any hope.

Former pop drummer and self-taught filmmaker Franny Armstrong, born 1972, has directed three feature documentaries – The Age of Stupid (2008), McLibel (2005) and Drowned Out (2003) – which have together been seen by 70 million people on TV, cinema, internet and DVD worldwide.

In the early days of the internet in 1996 she founded the McSpotlight website, which  Wired magazine described as “the blueprint for all activist websites”. Through her company, Spanner Films, Franny pioneered the “crowd-funding” finance model, which allows filmmakers to raise reasonable-size budgets whilst retaining ownership of their films – Age of Stupid is the most successful known example, raising £900,000+ from 300+ investors – as well as the “Indie Screenings” distribution system, which lets anyone make a profit by holding screenings of independent films – Stupid was screened locally 1,100+ times in the first six months.

In March 2009, the solar-powered Age of Stupid “People’s Premiere” set a new Guinness World Record by being simultaneously screened in 63 cinemas across Britain, whilst only producing 1% of the emissions of a standard premiere. It also hit No 1 at the UK Box Office, backed by zero pounds spent on advertising. Then in September 2009, a million people watched Stupid’s Global Premiere event – featuring Kofi Annan, Gillian Anderson & Radiohead’s Thom Yorke – in 700 cinemas in 63 countries, linked by satellite.

In September 2009 Franny founded the 10:10 climate campaign which aims to cut the UK’s carbon emissions by 10% during 2010 and which has amassed huge cross-societal support including Adidas, Microsoft, Spurs FC, the Royal Mail, 75,000 people, 1,500 schools, a third of local councils, the entire UK Government and the Prime Minister. 10:10 launched internationally in March 2010 and, as of July 2010, has autonomous campaigns up and running in 41 countries, where some of the key sign-ups include the French Tennis Open, the city of Oslo and L’oreal. 10:10 estimates that organisations doing 10:10 have so far cut 500,000 tonnes of C02.

Franny has been called a “21st Century Heroine” by Harper’s Bizarre, an “Eco Hero of the Decade” by The Guardian, one of “London’s 1,000 most influential people” by The Evening Standard, one of the world’s “Top 100 Women” by the Guardian and “Green Personality of the Year” by Edie. She is a Londoner born and bred.