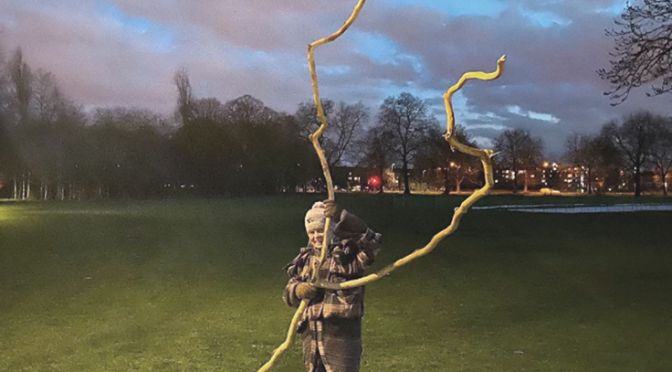 God Save the Queen

Some people make you proud to be British; some people disrupt the status quo, inspire the nation and make a difference. And some people take it upon themselves to radically alter our world for the better.

To some degree, we are beholden to the State, to the laws and to the notion of ‘but that’s how it’s always been’. Failing to question, to speak up, to demonstrate that we collectively want and need a better world.

But every so often, someone or something comes along that makes sense of how life should be. From the climate emergency to common land to capitalism, Vivienne Westwood’s Climate Revolution addresses the things in life that many of us unwittingly choose to ignore.

Yesterday marked the 79th birthday of the Queen of Punk; the legendary fashion designer and environmental activist. And, having published a new Climate Revolution Manifesto a few months ago, she is, as always, ready to channel her inner Boudica to rise up and go to war for our planet.

I’ve had a soft spot for Queen Vivienne for many years. As a rather rebellious child, she paved the way for us ordinary, working-class girls to find and share our voice. People like Vivienne opened up doors to dreams. Not only that, she makes some cracking pirate boots which I treated myself to some years ago and which still have pride of place in my wardrobe.

But, as the lady herself has declared:

‘We haven’t got time to talk about fashion at the moment…there is a need to transfer to a new economy, because the one we’ve got is killing us.’

There are some hugely thought-provoking and inspiring messages in Vivienne Westwood’s Climate Revolution Manifesto as she strives to end consumerism, ban private land ownership – music to my ears and probably to my friends’ ears who have long heard me rant about land belonging to nature and not to any rich person who marked the spot – and save the world.

And she certainly walks the walk, as was the case at Preston New Road’s ugly fracking site in Lancashire, just up the road from me. Don’t even get me started on fracking, but it was thanks to the endeavours of local activists who were onsite day-in, day-out braving the elements and the increasingly heavy arm of the law as well as the likes of Vivienne that fracking ceased, for now at least.

The Climate Revolution Manifesto is a timely assault on both the corporate world and corrupt governments as well as a call to arms to global citizens who can use our individual power to demand and instigate change.

Vivienne Westwood’s theories on land ownership and the rot dollar known as No Man’s Land are simple and place nature at the heart of the solution. Her manifesto makes sense.

In an article that she published just a few days ago and which mentions the blanket of peace and quiet over our towns and cities as a result of the COVID-19 lockdown, she writes:

‘We’ve had such beautiful weather on the weekend that Andreas said over and over again, “clear sky, no pollution, we’ve never seen a blue like that for generations.” We have to keep it. We can’t just let capitalism start all over again. Capitalism is the cause of all our problems. It’s a killer.’