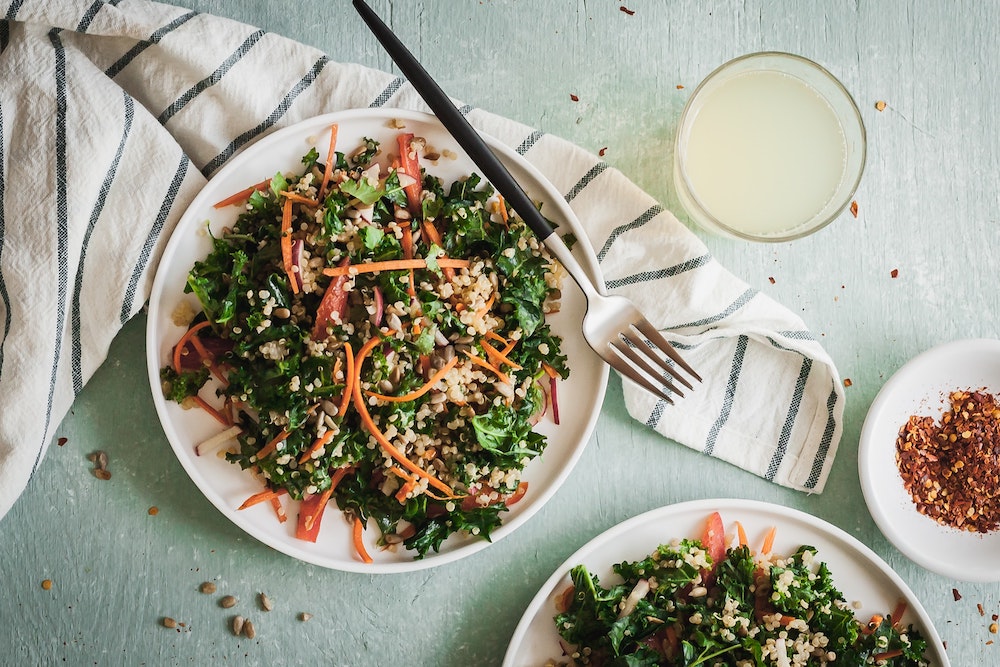 The Green-MED Diet: Why You Need to Upgrade from Good to Best

The plant-forward Mediterranean diet gets another scientific health boost.

You would have to live under a rock in a cave not to be aware that over and over, the Mediterranean or MED diet is judged to be the most widely praised dietary pattern to follow for health and avoidance of disease. For example, the recently released annual list of top diets by the U.S. News and World Reports ranked the MED diet as the #1 overall dietary pattern.

The diet was characterized as “The not-so-surprising secret is an active lifestyle, weight control, and a diet low in red meat, sugar, and saturated fat and high in produce, nuts and other healthful foods”.

Similarly, the recently released USDA Dietary Guidelines 2020-2025 chose the MED diet as one of three recommended dietary patterns. Of interest is the question, can the MED diet be made even healthier? How about a Green-MED diet?

Researchers in Israel developed a Green-MED diet to examine whether it was more effective than the standard MED diet in reversing fatty deposits in the liver. These deposits can lead to non-alcoholic fatty liver disease (NAFLD). If left untreated, NAFLD can cause cirrhosis and even death.

Over the course of 18 months, the researchers investigated 294 participants with abdominal obesity (beer belly) or significant cholesterol disorders (low HDL and high triglycerides). All subjects were advised to participate in an exercise program. There were three diet groups. One was a “healthy dietary guideline” group or HDG. The MED diet was rich in vegetables, with poultry and fish replacing beef and lamb. It was rich in walnuts. The Green-MED diet also included walnuts. This study also added 3-4 cups a day of green tea, and replaced dinner with a green shake. The shake featured frozen cubes of Mankai, a Japanese super-green (Wolffia globosa).

If you remove animal-based foods and replace them with polyphenol-rich plant superfoods, you can maximize your Mediterranean Diet. This includes adding the obscure chlorophyll-rich Mankai supergreen, if possible. Mankai is available in Western cultures as frozen cubes, like those used in the Israeli study. I have them in my freezer and they make a smoothie supercharged with nutrition.

Interested in the benefits of a vegan diet? Check out this helpful article about eating more plants.