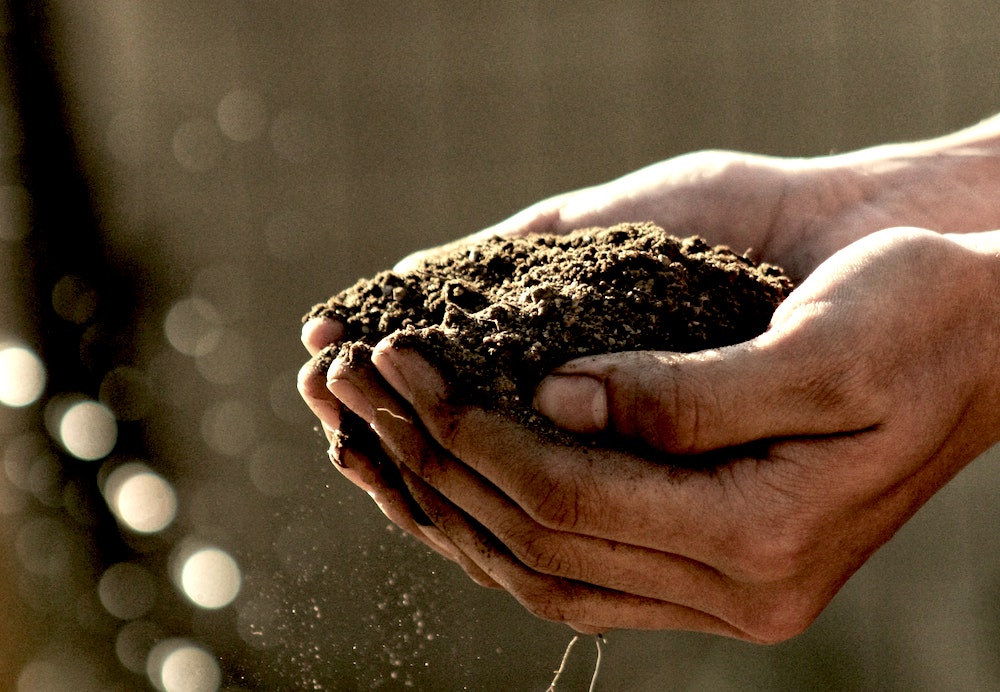 Protecting Soil and Forests Slows Climate Change. These 13 Groups Are Leading the Way.

We can’t win the fight against climate change without protecting soil and forests.

Forests and soil build and cool the atmosphere, maintain the water cycle,  feed, shelter, and provide livelihoods to billions of people and animals. In fact, they are arguably the most important tools to combat the climate emergency. Yet every year, the destruction and degradation of the world’s forests and soils continues.

According to the United Nations, the soil erosion is taking place at a rate of one soccer field every 5 seconds. “The fragility of soils, the thin layer of the earth which is the foundation of nearly everything growing and almost all that we eat, puts the “sustainability” of industrialized agriculture into question,” a 2019 United Nations Environment Programme (UNEP) report stated. “The potential for carbon sequestration in soils via agriculture can play an important role in mitigating climate change.” Whilst agriculture causes 25% of global greenhouse gas emissions, soil carbon sequestration can reduce and improve soil quality, yields, and nutrient provision.

Moreover, the Amazon rainforest has been decimated over the last century. When the Brazilian president, Jair Bolsonaro, recently allowed aggressive rainforest development, the resultant wildfires were the worst to ever occur in the region. Plus, Indigenous forest communities have experienced harassment and criminal activity.

Significantly, a new study, published in Frontiers in Forests and Global Change, says the Amazon and South East Asian rainforests are now producing more emissions than they sequester. Collectively, the forests of the world absorb nearly 8 billion metric tons of carbon annually. Without these carbon sinks, the planet will not be able to meet the Paris Agreement targets of keeping global temperatures from increasing by more than 1.5 degrees Celsius by the end of the century.

However, there is good news. Numerous groups – Indigenous Peoples, forest-based communities, NGOs and international organisations – are fighting to reverse the devastating effects of soil and forest degradation. Some are focussed on training, education and awareness on a grass roots level. Others aim to influence government and corporate policy. All are fighting to protect and restore our forests and soils.

According to this inspired French organisation 4 Per 1000 Initiatve, an annual growth rate of 0.4% of carbon in soil would significantly improve soil fertility and agricultural production. It would also contribute to achieving the reduction in temperature as per the Paris Agreement goals. The initiative has gathered NGOs, universities, and organisations from over 50 countries to implement a simple action plan based on agricultural practices adapted to local conditions. These include agro-ecology, agroforestry, conservation agriculture, and landscape management.

AFR100 (the African Forest Landscape Restoration Initiative) aims to restore 100 million hectares of land in Africa by 2030. A partnership of over 20 African nations, the hope is that reducing desertification and improving soil fertility will increase food security, climate change resilience and rural economic well-being. Successful projects include replanting mangroves in Madagascar with local communities, and fighting floods along Rwanda’s Sebeya River by reforestation.

The NGO FERN works to achieve promote and protect forests and forest peoples’ rights in the policies and practices of the European Union (EU). Building consensus and campaigns by partnering with global social and environmental organisations, Fern identifies threats to forests and devise solutions, which the EU can deliver.

4. Trees For The Future

Trees For The Future (TFTF) offer a simple and practical 4-year training program. Called the Forest Garden Approach, farmers plant thousands of trees that restore their soil, crop production, and bio-diversity. Working across Cameroon, Kenya, Senegal, Uganda, and Tanzania, so far more than 200 million trees have been planted, 23K Forest Gardens have been established, and 202K lives have been transformed. As Mate Mabaye, a Senegalese farmer, explains on the TFTF website, “I get more from my two-acre forest garden than I could get from six acres of peanut crop. My sons have a future now, and as I age, trees will continue to feed my family.”

This British charity The Soil Association has been advocating for “kinder” farming methods for over 50 years. From farm to fork, it campaigns and educates to promote chemical-free, organic food production. Its approach also involves working closely with farmers and local communities to develop and deliver grassroots solutions. Currently, the Soil Association is lobbying to stop the use of the glyphosate in UK agriculture. This pesticide – which the World Health Organisation calls a “probable carcinogen” – has been found in two-thirds of British bread.

Set up by a group of Californian friends with an interest in soil health in 2013, this non-profit now has a global reach. This is thanks, in no small part, to the Kiss The Ground documentary, narrated by Woody Harrelson, whose trailer has been viewed nearly 10 million times. Now, the group focusses on promoting their “regenerative” farming philosophy via individualised action plans, as well as online courses and workshops.

This nonprofit use strategic partnerships and media campaigns to take on the huge companies and industries driving deforestation and climate change. Recently, the Rainforest Action Network (RAN) called out the 2020 Olympic organisers for using unsustainable rainforest wood to build sporting structures. It is also tackling the banks – such as Japan’s MUFG – who finance palm oil businesses, linked with illegal rainforest clearing and human rights abuses. The RAN has also provided funding to over 300 frontline communities, in nearly 40 countries across 6 continents.

This NGO supports tribal peoples worldwide to campaign, lobby and protest for their land rights. It has helped the Yanomami people create the largest area of rainforest under indigenous control.  It also was instrumental in Indian Dongria Kondh tribe’s victory against mining giant Vedanta. Alongside the Kalahari Bushmen, survival International (SI) won a landmark case to see them returned to their ancestral land. Currently, the focus is on the two million tribal children being taught in “Factory Schools.” SI believes indigenous peoples’ education must be under their control.

Since 1875, US nonprofit conservation organization American Forests has been creating healthy forests from coast to coast. Now, it promotes reforestation through forestry innovation, place-based partnerships, and movement building. By 2030, American Forests aims to plant 4 billion trees are planted across 16 million acres of North America. Plus, it wants to ensure that in 100 of America’s cities, every under-resourced neighborhood reaches a passing Tree Equity Score. This indicates that the area has enough trees to benefit the community.

The original pioneers of forest certification, the Forest Stewardship Council (FSC) is a global, multi-stakeholder non-profit that helps consumers and businesses make informed choices about what they buy. FSC labels provide information about the origin of the forest materials used to make a whole range of products from toilet rolls to tables. It also collaborates with environmental, financial, and scientific experts to encourage responsible forest management.

This non-denominational NGO works to empower rural Indian communities. Active in over 2400 villages of Gujarat, Madhya Pradesh and Bihar, it has impacted lives of over 1.5 million people.  80% of those helped by AKRSP belong to marginalised communities – tribals, dalits, and minorities – whilst women make up 60% of interventions. To date, AKRSP’s soil improvement programs have enhanced over 40,000 hectares of land via watershed groups, irrigation and groundwater recharge systems, and river basin management.

Amazon Watch’s mission is “Protecting the rainforest and our climate in solidarity with Indigenous peoples,” and they’ve been successfully doing this for 25 years. With an emphasis on giving local communities the tools to advocate for themselves, they also use media coverage and campaigns to challenge governments, fight for corporate accountability, and educate about threats to the Amazon’s ecoystem.

Save Our Soils (SOS) aims to raise consumer awareness about the importance of soil for health, food security, and the climate. Working alongside the United Nation’s Global Soil Partnership, SOS aims to get food purchasers buy organic. It also encourages grassroots activism via its “Become a soildier!” campaign. Suggestions include removing a part of the pavement to create an urban farm and organising a flash mob with some soil-mates.