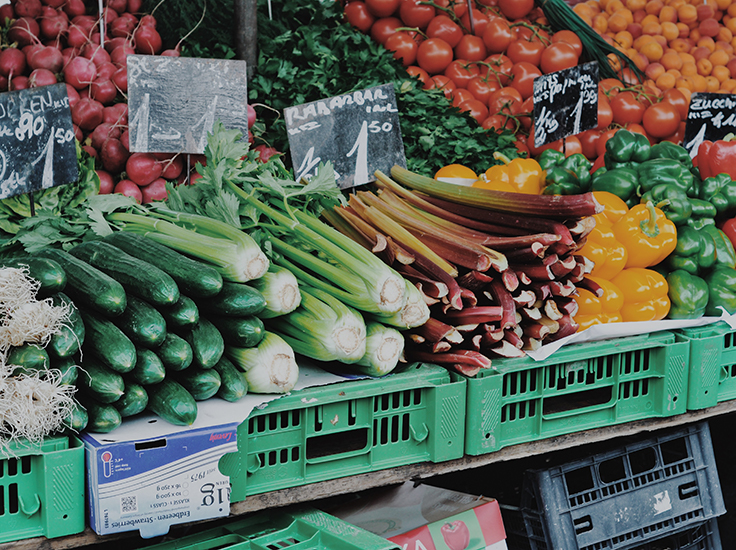 How You Can Cut Down on Food Waste Every Single Day

From dumpster-diving to slick tech, there are more inventive ways than ever to reduce food waste.

Food waste is a huge issue. In the UK alone, around 6.6 million tonnes of food waste are produced each year. Around 70% of this is food that actually could have been eaten.

On the Hunt for ‘Free’ Food Waste

Small wonder that ‘freeganism’ became something of a movement – not only against food waste, but against the economic system. Granted, it’s a rather risky one in which people shun conventional food procurement routes and make use of what is discarded by supermarkets, homes, and offices.

Often billed ‘urban foraging’ or ‘dumpster diving,’ there have been a number of people charged with trespassing, and even theft, when collecting food that’s only just on or past its use-by date. It seems that food and other refuse still belong to you when they’re in your bin. It’s possible that the wild abandon with which stores swathe their food in plastic has an upside. The ‘rescued’ goods are generally not only fit for consumption but have also made zero contact with other things in the bin.

Although freegans still make use of what they’re able to find (whether food or household items), many supermarkets (and other food and drink heavyweights) have stepped up in response to concerns about their waste.

Last year, there were more than 100 signatories to a government pledge to halve food waste. And, in recent years, there have been a number of chains, including Greggs and Pret A Manger, distributing day’s end food to homeless shelters, hostels, and charities. Supermarkets have also been working with charities to make use of surplus food.

In a climate that’s increasingly aware of the moral and eco-impact of food waste – other ways of accessing discards have been developed.

Enter food-sharing apps such as Olio, which aims to help people not only to redistribute and benefit from unwanted food, but also to connect with others in their area. Whether someone is a banker or on benefits, they are able to access free food without stigma or justification. The app recently teamed up with supermarket chain Tesco so that even larger quantities of food can be routed to those need.

And there are undoubtedly a large number of people who need it. Food bank usage in the UK was already on the rise before the start of 2020. At the beginning of the pandemic, around half of the people accessing food banks had never needed to before. It’s estimated that demand over the winter months will increase by 61%.

For those uncomfortable about accessing free food when so many people are in genuine need, there’s also the TooGoodToGo app. It allows restaurants and cafes to sell off their unused meals at a substantial discount.

Established in 14 countries, users can see which nearby businesses are participating and stake their claim on a ‘magic bag.’ Because the contents of each bag depend on what’s unsold, you’re in for a surprise each time.

It’s a win-win situation, with businesses winning back costs (and potentially finding new customers). And for households, they can score restaurant-quality food at a fraction of the price.

Karma, established in Sweden in 2016, works on similar principles. In London, it works with more than 400 restaurants to distribute unsold food to customers at a discount. The organisation also has an array of weekly veg boxes, using produce rejected by supermarkets or surplus to wholesalers. It’s an excellent way of skipping the supermarket queues, avoiding plastic packaging and minimising waste.

Oddbox works on the premise of weekly box deliveries, too. According to the website, ‘If food waste was a country, it would be the third biggest emitter of greenhouse emissions. A huge cause of food waste is that supermarkets turn away fruit and veg that doesn’t meet strict cosmetic requirements.’

Oddbox rescues the odd-looking fresh and fruit and veg and delivers it straight to your door.

And for those who simply want to reduce waste in their own homes, Love Food Hate Waste is full of great tips. You can learn how to use up leftovers, how to best store food, and what date labels really mean.

These sites and apps are going a long way towards reducing food waste, hunger, and emissions, all while helping people save money. All without the need for a dumpster dive.