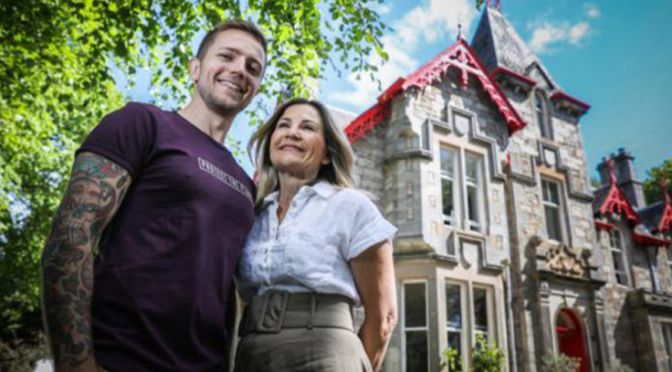 Culture & Celebrity Planet
26th May 2019 By: The Planet Shine
SHARE

There’s something very exciting happening in Scotland this summer, and Pitlochry marks the spot.

Saorsa (gaelic for freedom) 1875 – a stunning boutique hotel – opens its doors, and it’s no ordinary hotel; it’s fully vegan and not just where the food is concerned but from the energy supplier right down to every item of furniture.

Perthshire’s latest offering to the tourism market is owned by Jack McLaren-Stewart, 26, and his parents Sandra and John, who are all vegan. Saorsa 1875 is on the site of the former Birchwood Hotel and, following an eight month renovation, has resulted in what the family hopes will up Scotland’s game in the vegan stakes.

Jack’s motivation for the new venture is twofold;

“Partly it was born out of a frustration at the options available to vegans in this part of the world. We’re Scottish ourselves and like all Scots, we’re intensely passionate about our country and all the amazing things it has to offer.”

“We wanted to create a space where anyone, vegan or otherwise, can come and experience the beauty of the Highlands without feeling like they’re compromising on their ethics.

His passion for his homeland certainly strikes a chord;

“It’s one of the most beautiful places on Earth and we’re really excited about opening it up to a whole range of people who might not have otherwise visited.”

The family team have thought of everything – as well as a fully stocked vegan bar and restaurant, all of the furniture is vegan, as are the staff uniforms. And when it comes to beauty and house-keeping products, everything is cruelty free, ethically sourced and certified vegan. The McLaren-Stewarts even chose vegan energy supplier, Ecotricity, to power the hotel.

With a passion for enthusing clientele and local people when it comes to veganism as an “exciting, vibrant way of life”, the hotelier also hopes that they will showcase local produce to people from all over the world. And speaking of local produce, we can’t wait to visit the restaurant which is run by Italian head-chef, Luca Sordi, and which will offer “creative cuisine inspired by the Scottish wilderness”.  The hotel will also be offering visitors a full Scottish experience with retreats, culinary classes and a variety of adventures.

Jack is really hoping to positively influence a broader community about veganism;

“Our other motivation for opening the hotel was to dispel the myth that veganism is somehow restrictive or based around abstinence. More and more people are becoming aware of the horrific nature of animal agriculture and we wanted to show that veganism is a vibrant, exciting way of living that doesn’t require sacrifices. Equally, Scotland is home to some world class farming and a whole host of wonderful ethical businesses who we’re really looking forward to working with.”

Ahead of the grand opening, The Vegan Society has officially approved Saorsa 1875… oh and finally, and most importantly to The Planet Shine Chief Dog Officer, dogs are allowed. He will go to the ball!