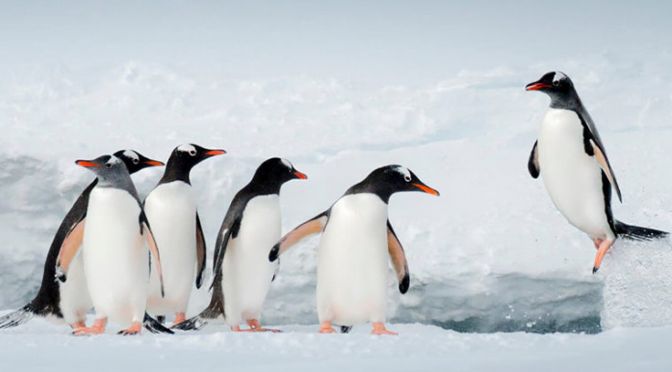 Up Close and Personal

How to see the Earth’s most beautiful animals

By Diane Small for Eluxe Magazine

Animal lovers around the world were enchanted by the BBC’s natural history hit, Dynasties, which appeared on our screens last year. But it’s one thing to behold beautiful creatures on the screen – it’s an entirely different experience to see them in real life.

If you’ve ever hankered to see chimps in their natural environment, or dreamed of encountering a tiger outside of a zoo, you’ll be chuffed to know this is more than possible, in a sustainable way, too.

We asked Marc Harris, owner of Odyssey Travels, to share his knowledge of where we can find some of the of the most inspirational of animals in eco-luxury locations.

One of the most beloved animals on BBC’s Dynasties was undoubtedly the chimp. Along with gorillas, chimpanzees are Africa’s only great apes, with a complex social structure uncannily like our own. Witnessing them interact in the wild is a truly unforgettable experience.

See them in: Tanzania’s Mahale Mountains National Park, which boasts the country’s densest population of primates, including around 1,000 chimpanzees.

Stay at: The impressive Mahale Greystoke Lodge, bordering Lake Tanganyika. Its huge thatched canopy, luxurious open-air bandas and wooden walkways make this lodge the ultimate al-fresco experience, with meals on the beach and barefoot luxury being the norm. Take a guided trek into the mountains, where you’ll spend an hour a day with the chimps. Be aware that our evolutionary cousins feed at different altitudes, so you’re in for a hike to maximise the full experience!

While you’re there: The national park is also home to abundant bird life, so allow time to explore its intricate network of jungle tracks. Plus, of course, there’s the breathtakingly beautiful lake itself, accessible by kayak.

The BBC crew spent 11 months filming Emperor Penguins on the remote Antarctic shelf – imagine how cold that was. To help them endure these incredibly harsh conditions, penguins have the highest density of feathers of any bird species – 100 per square inch!

Stay on board: The Hebridean Sky – a 12-day cruise on this luxury expedition ship offers outstanding vistas from your en-suite cabin, or panoramic views from the elegant lounge. Expert guides will take you ashore in small groups to marvel at the antics of the penguin colonies.

Or, if you’re strapped for time but not cash, charter the White Desert – a small jet flying directly in from Cape Town. On arrival at your destination, you’ll stay at the tiny, luxury Whichaway camp and explore Antarctica’s spectacular landscape and wildlife with professional guides.

While you’re there: Kite skiing or ice climbing are both available for thrill seekers, whilst for the truly intrepid the opportunity to camp out can be arranged by request.

Painted Wolves, also known as African Wild Dogs, may look cute and beautiful, but bewear: they are among the most efficient predators, boasting a hunting success rate of 85% – yet only 6,600 of them remain.

See them in: Zimbabwe’s Zambezi Valley – the place to see the packs in action. Head to the Mana Pools National Park where the BBC filmed these much-misunderstood animals.

Stay at: Ruckomechi and Chikwenya Camp in Mana Pools. The newly-opened Chikwenya Camp has raised the bar in world-class safari experiences. All the rooms sit on wooden decks and feature a panoramic glass fronted wall, so you’ll never miss a sighting. Safaris can be enjoyed on foot, by open four-by-four, or even canoe.

While you’re there: In the winter months, Mana Pools has the highest concentration of wildlife on the continent, so look out for leopards, elephants, lions, buffalo, cheetahs and more.

Lions may be called the ‘king’ of the jungle, but make no mistake: it’s the females who do the ‘lion’s share’ of the work – they’re responsible for around 90% of the hunting!

See them in: Kenya’s Masai Mara – often hailed as the world’s best wildlife destination with one of Africa’s highest concentrations of lions. Head here and you’re pretty much guaranteed to witness these majestic creatures.

Stay at: Governors Camp, located on the banks of the Mara River in the Masai Mara National Reserve and justnext door to the Marsh lion pride featured in Dynasties. Accommodation is in classic safari tents surrounding a central camp. But this is no ordinary camping experience. All tents have en-suite bathrooms with hot and cold running water plus five-star service, including expert safari guides.

While you’re there: Take a balloon flight over the expansive plains for a truly epic view of this incredible habitat.

Tigers are the largest species of cat, reaching up to 3.3 metres in length. Sadly, there are more kept privately as pets than can be found in the wild today, so viewing them in their natural habitat is rare and special.

See them in: India’s Bandhavgargh National Park which, with dense jungle and open grass plains, offers some of the best tiger-viewing in the world. It’s known for its large population of royal Bengal Tigers and is also home to the rare White Tiger.

Stay at: The Samode Safari Lodge – a chic boutique lodge set on the edge of the forest. Samode includes 12 spacious cottage suites built from mud in the traditional style, plus a communal stilt-raised area, forming the perfect wildlife-spotting vantage point. Guided trips into the jungle to see the tigers and other indigenous creatures are available twice a day.

While you’re there: Bandhavgargh National Park is home to many other wonderful mammals, including leopards, Sambar Deer and Sloth Bears, so there’s plenty to see while searching for those tigers!

If you’re there to see animals, it likely means you care about them and their environment – but maybe you’re not sure of the best way to do so. Here, Marc shares his top tips to ensure your safari is a susainable and happy one.

Wild animals are easily distressed, so always keep a safe distance, particularly when a predator is hunting, or a mother is tending her young. Always abide by the rules set out by your guide; they are there to protect you as much as the animals.

Water is extremely rare in many African safari destinations, so take short showers rather than baths and reuse your towels. Showers often drain into the soil, so bring environmentally-friendly biodegradable toiletries and laundry detergents.

As the saying goes: “take only photographs and leave only footprints”. Do not litter and avoid non-recyclable items wherever possible. Keep used batteries and dispose of them when you get home.

The Planet Shine would like to thank Chere Di Boscio, Eluxe Magazine for sharing this amazing piece with us.