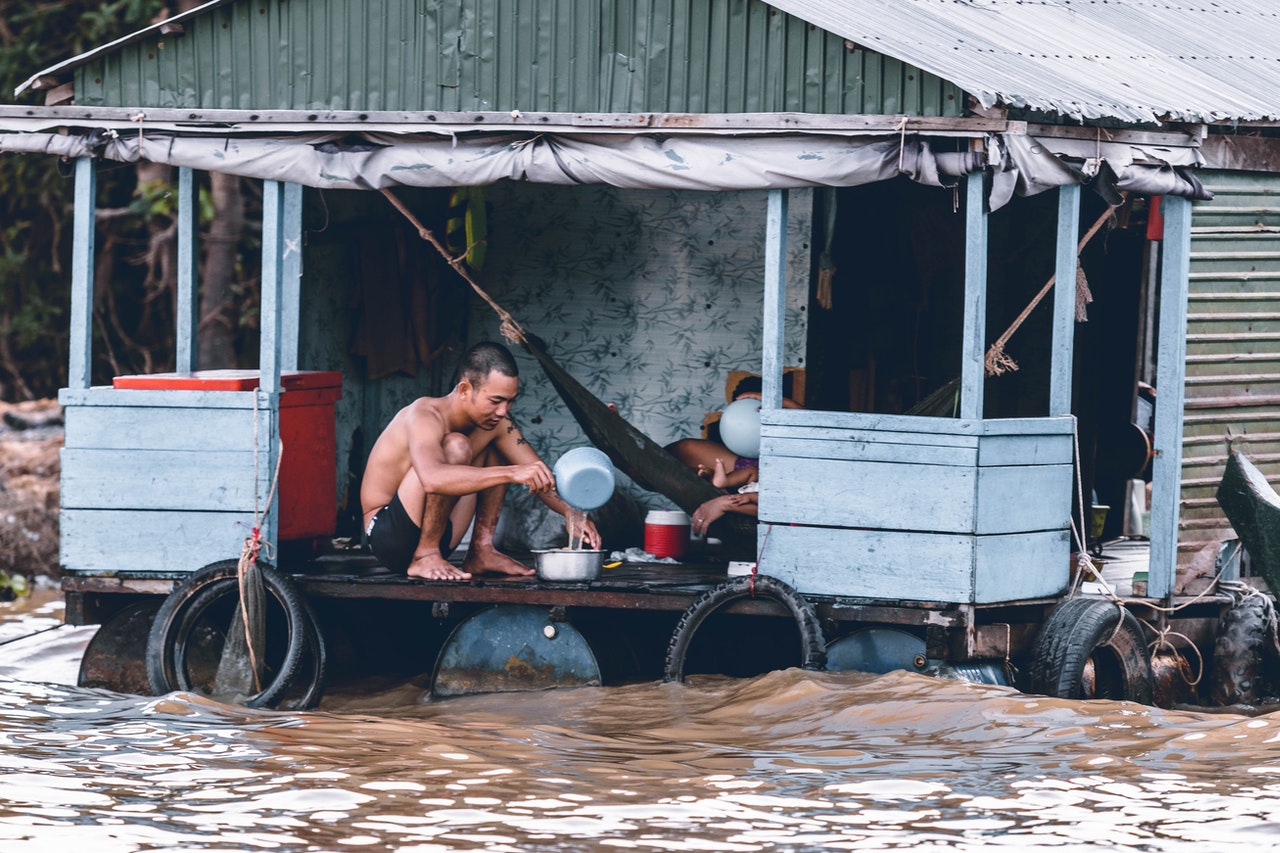 Last year saw devastating floods in Kenya and Uganda, a third of Bangladesh underwater and the UK’s wettest day on record, with enough rain to fill Loch Ness.

Now, a report says that global extremes in rainfall are caused by human activity.

Climate scientists at London’s UCLA conducted the research. The study points to anthropogenic or human-induced warming of the climate as the main cause of excessive rainfall, storms, and cyclones. Natural climate changes such as El Nino and La Nina – the warming and cooling of the surface of the Pacific ocean – were seen to also have an impact on precipitation. However, the scientists used global climate records, machine learning, and multiple data sets to build a worldwide picture to estimate the human contribution.

“It is vital to identify the changes [to precipitation patterns] caused by human action, compared to the changes caused by natural climate variability,” explains lead researcher Gavin Madakumbura to the Guardian. “It allows us to manage water resources and plan adaption measures to changes driven by climate change.” Greenhouse gas emissions and land-use changes were seen to add to the likelihood and severity of extreme events.

The study’s findings are supported by Met Office data. This shows that extreme rainfall is increasing globally with more rainy days. Plus, there is heavier rain on those wet days. Last year, 2 months of record rainfall in southern China killed 219 people. It also caused the evacuation of 4 million and resulted in $26bn in economic losses. Senegal recorded 124mm of rain over a seven-hour downpour. This is the usual amount from the entire rainy season. The Philippines were hit by Typhoon Goni, with gusts of up to 192 mph. The storm killed at least 20 people and lead to the evacuation of a million.

According to Madakumbura, “The dominant mechanism [driving extreme precipitation] for most regions around the world is that warmer air can hold more water vapour. This fuels storms.”

Too Hot to Handle

Scientific research has also linked human-induced climate change to global temperature increases. In recent weeks, heat waves have caused hundreds of deaths in the northwest United States and Canada. Another recent study has assessed the human cost of record-breaking temperature highs. The researchers attributed 37% of all heat-related deaths across the 6 continents they studied to climate change. Talking to National Geographic, the lead author of the study Ana Vicedo Cabrera stressed the need for urgent action. “Climate change is not something in the future: It’s something in the present, and it is already affecting our health in very dramatic ways.”