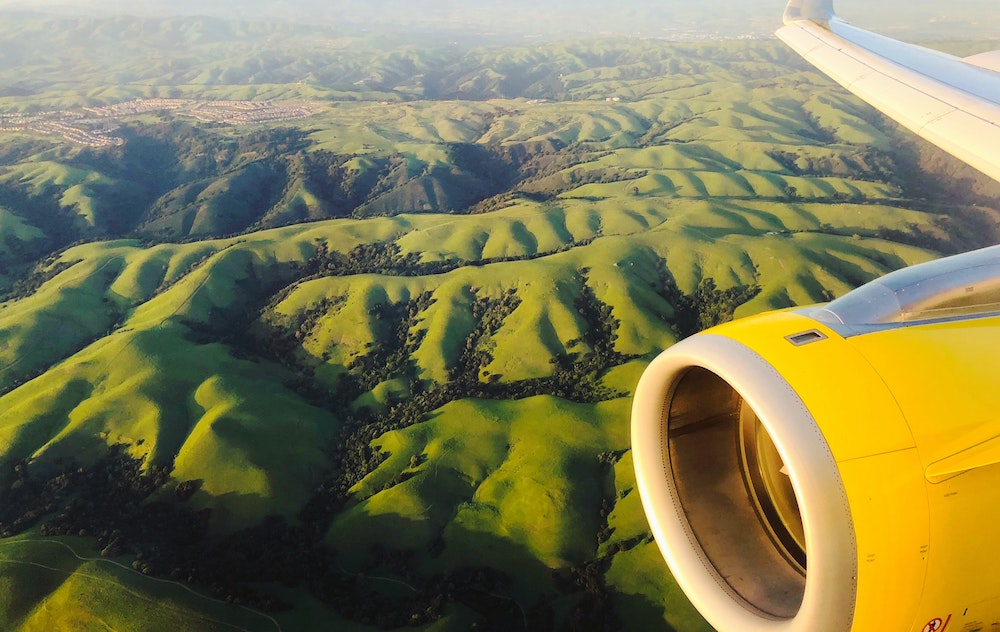 Engineers have designed the airplane concept of the future.

What does the future of air travel look like? According to a team of MIT engineers, it’s a lot like driving a hybrid car.

A new concept in airplanes could help to reduce 95 percent of nitrogen oxide emissions (NOx). The concept plane design and its environmental impact are detailed in the journal Energy and Environmental Science.

Shifting to a hybrid model would only require 0.6 percent more fuel.

“This would be many, many times more feasible than what has been proposed for all-electric aircraft,” Steven Barrett, one of the study’s authors and an MIT professor of aeronautics and astronautics, said in a statement. “This design would add some hundreds of kilograms to a plane, as opposed to adding many tons of batteries, which would be over a magnitude of extra weight.”

The new design involves a relocation of the plane’s gas turbines, typically found under the wings. The MIT team’s concept moves them to the cargo hold, where, instead of gas, they would power propellors or fans through an electric-powered generator.

This relocation, the team says, avoids the need to adapt the plane’s engine. The change instead works similar to diesel vehicles, and would keep the same power generation, only without the air pollution. The generators would clean exhaust, converting nitrogen oxide into nitrogen and water. It would then disperse the converted nitrogen into the atmosphere.

“This would still be a tremendous engineering challenge, but there aren’t fundamental physics limitations,” Barrett said. “If you want to get to a net-zero aviation sector, this is a potential way of solving the air pollution part of it, which is significant, and in a way that’s technologically quite viable.”

Reducing NOx emissions isn’t just critical for the health of the planet. It could also save thousands of lives. NOx generated by air travel is linked to 16,000 premature deaths every year, according to a 2019 MIT study. That study found NOx emissions to be more damaging to the air quality (and human health) than to the climate.

According to the World Wildlife Fund, if the global aviation sector were a country, it would be among the top-ten carbon-pollution nations.

“The compounded effect of ozone at such a low altitude and NOx, which acts as a precursor greenhouse gas, means that aviation is responsible for around five percent of global CO2 emissions annually, at a minimum,” EcoWatch explains.

The EPA says fine particulate matter, produced by NOx, is the pollutant with the biggest impact on human health. It’s linked to respiratory conditions including asthma, cardiovascular disease, and some forms of cancer.

The MIT team is also working on developing another climate-friendly model: a zero-impact airplane. It would not create any emissions, according to the team.

“We need to get to essentially zero net-climate impacts and zero deaths from air pollution,” Barrett said. “This current design would effectively eliminate aviation’s air pollution problem. We’re now working on the climate impact part of it.”