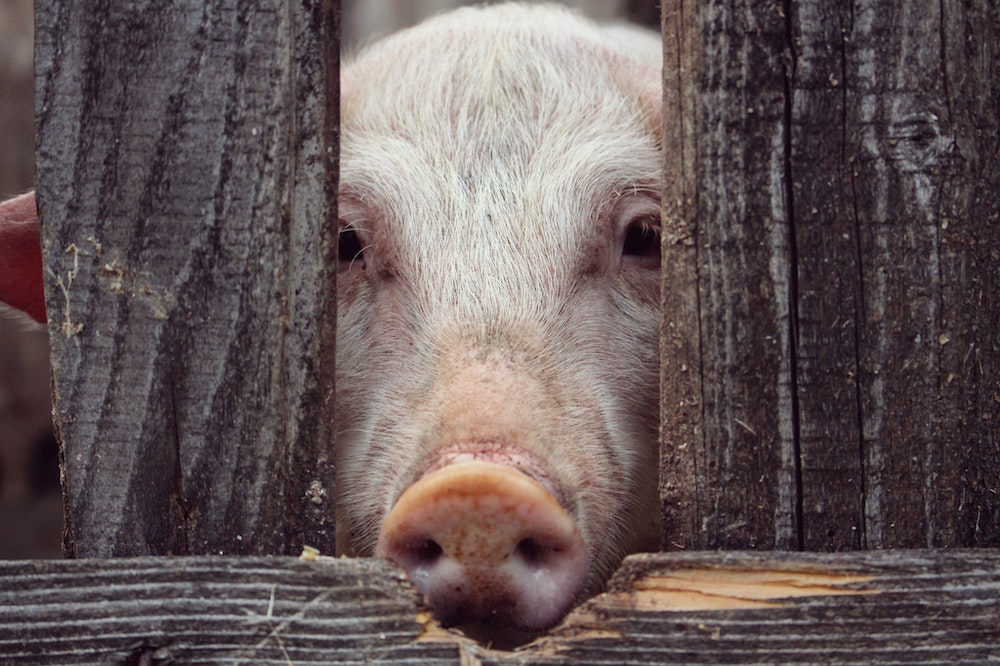 I Went Vegan to Save Animals, But It Turned Into So Much More

A journey born out of love became my life’s purpose.

Ever since I was a little girl, I’ve had an affinity for animals. They touched my heart like nothing or no one else did. At the age of 2, our dog, Daisy, used to hold my hand with her mouth. I adored her. She was a friend like no other, and, seeing as I didn’t ever really fit in at school, her friendship meant the world to me.

In my late teens, I started college and was introduced to vegetarianism. Back in the early ‘90s, there weren’t many meatless choices, and, hailing from a typical Lancashire town where meat and two veg were the norm, pasta with sauce and cheese became my go-to meal. Fortunately, my grandma discovered ‘Sosmix’ at the local health shop and began making homemade vegetarian sausages and sausage rolls. And then, lo and behold, Linda McCartney saved the day! Her vegetarian product line offered an array of food from lasagne to pie that all brought untold deliciousness into my life.

Around this time, I also began my animal rights journey. As a naturally inquisitive person, I was forever researching and learning, and was horrified to discover that animals were used by cosmetics companies to test make-up and scores of other products. I mean, seriously – inflicting pain and suffering on animals and all for vanity? The world had truly gone mad.

But I still assumed that consuming dairy was fine. The marketing men of old and their idyllic imagery of happy black and white cows frolicking in fields pulled the wool (an ironic idiom) over my eyes and I continued telling myself that dairy was okay. As a dairy-eating vegetarian I viewed vegans as rather weird back then!

Fast-forward twenty years, toing and froing between vegetarianism and flexitarianism whereby I succumbed to some chicken and fish from time to time. I ignored my true self, hushing the whispers and the unease I increasingly felt when I allowed myself to think about animals and their suffering.

Romeo to the Rescue

And then, ten years ago, a Staffordshire Bull Terrier puppy – Romeo – came into my life. He turned everything upside down, chewing everything in his sight (!) and forcing me to reconnect with animals and nature. The love I feel for him is like nothing I’ve ever known. And as someone who has never had the urge to have children, I can only assume it’s the same kind of love. Unconditional, heart-swelling, pure joy.

When Romeo was about two years old, I remember having a conversation with Claire Parkinson, an academic friend who runs the Centre for Human Animal Studies and a leading voice in animal rights academia. I was delighted to meet someone who felt the same way as I did about my dog and about animals.

She very gently talked about veganism and explained sentience to me — the fact that animals, just like humans, experience happiness and pleasure, they feel pain and fear. This notion made it impossible for me to ignore my connection with animals.

I still, however, wasn’t quite ready to go vegan – I loved ‘a proper cup of tea’. Yes, that was my rather weak excuse. It makes me cringe now but I remind myself of this when people ask me about veganism or when they say things like ‘I could never give up meat’. We are all on our own individual journey, and, fortunately, Claire was a very understanding and non-judgemental friend.

She recommended a book to me, “Defining Critical Animal Studies”, and it was at this point that I fully began to understand that I had no excuse to consume dairy – ethically, environmentally or for health reasons. Cutting out milk that’s meant for calves was my obvious next step.

And, so, right there and then, my vegan journey began. And after almost six years of veganism, I can honestly say that I have never felt healthier or happier, and that I have never enjoyed food so much. The array of vegetables, pulses, the new processes and cooking methods that I’ve learnt is beyond exciting. From vegan quesadillas with cashew cream to vegan wellington with roast potatoes and lashings of gravy.

Along the way, I began asking myself why anyone would eat meat when there are a plethora of incredible, healthy, cruelty free foods on offer. This fascinated me so much that I started researching and learnt that the oppression of humans and other animals is completely intertwined. Agricultural systems began approximately 10,000 years ago when the exploitation of large animals became a sign of wealth and dominance.  This behaviour extended to women and to Indigenous peoples in the Americas, Africa, and Australia who, like animals, were dominated and enslaved.

This ultimately led to what we now know as a patriarchal system; male dominance throughout the world (except for a few small matriarchal tribes) and has, in turn, led to industrial farming on a scale that is destroying the earth. But that is for another time and another story.

Since the Great Acceleration – a surge in the growth of human activity and our subsequent impact on the planet –  we have reached a crossroads on Planet Earth which, on a much smaller scale, reflects my own personal journey.  Having found my vegan niche in life and finally feeling comfortable in my own skin, I, too, reached a crossroads in my career.

Following a wild and entertaining journey through feature films and music videos, I began my foray into sustainability ten years ago. But I constantly felt like I wasn’t doing enough. Right before my eyes, I continued to witness the horrors of industrial animal farming and the never ending abuse of our planet and other species.

And then it hit me like a bolt out of the blue; what if I combined my passion for animal rights and the natural world with my love of storytelling and filmmaking? What if we could entertain millions of people whose shared human experience meant that they, too,  wanted better lives and a better world and that between us, we could reimagine the world, find our place in it and live our best lives?

So right there and then, planetSHINE was born. Our love of entertainment and storytelling is front and centre whilst our heart focuses on making a difference and taking back our power to use it for the good of all sentient beings. And for now, I’m able to live a peaceful life knowing that I am doing everything that I can to be true to myself and to help animals. I truly believe that if everyone begins to understand the intrinsically linked nature of the world’s social movements – animal rights, civil rights, women’s rights, to name a few – we could begin to correct the institutional damage that has been a fundamental driving force for centuries. And, who knows, in the process, we may just save the planet and bring about a peaceful, global society healthier and more supportive of one another than at any other time in our history.