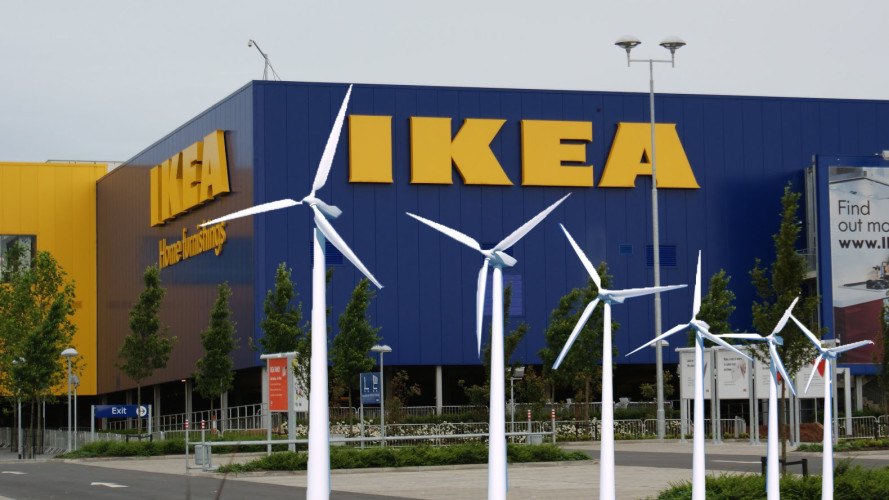 IKEA ramps up its sustainability commitment with aggressive targets to hit 100% renewable energy.

IKEA is going renewable. The Swedish furniture giant says it is investing an additional €4 billion into wind and solar farms as well as adding electric vehicle charging stations at its stores.

But the new announcement marks a first for IKEA—this is the beginning of its energy storage plans, in order to enable better renewable energy generation and EV charging options. It will also be overhauling its delivery fleet to reduce emissions with EVs and hydrogen fuels.

“We are in the most important decade in the history of humankind – climate change is no longer a distant threat, and we must all do our part to limit global warming to 1.5C,” Jesper Brodin, the chief executive of Ingka Group, which owns most of the IKEA stores, said in a statement.

“The cost of inaction is just too high and brings substantial risks to humanity and our business. We know that with the right actions and investments we can be part of the solution and reduce the impact on the home we share – our planet – while future proofing our business. For us, it is good business to be a good business,” Brodin added.

The announcement builds on IKEA’s sustainability commitments to run all of its stores entirely on renewable energy by 2025. Other commitments for the planet include changing its menu offerings to feature more vegan items—its goal is to make half of the menu plant-based by 2025. It’s also actively reducing plastic and packaging, using alternatives like Ecovative’s mushroom packaging. It’s taken a bold step in forest protection and most recently, began designing a sustainable city near its headquarters.

“We have already come a long way, and in this critical decade we need to come together to accelerate a just transition to a society powered by renewable energy,” said Pia Heidenmark Cook, IKEA’s sustainability officer.