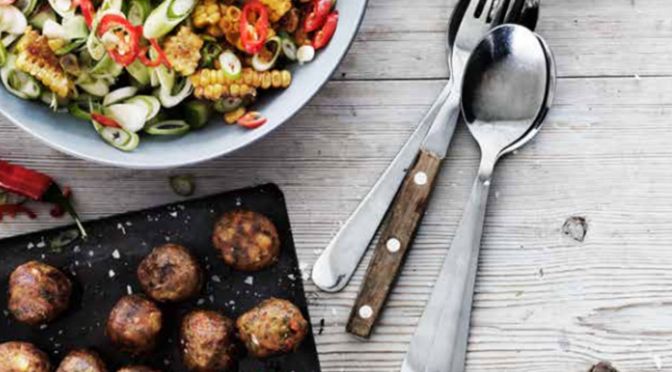 In the age of coronavirus, going out has gotten a bit more complicated. But for Veganuary, Swedish retail giant IKEA wants to make it worth your while.

UK locations have jumped in on the UK-born Veganuary campaign, which encourages people to go vegan for the month of January. It surpassed 500,000 sign-ups for this year already.

Ellie Pniok, Commercial Food Leader for IKEA UK & Ireland, said Veganuary aligns with both UK habits and IKEA’s mission. The number of Brits eating vegan in the last two years jumped 15 percent. And, according to Pniok, sustainability is “integral to everything we do at IKEA.”

“From evolving our food offering and reducing our impact on the planet, to innovating the materials we use in our products and providing easy and affordable ways to reduce waste,” she said.

Tackling the Climate Crisis One Bite at a Time

“Unsustainable consumption and climate change remain some of the biggest challenges for humanity,” the IKEA website states. “We want to make healthier and more sustainable living easy. But it’s more than just offering smarter products – we want to create a movement for better, more sustainable everyday life.”

Alongside the minimalist flatpack furniture (ticking all my Scandi-chic boxes), IKEA has always been popular – in part – for the iconic Swedish meatballs served in the restaurants and bistros in their shops. With this move toward a plant-based menu, the lifestyle brand is doing its part to help the planet.

“But why a meatball without meat? Well, plant-based foods need less resources, less water and less land to feed just as many. Producing a veggie ball makes a carbon footprint that’s 20 times smaller compared to when producing a traditional meatball. By cutting meat and dairy products from your diet you could reduce the carbon footprint from your food by up to 73%.”

Made from chickpeas, carrots, corn and kale, the meatballs will be served alongside veggie hotdogs, fruit snacks, nut mixes, oat smoothies and even vegan caviar made from seaweed pearls.

The menu is only part of the work IKEA is doing to reduce its carbon footprint. It’s on target for making the last mile of deliveries in 100% electric vehicles and they have plans to roll out electric charging points for customers at all stores by the end of 2020.

And their Greenwich store in London has received an ‘Outstanding’ BREEAM certification for its sustainable construction.

“The store takes sustainability to the next level, not just in its design and architecture, but also as it was built with the local community in mind,” says Helen Aylett, IKEA Greenwich store manager.

With a focus on community and wellbeing, the store offers employees and customers alike access to a roof pavilion and garden, yoga and meditation classes, meeting and co-working spaces. It also offers workshops on how to reduce waste, reuse materials, and upcycle old products.

Last November, IKEA announced it would move toward making half of its cafe menu vegan by 2025.