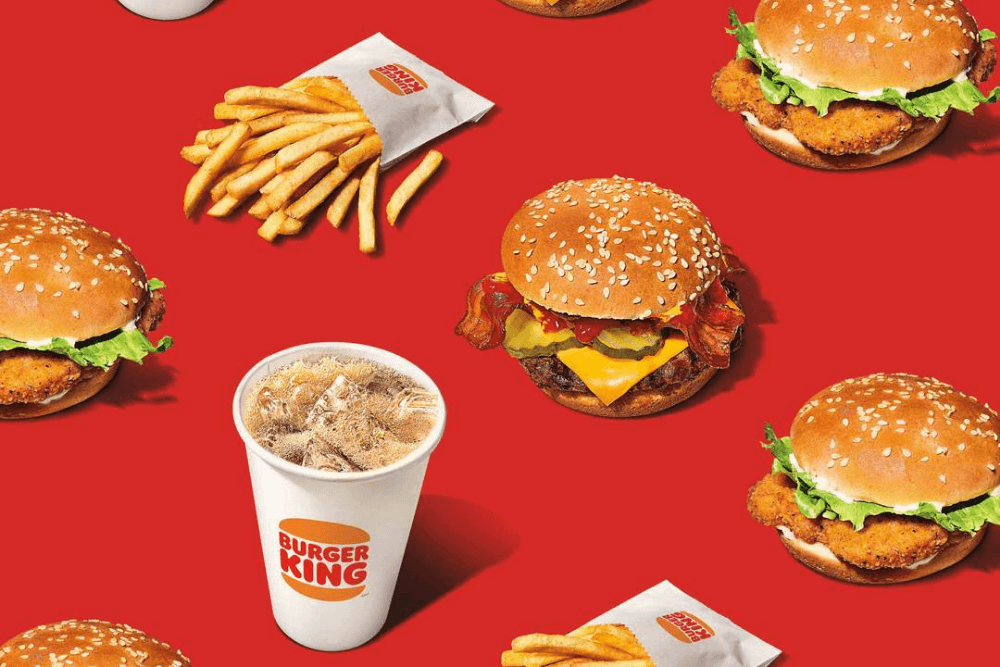 Everyone Will Be Eating Impossible Whoppers After the Pandemic, Promises New Burger King Ad

It’s a dark and confusing dystopia in Burger King’s version of life after COVID. But at least we’ll all have Impossible Whoppers.

A new ad for the Burger King Impossible Whopper marries truth and dark humor with a healthy dose of meaty meatless meat.

The new ad, “Confusing Times” takes a sardonic look at the last year and the not-too-distant future as COVID restrictions begin to lift. It starts with a man in his underwear, wearing a headset, and opening his refrigerator. “Joe wonders if this is working from home or living at work,” the voiceover begins.

From there it cycles through many of the tropes of the last year: the can’t-quit relationship with pajamas, quarantine dating challenges, Zoom calls, the awkwardness of real-life un-mutable conversations, and sneezing into elbows. It takes a jab at sustainability, pointing to Dustin, a well-intentioned man who bought a book on climate change to read during lockdown. But it was shipped from the UK inside a box filled with plastic wrap. “Now, he’s confused,” the narrator says as Dustin rips the box up.

Confusion is the theme as scene after scene plays out in awkward ironies. The ad even makes a subtle commentary on the conspiracy theories of the last several years by highlighting a non-political one with a screen flashing a “the earth is flat” message.

It’s all setting the tone though for the last 20 seconds of the spot: a not-so-subtle plug for the Impossible Whopper—a burger aptly suited for modernity.

“These are confusing times,” the voiceover reminds the viewer, “which is just about the right time to have the Burger King Impossible Whopper. A Whopper made without beef that tastes just like…a Whopper,” he says.

The spot was produced by ad agency David Madrid.

“After months in the making, we are super excited to share our latest campaign for Burger King! It is inspired by the confusing times that we’re all living right now, beautifully directed by Juan Cabral, and produced by MJZ and Pickle Music. Thanks to our amazing clients at Burger King and the team behind this,” André Toledo, executive creative director at David Madrid, said in a LinkedIn post.

Confusing times these may be, but one thing consumers haven’t been confused about is their love of vegan meat. Sales of vegan food grew by more than 25 percent in the last year, topping $7 billion—growing twice as fast as the rest of retail. And according to Impossible Foods, more than 70 percent of its sales come from consumers replacing beef. The brand says 90 percent of its customers are meat-eaters, many of whom have been purchasing the burgers in supermarkets since its retail push began in 2019.

“Three out of four Americans now live within 10 miles of a grocery store where they can buy Impossible Burger. And when people cook it at home, they start telling friends and family about it,” Impossible Foods Senior Vice President for Sales Dan Greene said in a statement last year. “Our retail surge has become a powerful flywheel for long-term growth.”

Impossible Foods is expected to IPO before the year is over. Unlike its competitor, Beyond Meat, whose IPO brought a $1.5 billion valuation, Impossible could launch at nearly ten times that, sources say.